Guns & Cornbread: Get that Kid a BB Gun for Christmas 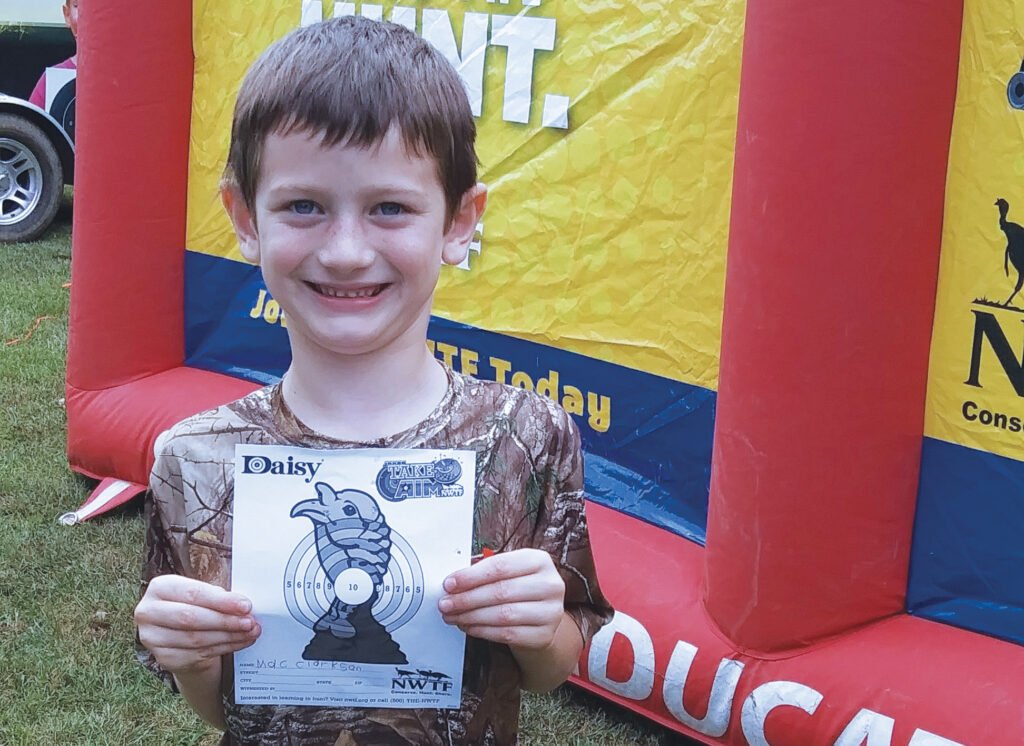 Slowly, one quiet step at a time I stalked my quarry.

It was July and it was hot and very humid, common conditions for a muddy riverbank in southern West Virginia. The air was heavy with humidity and riverbank smells, cicadas and other insects droned in the trees, a trickle of sweat rolled down by back, but I didn’t notice any of it. I was on the hunt and in the zone. (Pictured: Jakes Day at Moncove Lake in Monroe County, WV. Mac Clarkson from Gap Mills, WV on the BB gun range)

…easing up the rifle with the front sight on the unsuspecting prey, the shot sequence was as ingrained in me as breathing air. Front sight focus, take a breath and hold it, squeeze the trigger. There was a muffled report of the rifle and a gentle push of recoil and the target, a big yellow hornet, was down for the count. I continued to push through the green jungle of the river bank. I was 10 years old and carrying a Daisy BB gun.

Almost anyone who hunts… started out on a Daisy BB gun.

Almost anyone who hunts or does some form of shooting and is in my age group (baby boomers) started out on a Daisy BB gun. I suspect there are also a lot more that came along after this age group who also started on one of Daisy’s air guns. Back in the day most parents were OK with letting little Johnny run loose in the woods or on the river bank with a fully loaded BB gun.

For myself, I probably shot thousands of BBs at leaves floating on the Coal River Sycamore seed pods high in the trees, or any one of dozens of other targets I might find. It was all done away from any houses or other buildings and I cannot remember one incident where anyone or any property was injured.

It’s not uncommon to use a BB gun as a training gun.

Adult supervision and careful training in safety with the BB gun is important to the young shooter having a safe experience with the air gun. If you ask a shooter or hunter today how they learned to shoot, you’ll discover that most of them took their first shot with a Daisy BB gun. Because air guns have form and function similar to firearms, it’s not uncommon to use a BB gun as a training gun. Because Daisy is the leading manufacturer of air guns, the company takes seriously its obligation to emphasize shooting safety. 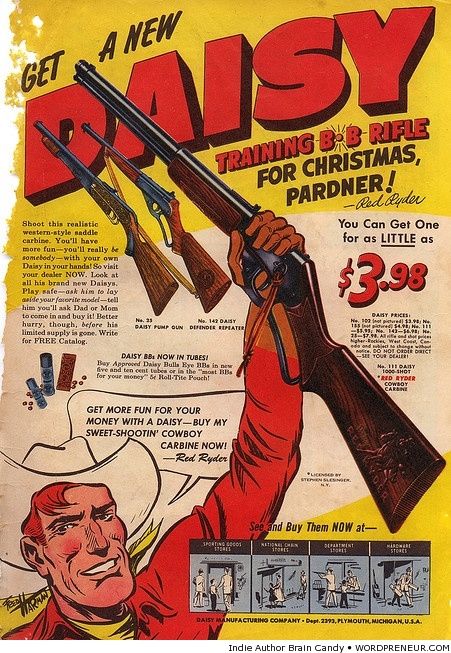 Daisy began creating educational partnerships with local schools and other organizations as early as 1948 and in 1956 established a Training Services Department, working with the American Alliance for Health, Physical Education and Recreation to make target shooting with BB guns a part of schools’ physical education curriculum. In the 1960s, Daisy partnered with the U.S. Junior Chambers (the Jaycees) to establish a nationwide youth shooting education program.

To me, the point is this; crawling around the river bank and in the woods with a Daisy BB gun is where I and a lot of other hunters leaned the basics of hunting and firearm safety. We learned how to safely carry a gun in the presence others, the importance of muzzle control with the firearm and never pointing it at anything I didn’t intend to shoot, making sure of my target and what is beyond it, and treating all guns as loaded, always. These are the foundations of all gun safety and they were all learned with that little Daisy BB gun. 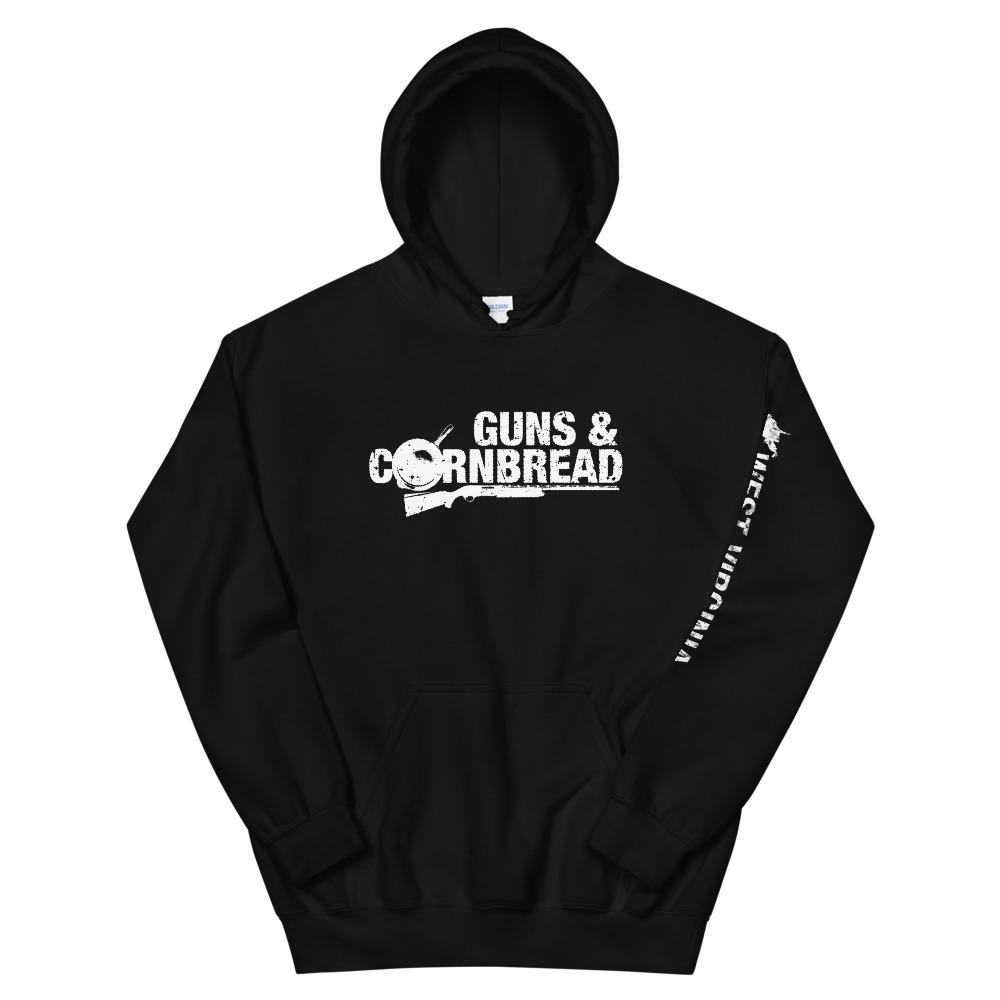 Learning how to sit quiet, stalking game, reading tracks and other signs like what food sources are we looking for in relation to the game we are hunting.

Along with the safety aspects we learned all of the basics on hunting while toting the Daisy. Learning how to sit quiet, stalking game, reading tracks and other signs like what food sources are we looking for in relation to the game we are hunting. One of my fondest memories while hunting was watching my son sneak up on a very nice whitetail buck when he was very small. The deer had come into our area while we were sitting listening for turkeys. Jesse was carrying his trusty little Buck Daisy BB gun and he asked if he could stalk the deer and take a shot. I said go ahead and watched in amazement as he proceeded to get much closer to the buck than I ever thought he would. It was hard to tell who was the most surprised, me or the deer when Jesse finally raised the little air gun after a very careful stalk. At the shot the buck threw his head up and left there in high gear.

I learned on the Daisy along with millions of others, your kids can too. There is a world of shooting fun awaiting you and your little hunters with the Daisy BB gun line, check it out at daisy.com .