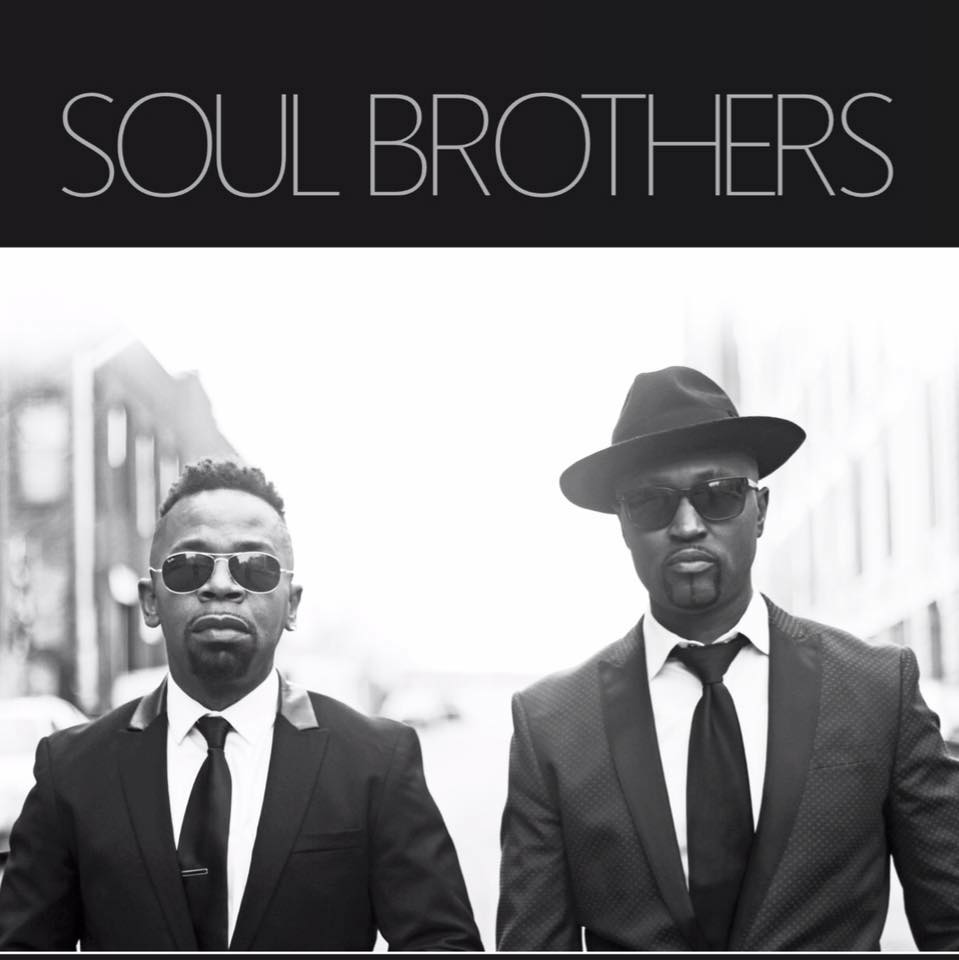 Free event returns to the State Capitol Complex on Saturday, June 18, from 5 p.m. to 9 p.m. The Herbert Henderson Office of Minority Affairs (HHOMA) announced the lineup of artists selected to perform at the 2022 Juneteenth Celebration, which – for the first time in three years – is being held in-person. The free event will return to […]

Join The Celebration! – Blooms By Bessie’s Opens In Oak Hill! 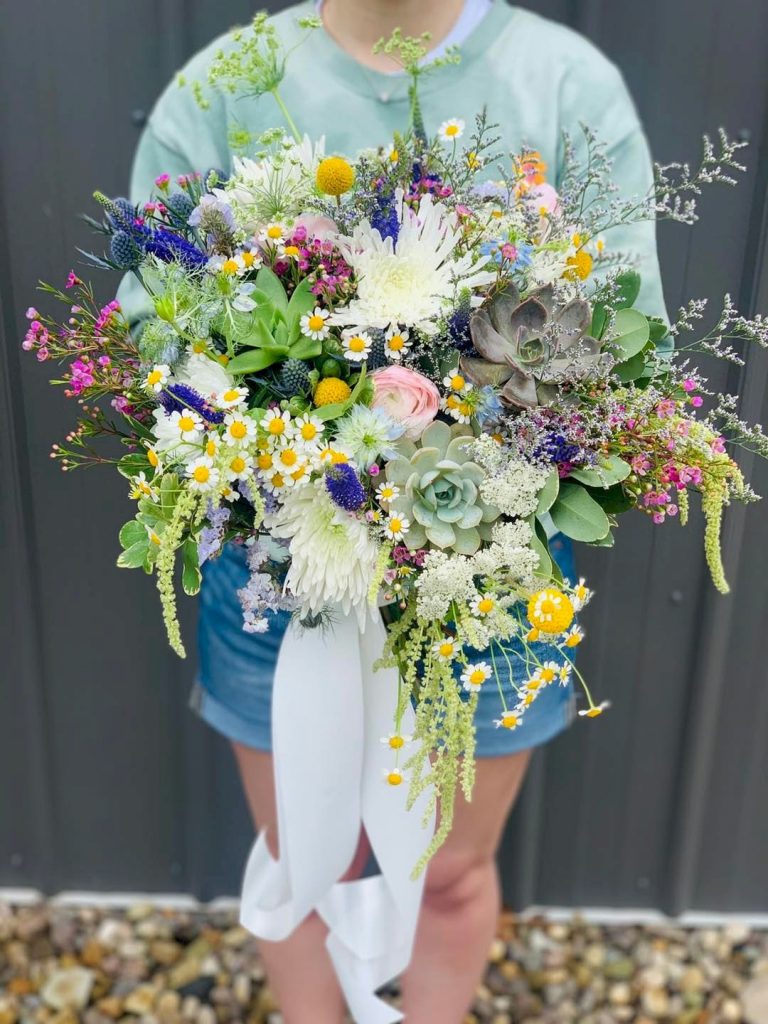 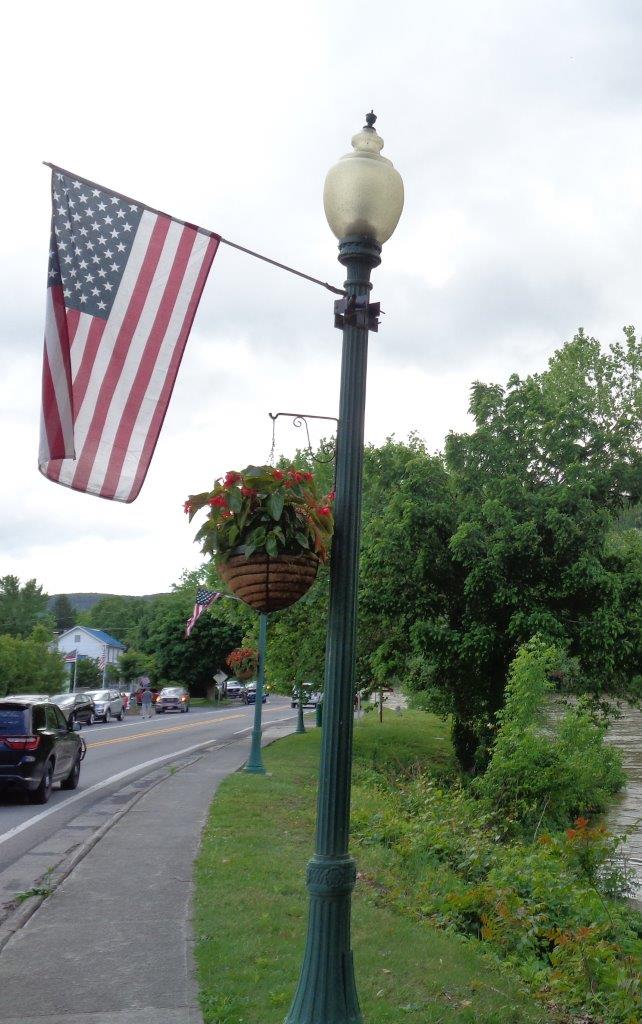 The lovely red begonia baskets once again hang on the lamp posts in Alderson.  Paid for by sponsorships from generous people and groups and watered throughout the summer by Ross Copenhaver, they brighten everyone’s day. They were grown by Blue Ridge Farms in Williamsburg; transported by Don and Marcia Sutherland; and hung with the help […]

The weekend of June 17-18, come celebrate the rebirth of White  Sulphur Springs with a music and arts festival on Main Street. A joint production between Cross  Creek Hospitality, 50 East, The Schoolhouse Hotel, and White Sulphur Springs Rotary, the weekend  will include live music, art, local food, spirits, and brews, and activities for the […] 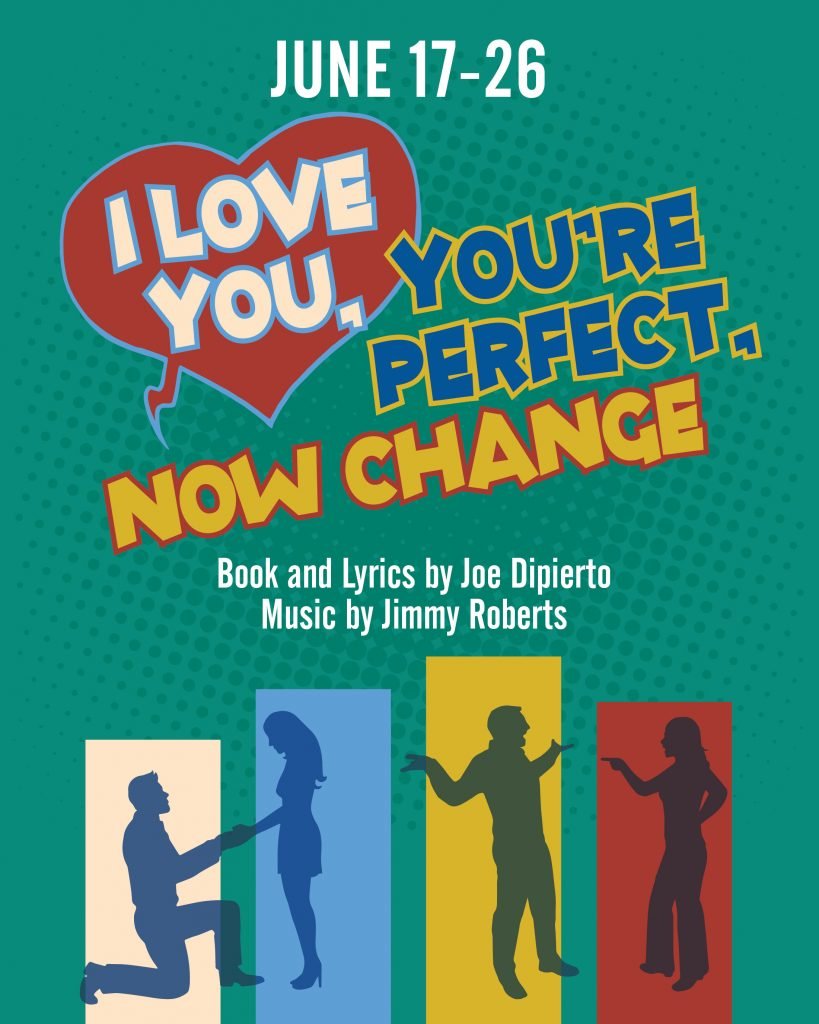 Greenbrier Valley Theatre is preparing to produce its first musical of the 2022 season, I Love You, You’re Perfect, Now Change. Written by Joe DiPietro and Jimmy Roberts, it originally opened Off-Broadway in 1997. The musical comedy is the second-longest running Off-Broadway musical. The show, presented in a series of vignettes, revolves around the many […]

Bring the Golden Age of History to WV w/ HashtagWV! 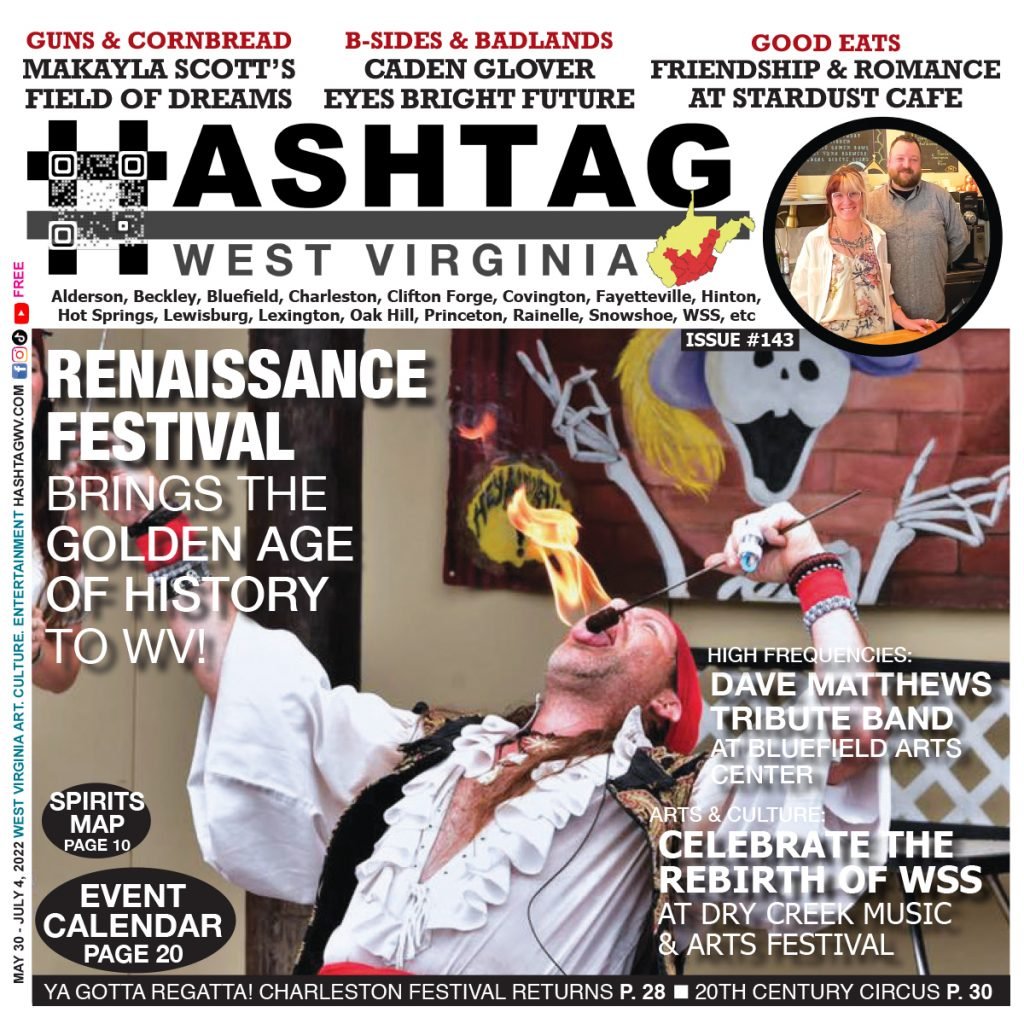 This June, bring the golden age of history to WV w/ Hashtag West Virginia! That’s right! The West Virginia Renaissance Festival kicks off the 2022 season on Saturday, June 4. Now in its fifth year, the Festival brings a month of family-friendly entertainment to the Greenbrier Valley. From theatre, live music and comedy shows – […] 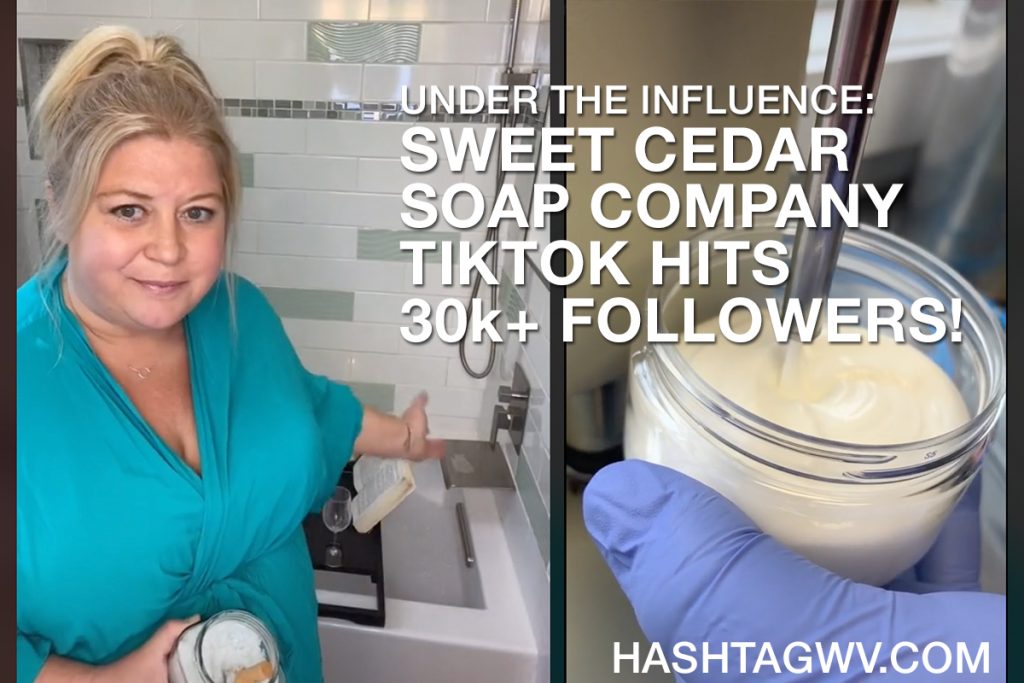 A mother/daughter team in White Sulphur Springs (Greenbrier County) are benefiting from the world’s most visited domain to spread the word about their bath, body, skincare, and clean burning candles. Erin Lovell and her daughter Sophie Bowes with Sweet Cedar Soap Company have so-far built a following of more than 30,000 folks on TikTok @sweetcedarandco […]

The 2022 Mountaineer Veterans Garden of Honor will be on display through Monday, May 30.  The display will feature over 11,000 American Flags in memory of each West Virginia Soldier killed in action serving for freedom since WWI.  “Spectacular by day – serene by night.” View at the intersection of Rt. 20 and Rt. 60. […] 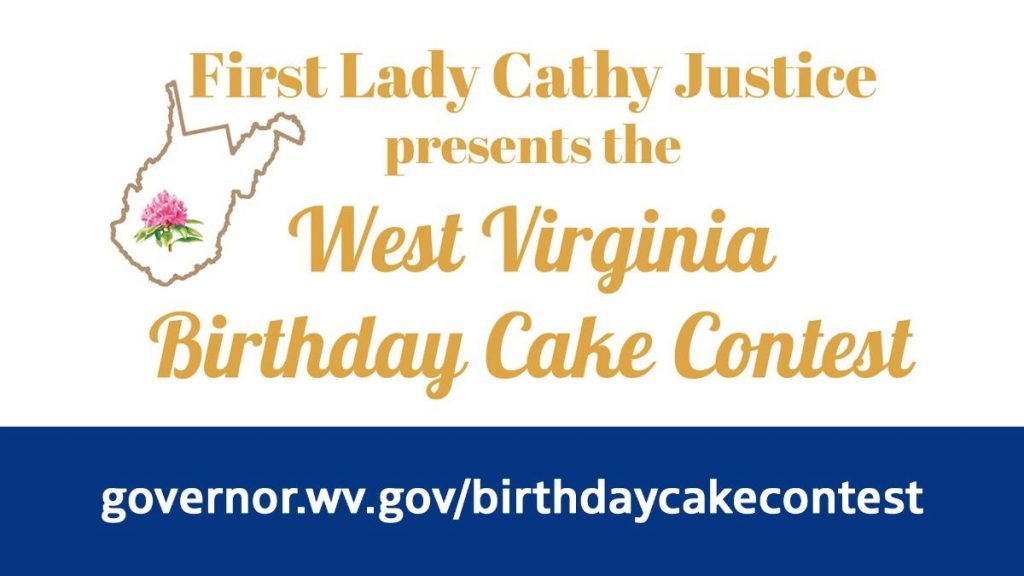 First Lady Cathy Justice announced that her office will be hosting a West Virginia Birthday Cake Contest in honor of the state’s 159th birthday. West Virginia residents are invited to create and submit an original cake recipe. One recipe will be chosen and designated the “official” West Virginia birthday cake, served every year on June […] 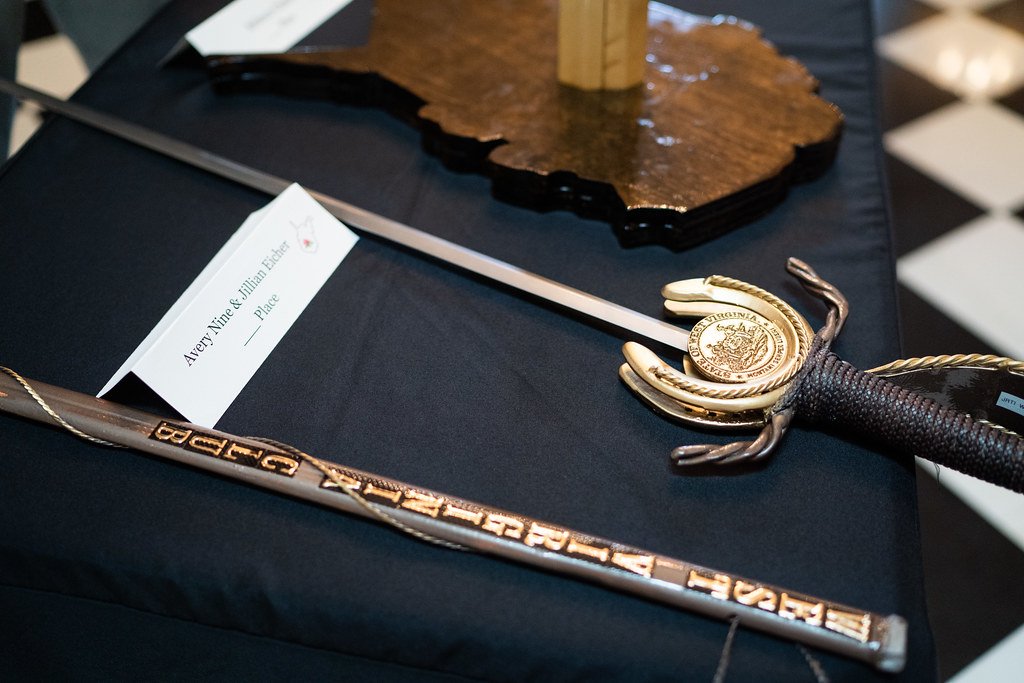 First Lady Cathy Justice announced the winners of the First Lady Student Artist Series Sword Smithing Design Contest in a ceremony, held on Monday, May 16, at the West Virginia Culture Center. The winning sword will now be used to knight the winners of all future Golden Horseshoe recipients, starting with the next ceremony on […]

‘Skyline On The River’ Bluegrass Festival Coming To Ronceverte 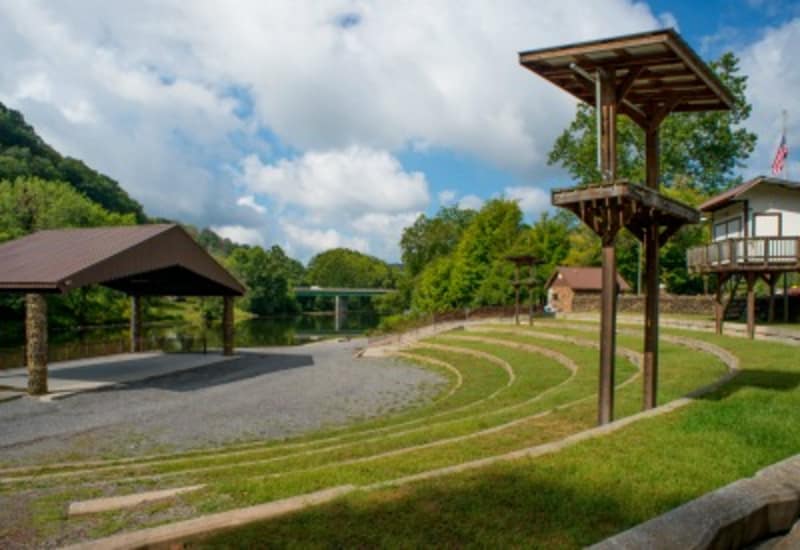 New Skyline Productions, Inc. is excited to announce it will be presenting “Skyline on the River,”  a tribute to the original Skyline Bluegrass Festival on Saturday, July 16, 2022, 5 PM – 10 PM in  the amphitheatre located in Island Park, Ronceverte, West Virginia.  The original festival took  place on the Blake Family mountaintop farm […]

Residents of Princeton are welcome to prepare themselves for a new flavor in town. Chef Kevin Hall has announced the opening of Jimmies Restaurant on May 20th, 2022, located at its original location at 839 Mercer Street. Initially founded in 1922, Jimmies Restaurant is now an American diner fusing well-loved classic diner fare with a […] 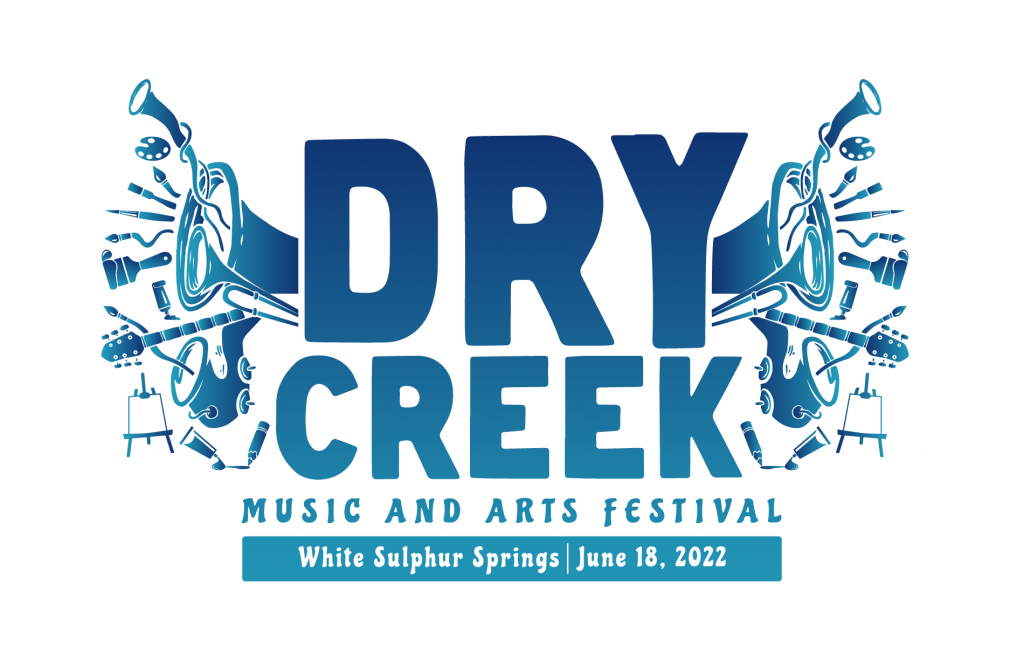 The weekend of June 17-18, come celebrate the rebirth of White  Sulphur Springs with a musical and arts festival on Main Street. A joint production between Cross  Creek Hospitality, 50 East, and White Sulphur Springs Rotary, the weekend will include live music,  art, local food, spirits, and brews, and activities for the kids.  We gather […] 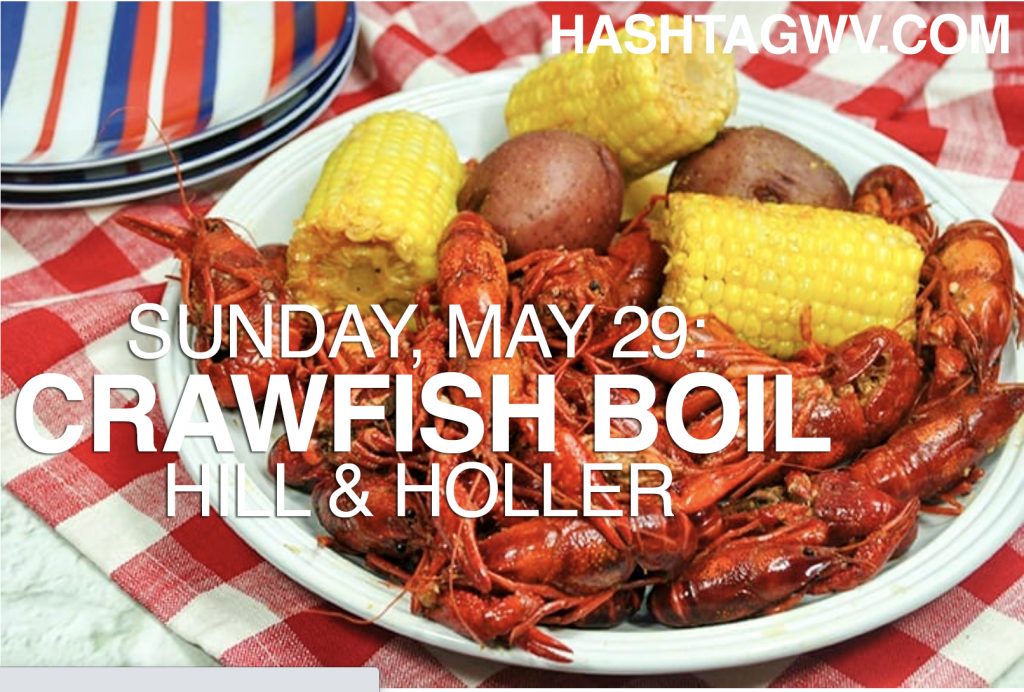 Have you been catching an envie for crawfish? Well, Hill & Holler in Lewisburg (Greenbrier County) will be boilin’ down da bayou with a crawfish boil! Enjoy New Orleans cocktails, a gourmet Bloody Mary bar, music and merriment, and hundreds of pounds of fresh Louisiana crawfish! On Sunday, May 29, they will hold their second […]

In the Spirit: Tales of Tequila 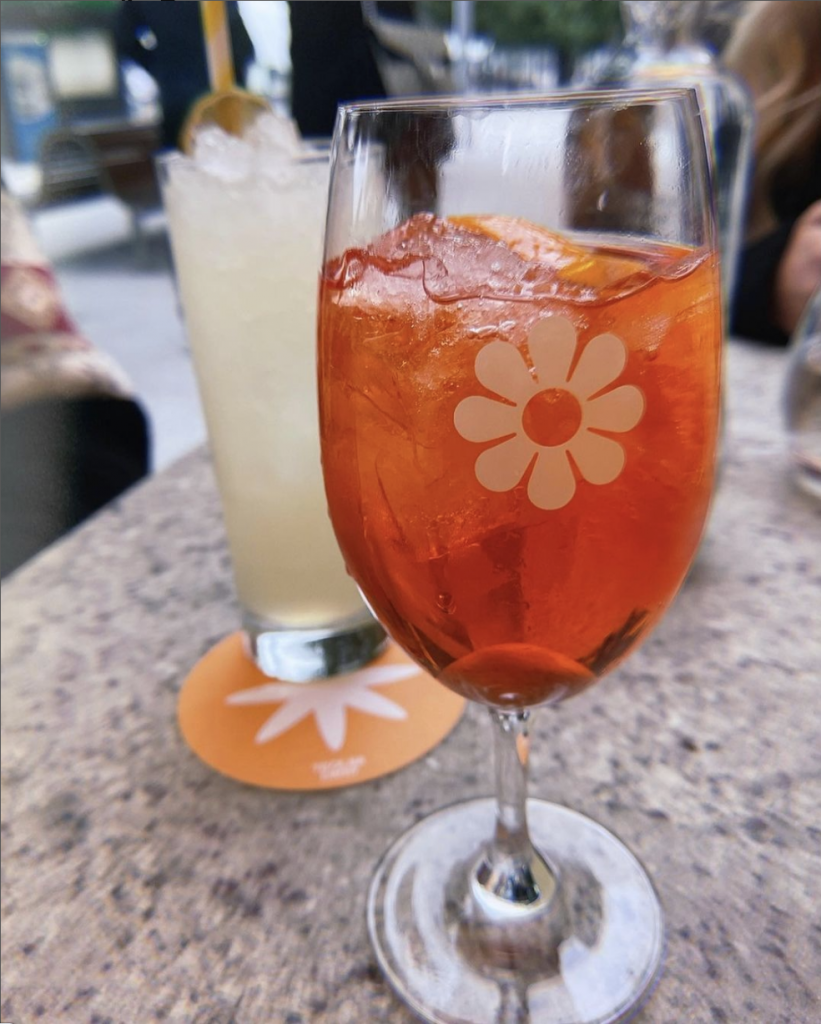 The month of May and the celebration of Cinco de Mayo seems to be the perfect time to share the history of Tequila. There is something to be said about the back story of a spirit and knowing that information gives you more appreciation for the product. Have you ever heard the saying “All bourbon […]

HashtagWV, your Unique Source For all Things Art, Culture, and Entertainment in West Virginia 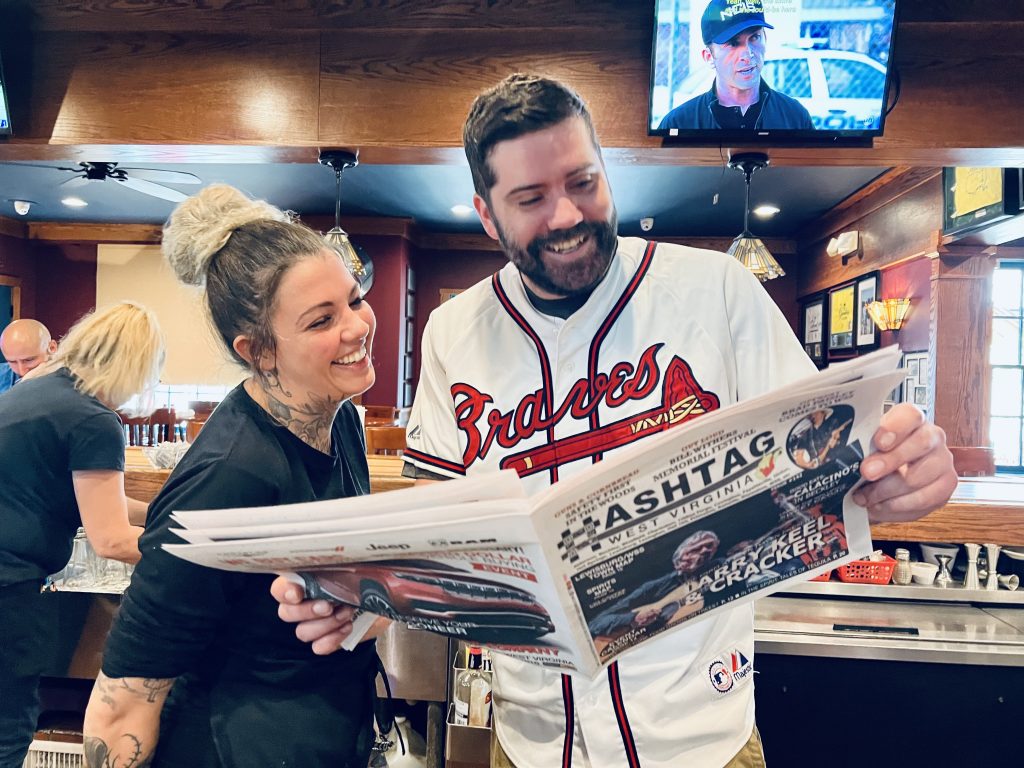 An Incredible Lineup During Story Sessions at Pocahontas Opera House 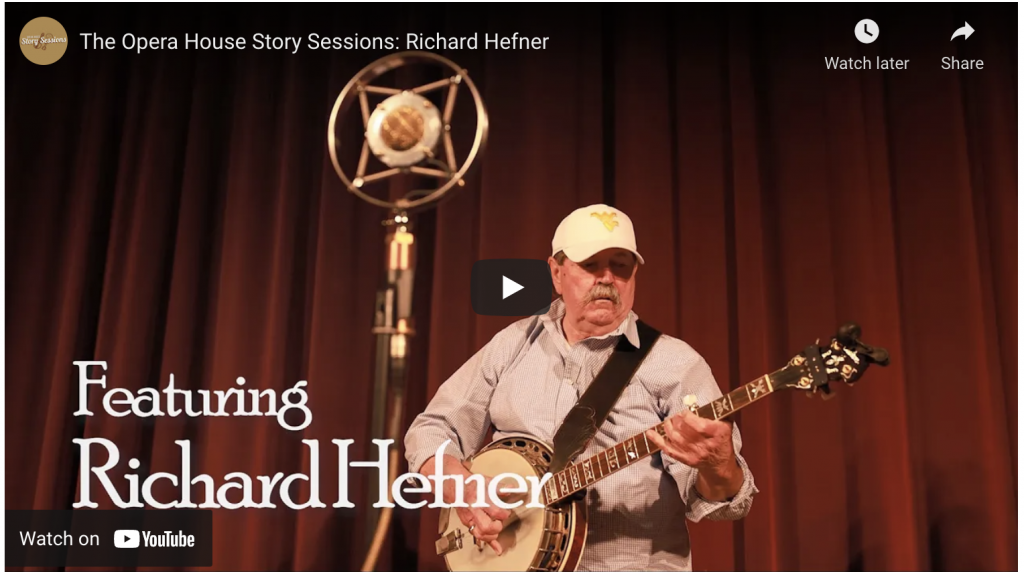 The Pocahontas Opera House Foundation is expanding the Story Sessions Project into a podcast and five more video episodes! Starting Monday, May 9, the brand-new podcast will be aired on the Opera House Radio Hour on Allegheny Mountain Radio at 1 PM or wherever you listen to podcasts. The podcast and season two videos will […] 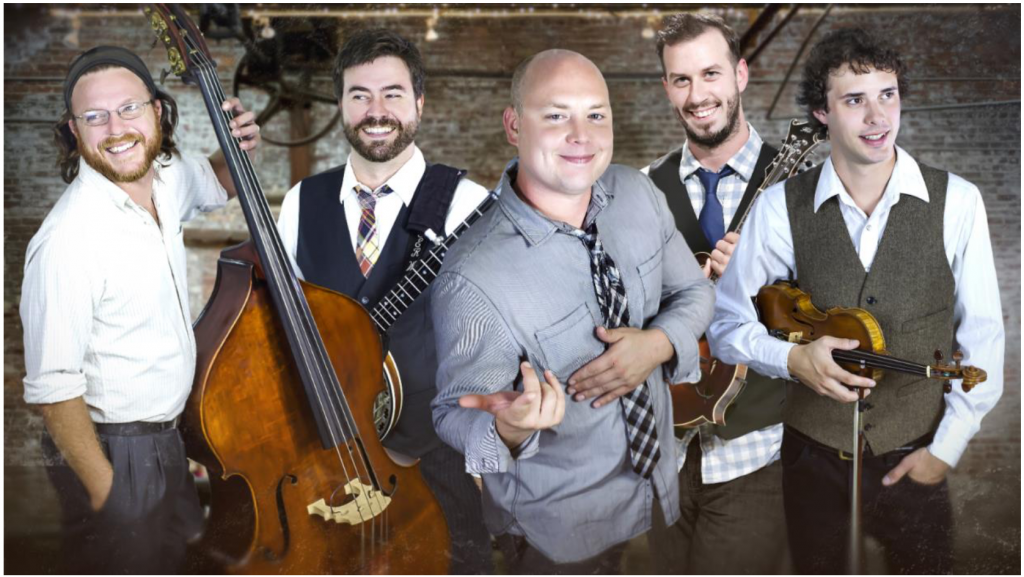 Don’t miss a fantastic Summer Music Series at the Historic Masonic Theatre and Masonic Amphitheatre in Clifton Forge, VA (Allegheny County this summer 2022 featuring Bobby Blackhat, Runnin Shine, the Whiskey Rebellion, and so much more! This year’s series will be one concert per month from July through September with multiple acts for each show. […]

Best Things to Do this May w/ Hashtag West Virginia! 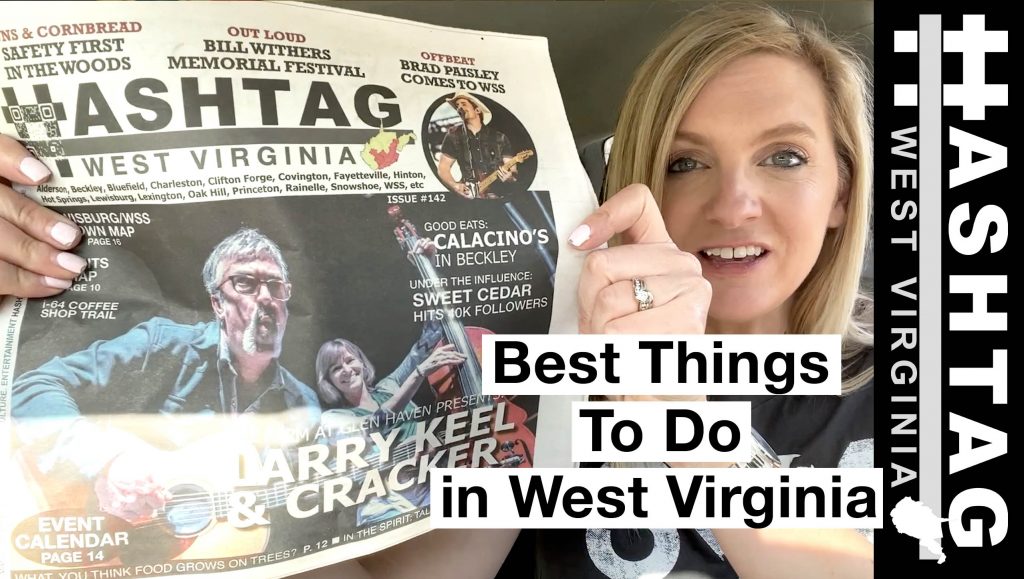 Now that we have entered the month of May, we are excited to share several things to do in West Virginia and the surrounding Appalachian region! On the cover features the legendary Larry Keel, who will be performing at the Farm at Glen Haven on Saturday, May 28. 90’s band, Cracker will be headlining this […] 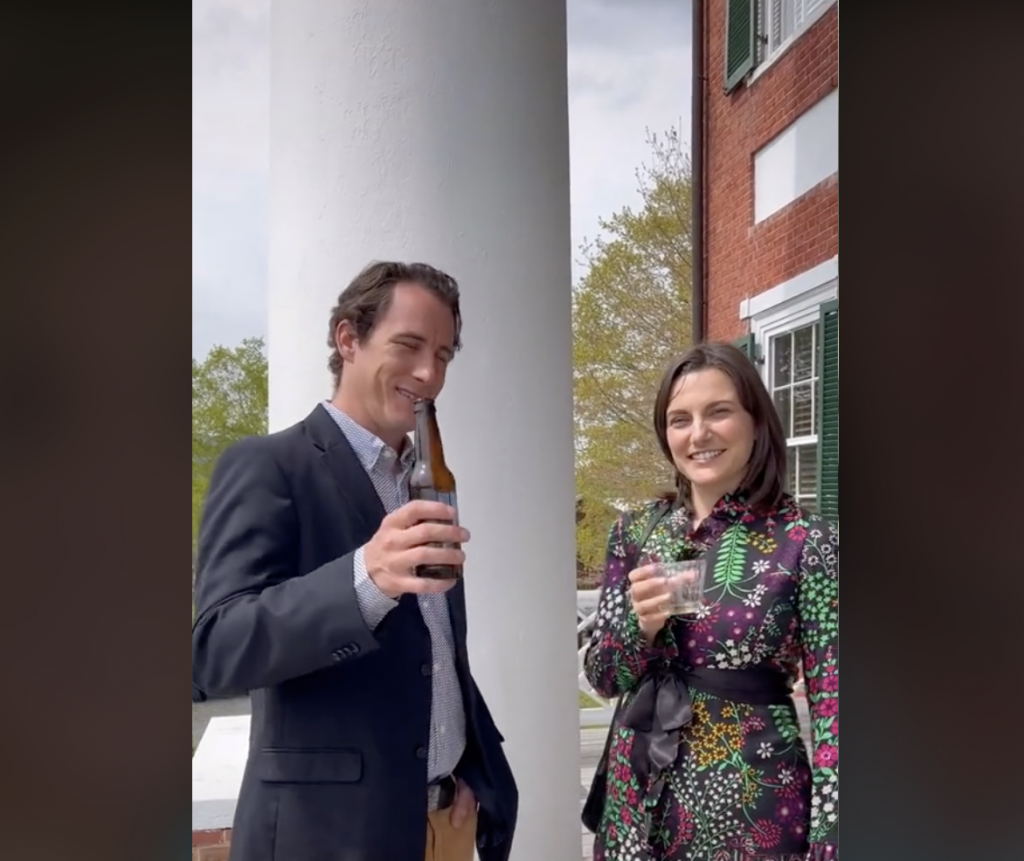 The Monroe County Historical Society hit a home run on Sunday, May 1st as upwards of 90 people turned out for the Spring Wine & Cheese Fundraiser. Held at Elmwood Estate in Union, West Virginia, the fundraiser featured plentiful wines, food, artwork, and nineteenth-century dresses on display. There was also live music by The Bohemian […]