Eye on the Sky: We, Lost in the Chasm of Space. 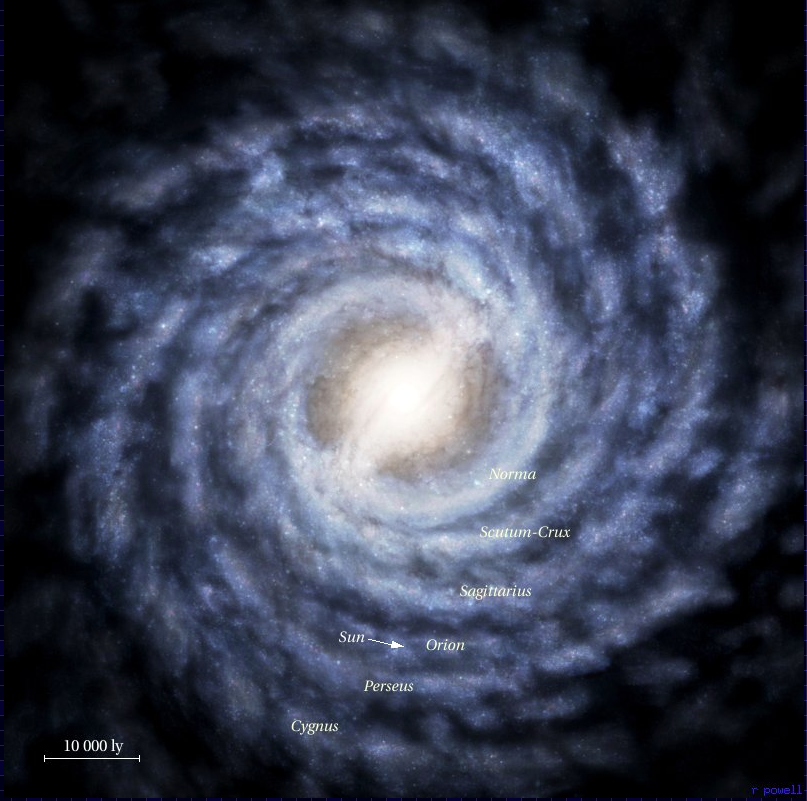 Hello, once again fellow astrophiles! Well, we’re in the dead of winter now and I’m sure many of you don’t relish the idea of standing around outside freezing your tootsies off looking up at the sky. I have to admit it can sometimes be hard for me to open the door too, but the winter sky is so crystal clear and the stars so sharp and bright that it’s definitely worth taking a look every now and then. (image above ESA/Hubble)

In the absence of the Moon, the sky will be inky black

A good time to look up and just admire the view is right at the beginning of the month when the New Moon occurs on February 1. In the absence of the Moon, the sky will be inky black, perfect for observing the celestial wonderland above. 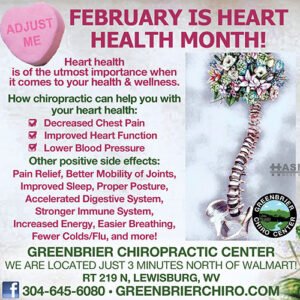 One of my favorite things to do this time of year is to look for my old friend Orion the Hunter as he makes his nightly march across the winter sky. He is most easily located by looking for the blazing white stars that make up his belt. These three stars, known collectively as the Three Kings, lie in a straight line and can hardly be missed. They bear the exotic-sounding names (east to west) of Alnitak, Alnilam, and Mintaka.

Each is in fact a massive blue supergiant star, many thousands of times brighter than our sun and hundreds of light-years away. I’ve included a picture of Orion so you’ll know what to look for. Once you see him you will never be able to unsee him, and he’ll be your wintertime companion for the rest of your life. 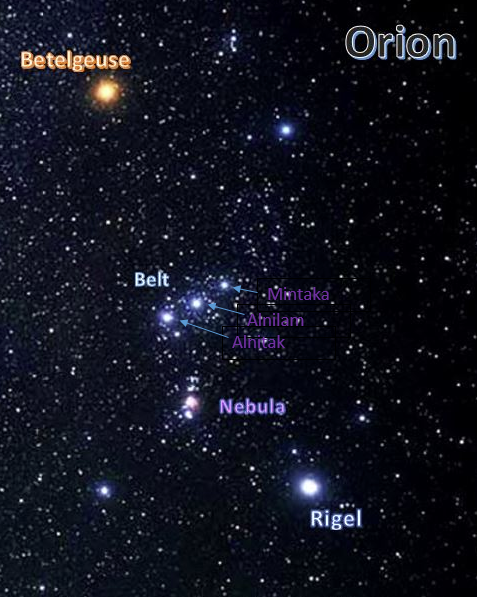 Once you see him you will never be able to unsee him, and he’ll be your wintertime companion for the rest of your life.

Exactly what Orion is doing up there as he traipses across the firmament depends on which piece of Greek mythology you read. According to some tales, he is pursuing the Seven Sisters of the Pleiades, in a display of ardent amorousness that apparently never ends (see my article about the Pleiades star cluster in the November 2021 issue of HashtagWV).

In other tales, he is bravely standing up to the charging bull Taurus, and in yet others, he is hunting the hare Lepus with the help of his two dogs, Canis Major and Canis Minor. All of these figures are represented in the sky by constellations located close to Orion. If you’re interested in poetry, check out the poem about Orion called ‘The Star-Splitter,’ by Robert Frost. 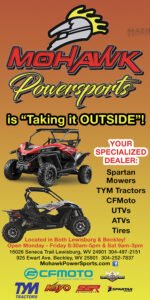 During the winter months, Earth is positioned so that, when we look at the night sky, we are looking out into the dark and eerie outer regions of the Galaxy.

Another thing I like to do this time of year is to just stand and stare at the Milky Way for a while, contemplating exactly what it is I’m looking at. During the winter months, Earth is positioned so that, when we look at the night sky, we are looking out into the dark and eerie outer regions of the Galaxy. This is home to the Perseus and Cygnus spiral arms. Beyond that, there is nothing, save the terrifying abyss of intergalactic space, where each island universe is separated from its brethren by millions of light-years. I’ve included a map of the Milky Way Galaxy to help you ponder our place in the unfathomable immensity of the cosmos. Looking up and pondering the grandeur of the universe like this is almost guaranteed to bring back that sense of awe and wonder that seems to disappear as we get older. I think we could all use a little bit of that back in our lives.

Zooming back into the homeworld, we find that we don’t even necessarily have to plumb the depths of the Galaxy to witness sights of astonishing beauty and wonder. On February 2, a very thin crescent Moon will sit close to Jupiter in the southwestern sky just before sunset. If you can, take a moment out of your busy day to witness them slip below the horizon. The awesome machinery of nature sets the stars and the planets in their courses. Titanic forces capable of destroying our tiny planet in an instant shape and mold the cosmos, completely oblivious to your puny presence here on Earth. Will you take the time to notice? 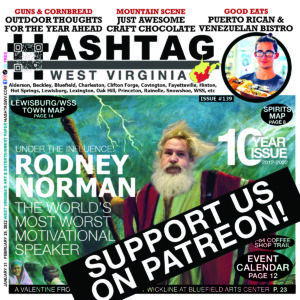 This month’s full Moon occurs on February 16. Ancient Native American tribes knew this Moon as either the Snow Moon or the Hunger Moon, both for obvious reasons. In my opinion, winter full Moons are the best ones of all, especially when viewed against a stark and snowy winterscape.

Well folks, that about wraps it up for this month. Just think, only one more month and it will be time for the vernal equinox! Until next time, remember – always keep an Eye on the Sky!