With a clandestine network entrenched inside the local music scene, The Deep State is a group of local musicians who draw from a variety of musical styles. They are known to have connections to local music venues, bars, and while they do private events they are no wedding band and play high-energy shows that center around groove, funk, jazz, and rock. See them live on Friday, August 13th at Big Draft Brewing in downtown White Sulphur Springs.

With a clandestine network entrenched inside the local music scene, The Deep State is a group of local musicians who draw from a variety of musical styles.

Made up of a variety of music scene veterans, the Deep State delivers all original music with occasional forays into improvisation. Band members are bassist/vocalist, Dan Freeman; drummer/vocalist, Josh Adamo; guitarist/vocalist, Josh Baldwin; Bryan Carr on brass; and guitarist/vocalist, Nathan Seldomridge. The band tells us that some of their best moments happen in the studio during a practice, “It’s about getting to that moment all together—like we all just crested the ridge and see the vista at the same time. Sometimes it’s soft and beautiful and sometimes it’s loud and chaotic.” 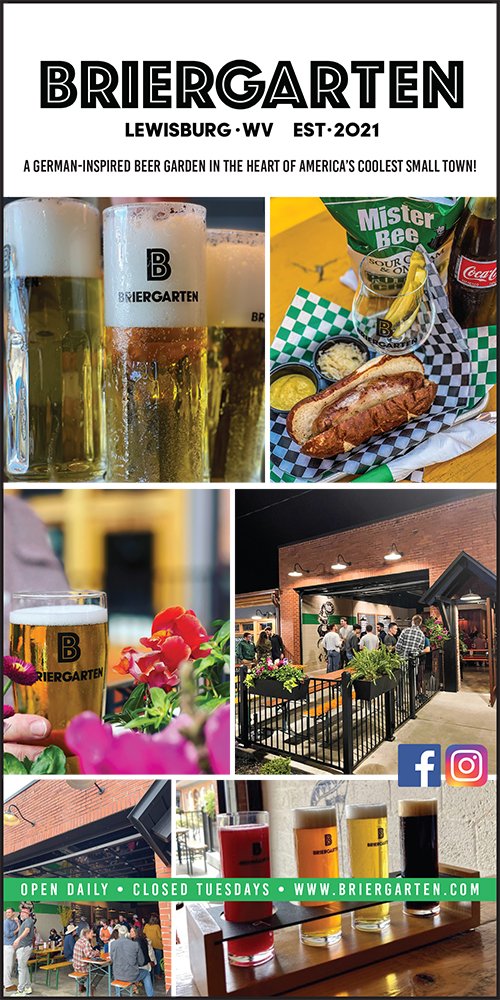 The band’s origins began about 10 years ago without any assassinations or coups.

While the current lineup formed over the COVID lockdown, the band’s origins began about 10 years ago without any assassinations or coups. It was just a group of friends who wanted to play good original tunes. Josh tells us, “Adamo and I have been playing together for almost 10 years. Nathan started playing with us a couple of years ago and Dan had actually played a little bass in my old band, The Jarmovers, and of course, plays with Nathan in Seldom Free. So, it really kind of started just as a weekly jam session and evolved from there.”

…”it’s a completely judgment-free zone. And that aspect is something I love about this group.” – Nathan Seldomridge

Nathan says, “For me, the weekly get-togethers are crucial. Musicians are in the game of performing in really high-pressure situations-where there’s this expectation to perform in a tight, rehearsed manner but our weekly sessions are anything but. Oftentimes, we don’t even play songs. Someone we’ll just play a riff or chord and we’ll milk it until we don’t feel like it anymore. And there are bad moments, but it’s a completely judgment-free zone. And that aspect is something I love about this group. It’s a totally unique and freeing sensation.”

The band goes on to share the story behind their name, “Well, it’s kind of ambiguous in the sense that can mean a kind of “anti-ness,” a kind of subversion, whether politically or in our case not, and then also a deep meditative state.”

If you check out a recent video of theirs from Live at Carnegie Hall, they have a song called “Sausalito” that segues into Nathan’s original “Made the Time.” In those 12 or so minutes you get straight guitar riff rock, a groove jam with trombone, some spaciness, then a jazzy song with a Latin/Mexican jam in the middle. “I think it’s really indicative of how these guys can move through different genres with real ease. It’s a testament to how talented they are,” says Josh. 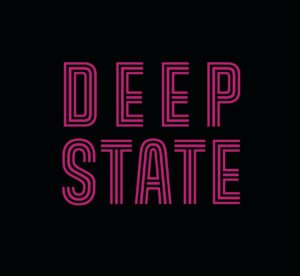 “Carl Jung said the first half of life is developing a healthy ego, and the second half is letting go of it.”

They mainly originals and may sneak a cover or two in there, but for the most part, they say they have no interest in being in a cover band. Josh tells us, “Carl Jung said the first half of life is developing a healthy ego, and the second half is letting go of it. Musically, I think we are all in that second half – putting what we want out there and letting it be whatever it is. Improvisation precludes a real sense of comfort and, for me, that danger is what makes it thrilling. Don’t get me wrong, I love to play some cover songs, but this band isn’t about that.”

The Deep State’s music will soon be streamable.

The Deep State’s music will soon be streamable. Josh tells us that “During the pandemic there really weren’t any shows to practice for but we had a bunch of creative energy and were working through new songs. We worked out a situation with Carnegie Hall where we could bring in our own sound engineer and video team and we recorded about 10 songs on the stage. We’ve been working on editing those down into clips that you can view on our facebook page @Deep-State-110620581297452 or search ‘Deep State.’”