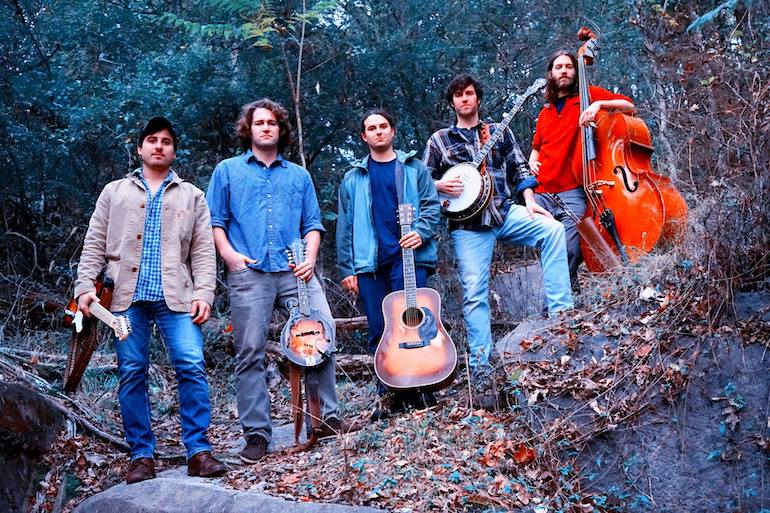 The Appalachian Trail worms its way up and down the east coast for over 2,200 miles. Anyone who has hiked any length of the woodsy footpath knows of its rustic beauty, harkening to a vibrant history of hard-working families and a heritage nestled in the annals of time. It contains unlocked mysteries and fables far removed from the life we now know.

Out of Richmond, Virginia, jam-infused Bluegrass band South Hill Banks regal a haunted tale about hitchhikers with “Appalachian Blues,” an essential cut from their 2018 studio record, No Time for a Breakdown. They are coming to Lewisburg on Friday, May 3 to perform at Greenbrier Bowling & Recreation Center. Through the gnarled story, smokey lead vocalist Lance Thomas unpacks unspeakable darkness and mystique, his hushed whispers peaking through honeyed layers of guitar, mandolin and banjo. Bandmates Eric Horrocks (mandolin, vocals), Ryan Horrocks (banjo, vocals), Dan Fiasconaro (electric guitar, vocals) and Justin Doyle (bass, vocals) let the arrangement breath with a terrifying swampiness and intensity. “For a poor boy in the spring, there ain’t no better path in the world to choose,” warbles Thomas.

“My grandparents owned a restaurant right off the Appalachian Trail. We would allow hikers to hike on the property,” explains Horrocks of the song, which glistens ever-so-slightly with a tragic lushness. “Working here, we got to see a lot of hikers. It’s a tribute to those hiking the trail, and the song is in a minor key. Hikers can be mysterious.”

The latest collection, which contains plenty of cheery optimism and regard for life’s tangy sweetness, is their second full-length. Across 11 tracks, the band bends and twists styles as easily as a change of clothes. Their rapid finger-picking operates as a storytelling mechanism to allow each chapter to breathe on its own. “When we first started, we didn’t know where this may go. With starting out as a three-piece, we would play local bars and grocery stores just to make a few bucks and have a good time with friends and family,” says Horrocks. “The music we write and play really shows our experiences in the past four years and beyond.”

Below, Horrocks discusses lessons learned, their live shows, and so much more.

Musically, you fuse bluegrass with jam-band rock styles, was that a conscious choice early on or did it come about rather organically in those early days?

I think this came about organically. The instrumentation allows us to really explore genres in a way that a traditional arrangement might not be able to achieve. Our influences go far beyond bluegrass, and I think our music mirrors that. We all come from a wide range of influences, and that is where a different sound may come out. We play bluegrass instruments but like to be able to explore so much future. 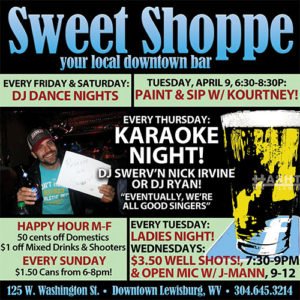 The instruments equally work together to weave a pretty dark tale all their own. How do you know what a song needs, especially in regards to such songs?

We usually begin writing a song by having a draft or an idea of the way we want a song to play out. Often times, the tune may change a bit over time. I think this is an organic process when a song is brought to the table. We all try to find the “flavor” of a song and come to a consensus on what should go where.

“Matt Jam” is another moment that really underscores the playing and musical fusion. How did this one come together?

This was developed by a bass line and then a little turnaround lick. With jamming on it for a while, we all put together collaborative ideas to make it something special.

“Moving on My Mind” has one of my favorite lyrics: “How can life get any better / When you’re sitting inside just waving at the weather / Don’t tell me where to go, I got moving on my mind.” In talking about this song with New Noise magazine, Fiasconaro stated how it was about leaving things behind as a way to really live. Has that been a journey for everyone?

We believe it’s important to leave some things behind in order to move forward and take what we’ve learned from the past and use it as fuel for the future.

With “Buckingham Palace,” a vocal-less composition, what is the process in evoking grandeur and telling a story with just instruments?

This was written by our mandolin player and was originally two different ideas entirely. Sometimes, we write words before music and sometimes, music before lyrics. When writing music before lyrics on this one, we decided that it should stay an instrumental as it has everything it needs.

Later, you incorporate Middle Eastern flavor with “Pharaoh.” What led to this song?

I started researching Sitar instruments a couple of years back and became very interested in the sound and tone it produced. I wanted to try to put together a melody that resembled the sitar. After bringing the melody to the band, we developed it into this function tune.

Do you often find arrangements will greatly shift or transform with your live shows?

We definitely like to keep things fresh, unpredictable and dynamic during the live shows. We have specific spaces that we allow open jamming and improv and specific spaces that are more structured. With that said, anything can happen during the live performance. Our live shows open up so many opportunities to play around with structure or style. We share an excitement for the exchange a live show brings, and new ways to elevate that experience are always on the table. 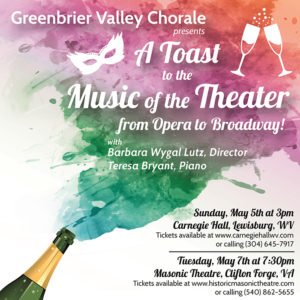 Ultimately, what did you learn through making this album?

What is it about the vitality of Richmond that has kept you rooted there, instead of relocating to Nashville or another major music hub?

Richmond has a great scene, musically and culturally. It’s a great place to live, write and grow as a band. Being right in the middle of the east coast allows us to easily travel to some of our favorite places to play.