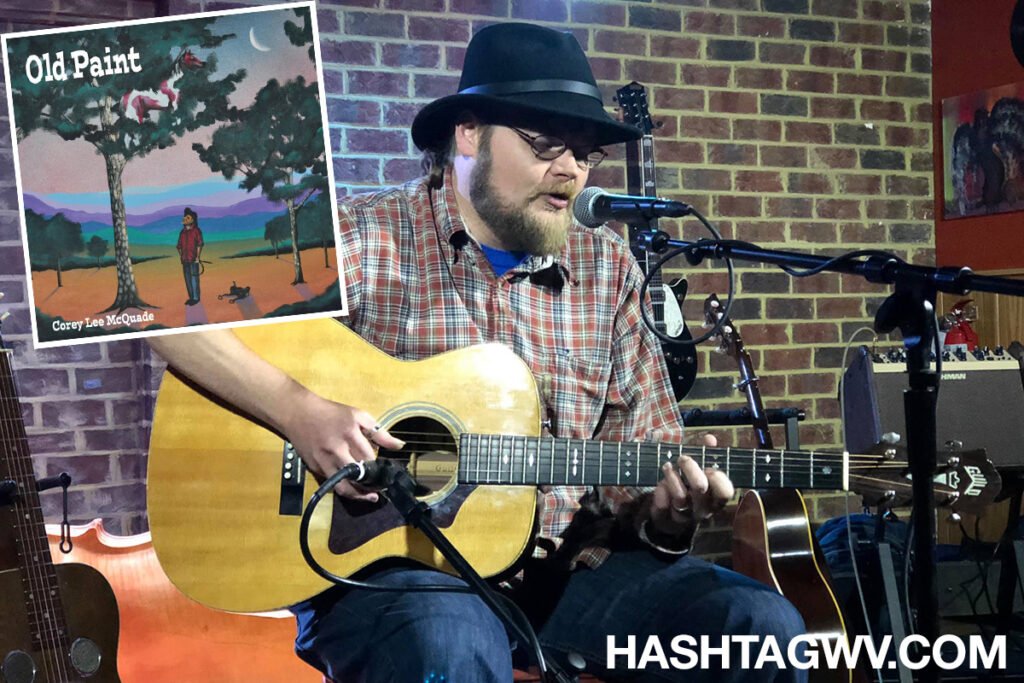 Rating: 4 out of 5 stars. This album was sent to HashtagWV for review.

“Running on Fumes” greets the listener with a deathly gasp. “Crawling into tomorrow, dragging yesterday behind,” Corey Lee McQuade sputters, as he tears his limbs through life’s gloomy mud pit. He’s exasperated from the state of things, turning on the tap until the spout nearly bursts. Old Paint is an emotional dumping ground needled together with rustic Americana patches that work to capture a complete picture of life out in the country.

McQuade’s voice swallows you whole with such essential cuts as “High Water” and “Gospel,” both utilizing gospel, folk, and bluegrass traditions as jumping-off points. A scruffiness in performance lures you in, allowing the singer-songwriter to deliver on a promise for emotional sacrifice. With “The Lost and Found,” perhaps the most affecting entry, the Lewisburg native forges his deep lonesomeness as a howl to the moon, the sort of vocal that sends shivers down your arms. “Buffalo Creek” elicits a similarly fashioned response, owed not only to a rootsy lead but the production that is nothing short of spooky. “Decimation in its wake / None were spared for heaven’s sake,” sings McQuade with a liquid tongue.

In “Duct Tape Will Fix Most Anything But It Won’t Mend,” he laments lost love, as he pops out a photo from a cobbled together frame and tears it in two. Moments later, he heads out to a local watering hole with “What in the World Am I Doing Here” and finds himself pouring tears into his beer, while sitting on the sidelines watching his ex twirling on the dance floor. “They’re together and I’m drinking all alone,” he moans, harmonica and fiddle chugging along in the background. He can’t avoid the heartache (it’s nearly suffocating), but punching holes in the wall or wrecking general havoc in his life won’t change anything. All he can do is write about it.

Old Paint (mixed and mastered by Brad Kinder at Big River Records in Charleston) boasts a bevy of players, including Lars Swanson (bass), Paul E Johnson (guitar), Brian Bell (guitar), Xander Hitzig (fiddle), Chance McCoy (fiddle), Garry Segal (harmonica), Jay Hayes (washboard), and Mark Schimick (mandolin). 15 songs is a tall order, and an impressive one at that. It’s rare artists manage to compile a record with few, if any, skips. Old Paint is forever haunted by the past, as much as it is a mirror of the present smeared with misery and resentment. The greatest lesson here is: whatever will be will be. | Find this review at christinae6.sg-host.com and make plans to see Corey Lee McQuade on Friday, February 11, 6pm. He’ll be performing at Weathered Ground Brewery located at 2027 Flat Top Rd. in Cool Ridge (Raleigh County).