Grandpa Larry: How I Quit Smoking.

So, here is how I stopped smoking. I started when I was fourteen and smoked around a pack a day for twenty two years. The end of this enduring time began when my wife and I had a meaningful conversation with a young man who asked us if we knew why we smoked. We both said, we weren’t exactly sure, and he said, “You are smoking because it is a consistent tax revenue and you have been encouraged to smoke by the government and the media.” Well, we were young rebels and that was a stimulating argument. It was in the time before smoking was labeled as a carcinogen and ads showed doctors with cigarettes. 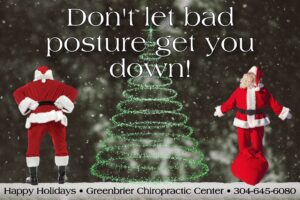 I was in charge of when I smoked, I wasn’t responding to the craving, and this gave me personal satisfaction.

I liked to smoke, but recognized that it was harmful to my health and would eventually cause me harm. So I decided to smoke two times a day, once in the morning and once in the evening. After that conversation with our young friend, my wife had quit cold turkey, being a stronger individual than I, so I had to escape somewhere for my two daily cigarettes, and not be a temptation to her. They were meaningful times, out at the end of some dock, or walking around some motel parking lot. They became times of reflection. And I was in charge of when I smoked, I wasn’t responding to the craving, and this gave me personal satisfaction. And, of course, because I could anticipate that I would have that satisfaction twice every day, it was bearable.

After just a little while, the cigarettes became quite pleasurable. They actually made me dizzy, a little high. And frequently I would have to find a place to sit while I smoked. The high didn’t last long, just a minute or two, and was very relaxing. I failed a few times, like after an argument or some other frustration I had experienced, when I just felt I needed a calming cigarette, but eventually the craving adjusted to my choices and I would start to crave my daily cigarettes at the times I had chosen, morning and evening.

It was a lot easier to quit completely when I only smoked two a day than when I smoked all the time.

And then one day, when I was staying with a non-smoking couple who didn’t know of my habit because I had it under my own control, I was smoking my evening cigarette out on a beach somewhere, and one of my friends came walking out to ask me something, and I hid the cigarette behind my back. When the friend left, I said to myself, “this is stupid, having to hide my cigarette,” and decided I didn’t need them anymore. It was a lot easier to quit completely when I only smoked two a day than when I smoked all the time. I just found something else to do and the cravings left very soon after I had quit for good. Later in life I developed bladder cancer and my urologist told me, “The number one and number two and number three and number four causes of bladder cancer are smoking.” It is because the carcinogens are held in your bladder, not just passing through. Well, I had my bladder scraped out, and the cancer removed, and am doing fine now.

Of course, we are all different, have different personalities, and my little adventure might not work for you, but I have written it out for you to consider. For your health, and the health of those around you, quit smoking. And if you are happily one who doesn’t indulge in this meaningless habit, share this in a real friendly way with someone who does.