Richard was an uncomplicated man. He was living in an old Ford in a Miami boatyard and I invited him to sleep on my houseboat. He brought me a gift from his world, a hunk of rusted metal twisted into an interesting shape and flattened by a thousand cars and trucks on a Miami highway. Like Richard, it was intriguing, worn by a harsh world, and full of character. I nailed it over the door as a talisman, hoping it would keep a little of Richard’s nonsense at bay.

He found work scraping barnacles at a nearby boatyard…

Richard was small and wiry and had an elfin grin and a little goatee to go with it. We had a good time together on the houseboat talking and eating mostly potatoes and stolen bananas from a neighbor’s yard. He turned out to be a great adventurer. He found work scraping barnacles at a nearby boatyard and soon began to pick up the signals for his next adventure. For fifty dollars he bought a classic old beat-up iron lifeboat from Navy surplus, a double ender from the Second World War. In the next week he picked up a discarded pole and some worn ropes and tied the pole to the top of his car and brought it home. He found old tarps with holes that were cast off by the pest control people up the street, and duck-taped the holes. He found a piece of mahogany drifting in the river and crafted it into a handle for the iron rudder. To patch a hole below the water line he bedded a scrap of exterior plywood in roofing tar and screwed it securely to the hull, and then smeared the tar all over it.

Richard took one of the tarps and stretched it over the bow for a makeshift cabin and moved in. He stepped the pole for a mast a little forward of the center of the boat and guyed it to the bow and the sides with the old ropes. He took a nine by twelve tarp and rigged it as a square sail tying ropes to the corners by gathering them around rocks and cinching the fabric tight. Richard knew his knots. He told me the rocks were an old Indian trick. He tied crossbar booms he made from some bamboo growing near the boatyard to his new mainsail and fastened it to his mast.

Richard moved his belongings from his old Ford into the makeshift cabin, abandoned the car on a side street and before I could give him a good safety lecture he paddled the thing out of the river and somehow got to the Florida Bay and then, with the wind behind him, headed across the Gulf of Mexico to Corpus Christi, Texas.

He didn’t have a compass. Before he left he showed me how he could navigate using a small transistor radio in an old leather case and a weathered chart of the Gulf. He stood in the boat and tuned in a popular Miami station and turned slowly with the radio in front of him. At a certain point the signal was the clearest and he pointed to the Miami skyline, at a right angle to the radio. He could use the radio to discern the direction of any broadcast city and with the old chart and a basic understanding of the Gulf of Mexico he could pinpoint his location and get a fix on his destination. As he approached the signals grew stronger and the direction more sure. 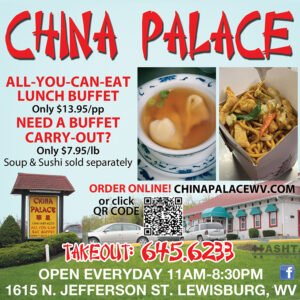 When he landed in Corpus Christi, he abandoned the boat on the beach and hitchhiked across the state to visit with his family in West Texas. I could imagine the people on the other coast gaping at him as he sailed up to the beach. His whole rig looked like a shipwreck from another century.

Isn’t this the spirit of adventure? To head off on a whim with what seems to be completely insufficient resources, learning the course as you go. Many would-be sailors dream the dream, but because of the complications and expense of sophisticated equipment, never make the voyage. Many, who are unlike Richard, and on the roadways of life are fearful of their pilgrimage or unsure of the destination, and without bearings their lives become a random journey of unexpected landfalls, unsure coastlines and submerged hazards.

Richard’s navigational techniques were simple and they worked. His uncomplicated faith guided him on an exciting trip across the ocean. He used his spiritual gift to find his direction as much as he used his radio. When he began he only had a vague idea of where he was headed, but as he ventured out the signals became clearer and he was rewarded.

Richard hitchhiked back to Miami a few months later. When I saw him, he smiled sheepishly and with a little laugh confided, “I delivered a thousand Miami cockroaches to Texas.” This is a chapter from my new book, coming soon, titled, Encounters With The One Armed Man, a book about people. Stay tuned for more release information