Eye on the Sky: The Great Myth in the Sky. 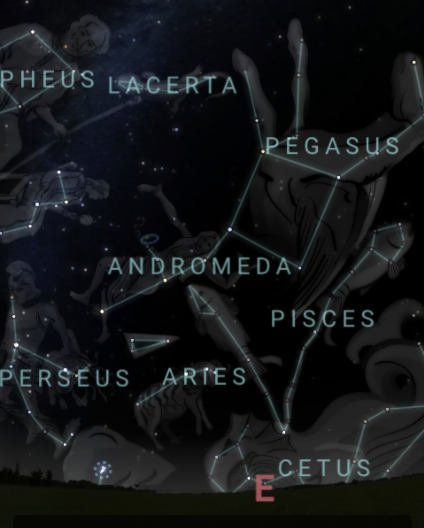 Hello once again fellow astrophiles! Well, fall has fallen, and we’re finally done with all the hot, humid nastiness of summer. I for one couldn’t be happier about it. Now we can all look forward to falling leaves and cool temperatures. And crisp autumn air makes for some great stargazing, let me tell you. Just try not to get poked in the eye by some rogue leaf as you stand gawking up at the sky.

And crisp autumn air makes for some great stargazing, let me tell you. 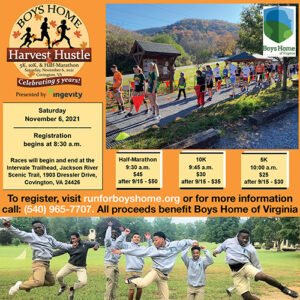 This month’s full Moon, which occurs on the night of October 20, is called the Hunter’s Moon.

To kick off the month, the Draconids meteor shower peaks in the early evening hours of October 7, which is also the time of the new moon, so that should make for excellent viewing conditions. This shower is usually considered to be a minor event, but it has been known to produce some of the greatest meteor showers of all time. The Draconids of 1933 and 1946 were considered ‘meteor storms,’ producing over 10,000 shooting stars per hour! Wow, that would be freaky! We can only hope to be so lucky this year.

This month’s full Moon, which occurs on the night of October 20, is called the Hunter’s Moon. Now, I don’t know about you, but to me stomping around in the woods shooting things by the light of the full Moon sounds a bit foolish to me. It hardly seems worth the risk. Now, if somebody hid a big ol’ meatloaf dinner behind a tree somewhere, I might risk catching a bullet for that. But of course, the Hunter’s Moon was named many centuries ago by Native Americans, so we’re not actually talking guns and bullets anyway.

What’s the big deal with the Harvest and Hunter’s Moons anyway?

You might be asking yourself, ‘What’s the big deal with the Harvest and Hunter’s Moons anyway?’ Well, one thing that sets these full Moons apart from others throughout the year is that, while the full Moon usually comes up about 50 minutes later each night, in the case of these two full Moons it comes up only about 30 minutes later each night for several nights in a row, right after sunset, which gives you more time to finish up harvesting or hunting. This happens because the angle of the Moon’s orbit with the horizon is very shallow at this time of year, which makes it come up over the horizon more quickly than it normally would.

Now I’d like to tell you about a beautiful story from Greek mythology that is sitting right over top of our heads this time of year. Have you ever seen the 1981 movie ‘Clash of the Titans?’ I’ve watched it many times and it’s one of my favorite movies. Part of the movie involves telling the story of Perseus and Andromeda. It goes something like this:

Once upon a time, the ancient kingdom of Ethiopia was ruled by King Cepheus.

Once upon a time, the ancient kingdom of Ethiopia was ruled by King Cepheus. His wife Cassiopeia was very beautiful indeed, as was his daughter Andromeda. Now, Cassiopeia was very a very haughty and boastful sort, and one day she made the foolhardy mistake of claiming that her daughter was more beautiful than the Nereids, who were a group of nymphs renowned for their beauty. They also happened to be the playmates and traveling companions of Poseidon on many of his voyages. Needless to say, Poseidon didn’t take kindly to this boasting, and so he wrathfully sent Cetus the sea monster to ravage the coast of Ethiopia.

Cepheus consulted the oracle of Ammon and was told that the only way to placate Poseidon was to chain Andromeda to a seaside rock and offer her up as a sacrifice to the sea monster. This he did, but Perseus, who was just returning from the voyage where he slew Medusa the Gorgon, saw Andromeda chained to the rock and rescued her from death by showing the decapitated head of Medusa to Cetus, who instantly turned to stone, as was the destiny of any who dared look the Gorgon in the face. 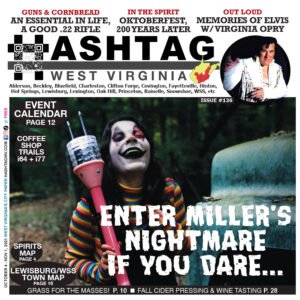 Remarkably, if you look to the east at about 8 p.m. this month, you will find them all…

All the characters of this story were eventually placed in the heavens as constellations by the gods, and they are still there today.  Remarkably, if you look to the east at about 8 p.m. this month, you will find them all: Perseus, Andromeda, Cassiopeia, Cepheus, and even Pegasus the winged horse (upside down!), which Perseus was riding when he killed Cetus, according to some versions of the myth. I’ve even included a handy sky map, so you’ll know what to look for. The W shape to the middle left is Cassiopeia, one of the easiest constellations in the entire sky to recognize.