Vic Della Torre will tell you that he was born on February 21, 1964, the day the Beatles returned to the UK. He’ll also tell you this opened up the door for him to fill the void! Vic is a drummer and vocalist who recently relocated to Monroe County from Central Florida, where he began his dream of owning a farm and living a self-sustainable lifestyle. He was first introduced to the drums at the age of 9 and says he beat the drums like a banshee in the family garage for the next 10 years, driving his parents crazy. At first, he was mostly influenced by Kiss, Boston, and Aerosmith. He then discovered the enigma of John Bonham and Led Zeppelin. From that point forward, he knew his path in life was to be a rock and roll drummer. You can see Vic live at the Asylum in Lewisburg on first Friday, August 6th at 8pm.

Vic’s personality is magnetic and audiences are always drawn in.

You’ll find that Vic is a one-of-a-kind entertainer and embraces musical tracks from a wide variety of genres, He removes the vocals and drums from the music tracks and performs those parts himself. He plays everything from classic rock, country, to big band, and everything in between. Along with his musical skills, Vic’s personality is magnetic and audiences are always drawn in. Vic is also not humble where his talents are concerned and will tell you that “no one on this earth” can play drums better than him.

Vic’s professional journey began with Tampa Bay’s original party rock band, Arazmo. He toured with them for 7 years from 1986-1993. Serving up hard rock and glam metal, they traveled from St. Petersburg to Los Angeles. These were the days of glam rock, head-banging, mosh pits, tight pants, and enough hair to clog the Hoover Dam. It is believed that they would’ve “kicked Poison’s a@%” if it weren’t for Nirvana and the grunge takeover. (See “How Grunge Killed Hair Metal” at loudwire.com) 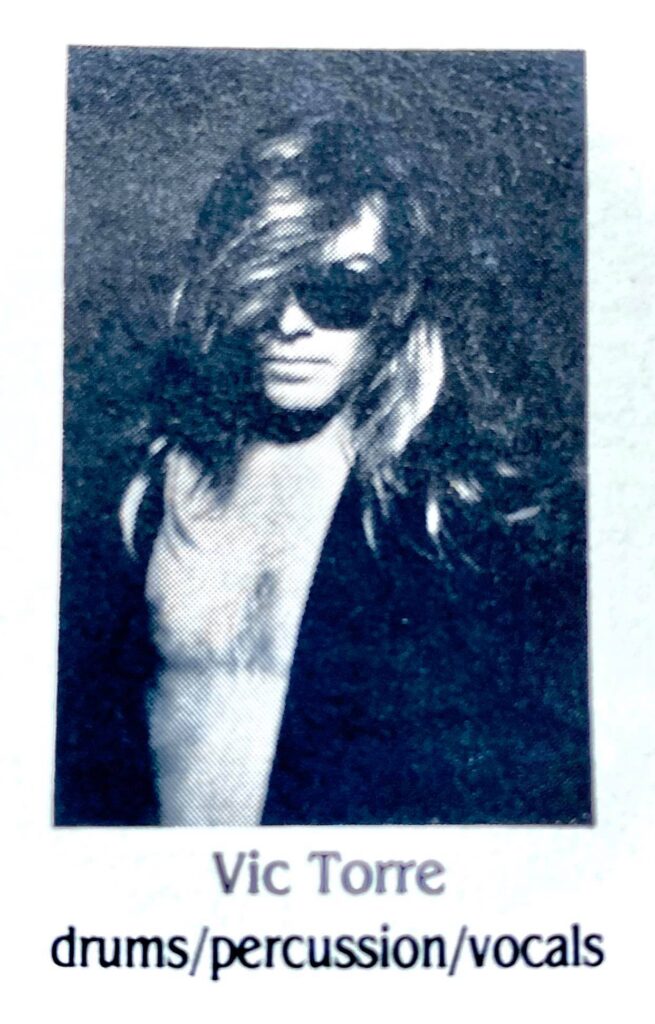 Over the years, Arazmo opened for Cheap Trick, Molly Hatchet, Warrant, Kix and many other notable groups. Ready to get off the road, he returned home to St. Petersburg and joined the band Naked People. He played with them until ’97 when he was then called to do studio/session work and perform shows in Nashville. His time there would expand his talent into the realm of country music and blues.

In 2000, Vic performed his highest calling as a “father” to his beautiful baby girl, Victoria. Returning one more time to Florida, Vic was asked to join the country group Shane Wooten Band from 2007 until 2012. He toured once again around the country and upon ending the tour, he left the beach life and settled in Central Florida. It was there that Vic joined the bands Highway 44, The Amplifiers, and refined his drumming into a solo act. 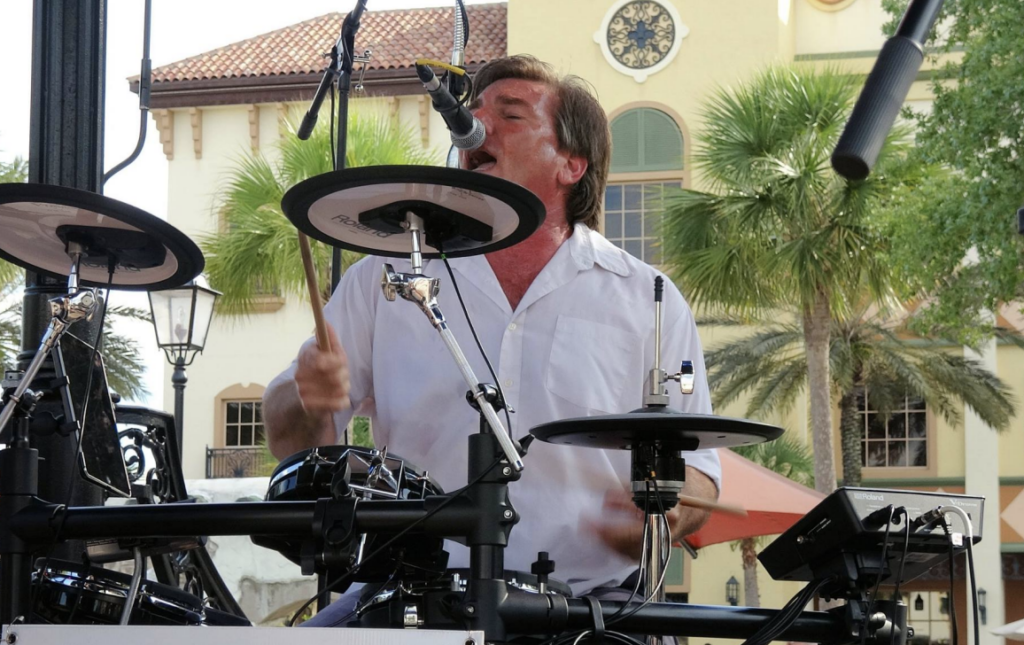 Now residing in Monroe County, Vic is looking forward to sharing his love of music and volunteering in the community. He played his first show at the Union Tavern earlier this summer and looks forward to playing at the Asylum. Vic is also available for private events and parties. Call him at 352-342-4279.

Learn more about Vic at vicdt.com and check out his originals at reverbnation.com/victoradellatorre.