Once upon a time there was a little boy named Charlie who loved to dream. When his mother said, “It’s time to go to bed,” he said, “Oh goody,” climbed under the covers, and went to sleep smiling. His mother thought that was wonderful.

In his dreams he could do fun things. He played with rabbits. He talked to birds…

In his dreams he could do fun things. He played with rabbits. He talked to birds and they didn’t fly away. He met an interesting man with a funny hat and got to go on a big boat. Sometimes he could even fly. And underwater he could breathe and move around without even moving his arms or legs.

So Charlie grew up. He was a little fatter than the other kids because he slept so much but he didn’t care. He was happy. His brothers and sisters called him “lazy boy.”

“Yeah, like the recliner,” said his dad and laughed.

He was a little fatter than the other kids because he slept so much but he didn’t care.

Charlie would just smile like a little puppy and look longingly at his bedroom door.

But when Charlie became a teenager all the teasing started to get to him. In gym class bullies teased him about being slow. 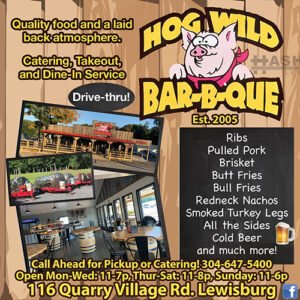 Then he became interested in girls. But when the girl next door asked him to come over after dinner and watch TV, he politely declined, explaining that he had to go to bed early. She gave him a twisted look and said, “Oh, well.”

That made Charlie sad. He tried to think of something to say to her but couldn’t so he went home and went to bed and dreamed of large windmills and other things he didn’t understand.

When Charlie’s mother asked him what was wrong the next day he said, “I don’t really want to talk about it.” He finished his dinner and politely excused himself and went to bed.

The next day Charlie went to see the school nurse and told her about his troubles with the girls and the bullies and his brothers and sisters always teasing him.

Because it was a test day, the nurse had a long line of children waiting to see her with bellyaches, so she told Charlie to go home and write everything down, what pleased him and what didn’t, and come back to see her again.

So Charlie went home, stuck his tongue out at his brothers and sisters, and locked himself in his room. He took out a pencil and a piece of paper and started to write things down.

He was happy again, as long as he could go to his room and write about his dreams.

He couldn’t think of what to write so he drew a line down the middle of the page and wrote sad on one side and happy on the other. He stared at the paper and couldn’t think of anything and then remembered the dream about the windmills. He turned the paper over and started to write what he remembered and quickly forgot about all his troubles.

He never went back to see the nurse. He didn’t need to. He was happy again, as long as he could go to his room and write about his dreams. Soon, he started to elaborate on the things he remembered and made up things. And before long he was writing fictional stories that made him laugh and cry and most of all, feel happy and content.

When a bully picked on him at school, he’d make up a story with all sorts of bad things happening to the bully.

And when he asked the neighbor girl to go to a dance with him and she just laughed, he made up an astonishingly graphic tale about himself and a beautiful model on a remote island in the Bahamas.

When a bully picked on him at school, he’d make up a story with all sorts of bad things happening to the bully.

Charlie graduated from high school, got an MFA from a local college and wrote a novel which was published and sold in the millions.

Every day he would lock himself in his study and to his friends, and his brothers and sisters, it was just like before, just like he had gone to sleep.