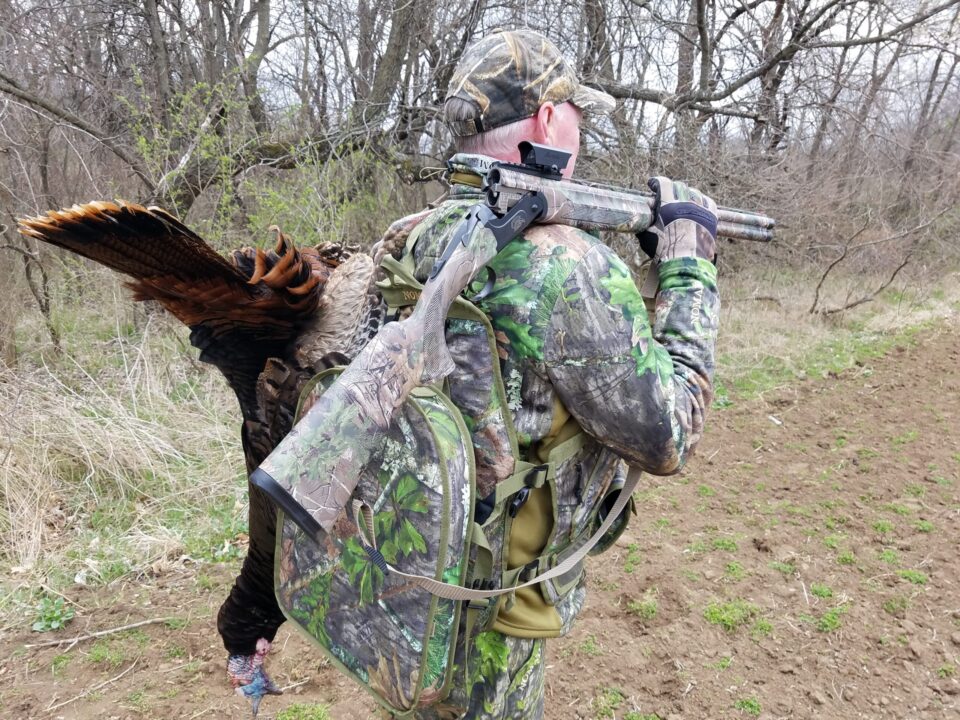 I have always figured Ben Franklin was a pretty smart cookie. I mean what with discovering electricity and coming up with all those profound quotes and all. This time of year, many of us think about his death and taxes quote, telling us how these are the only things we can be certain of. The only thing I ever questioned Ben about was the incident where some historians think he may have proposed that the wild turkey be our national bird and symbol and not the bald eagle. (pictured above: CZ-Reaper. Magnum Mike carrying a turkey).

While he may have had poor judgment on turkeys and eagles, there is no question he hit the mark on death and taxes, how inevitable they both are. Tax time is almost here, but something else comes around about the same time every year. You guessed it, Spring Gobbler season. 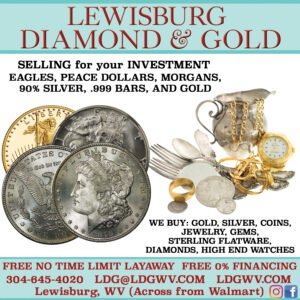 While I certainly look forward to the start of each turkey season I am sometimes just as happy when it ends. Spring Gobbler time is known for getting out of bed way too early, arduous uphill hikes, and dealing with some very snooty turkeys. Lack of sleep and hunting multiple consecutive days often leads to a condition which many experienced turkey hunters are all too familiar with. To illustrate this for you I once had an old gobbler chasing chum, while driving half asleep, pull into a strange driveway as we returned from turkey hunting one fine spring morning. I had no idea whose house we were at or what we were doing there, turned out he didn’t either. There was a large ugly dog growling at the door of the truck and his demeanor seemed to indicate he would remove my kneecaps if I tried to get out of the truck. 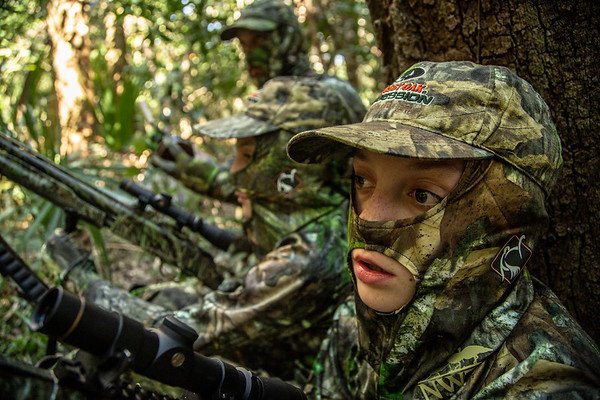 Glancing over at my demented friend I tried to ask as gently as I could, “Uh….what are we doing here bud?” He started to argue but I could see that reality was beginning to seep into his foggy brain. Realizing his mistake my buddy put the truck in “R” and made a hasty exit, much to the dismay of the not so friendly doggie.

Some would call this condition a type of sleep deprivation delirium. Wives, girlfriends, and coworkers simply refer to it as chronic grouchiness and most bosses think of it as grounds for dismissal. 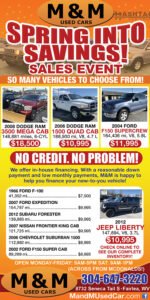 Most sane individuals would see such incidents as a warning that spring turkey hunting would be something to stay away from. Well, nobody ever said that turkey hunters were all that sane and I notice every year we have a new crop of turkey hunters in need of advice, mentoring, and a good psychiatrist. I also seem to be getting more and more questions from wives, significant others, and family members asking me to explain different aspects of turkey hunting in general.

I can only assume the friends and loved ones of turkey hunters want to try to understand this sport/lifestyle better so maybe they won’t call the truck from the funny farm to come and haul their fanatical turkey addict away. So as usual, in no particular order I give you some of the most asked questions from the bereaved family, friends, and associates of afflicted turkey hunters. 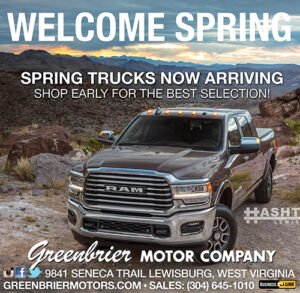 (As always, remember Case’s Outdoor Theorem #1, I don’t claim to be an expert on anything, but I have a lot of strong opinions about almost everything)

“Dear Outdoor Writer, my husband seems totally obsessed with turkey hunting. He wears Mossy Oak and Realtree camouflage year-round, practices on his turkey calls constantly in the house and yesterday I caught him sneaking in another new shotgun. If I have to listen to him exchange turkey calls over the phone with his buddies one more time or watch another turkey hunting show on the Outdoor Channel, I am going to lose it. What should I do?” Margaret M., Sale Creek, Tennessee

Dear Margaret, I very much appreciate you writing to me and I want you to know that I really do want to help, but what is the problem?

“Dear Turkey Guy in the paper, my buddies at work are all dedicated turkey hunters and they want me to join them. I am kind of interested but have some concerns. They are always talking about getting up at ridiculous hours of the morning and going into the woods before daylight. They claim you must be in the woods at “gobbling time” to get a turkey. I hate getting up early, aren’t the turkeys around later in the morning?” Jason B., Calhoun, Georgia

Dear Jason, you have hit on one of the oldest questions in turkey hunting. Don’t spread this around but it is entirely possible to go later in the morning and tag a turkey. I don’t talk about this much because I like sleep in, let the other guys go out (once they quit banging around and leave camp it’s nice and quiet) then I can roll out there around eight or nine o’clock and try to find an amorous gobbler. It doesn’t work every time but neither does getting up before the chickens. 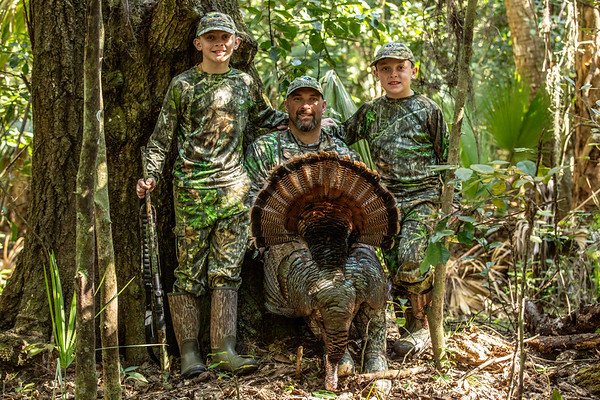 Dear Guy that wears camouflage all the time, My son is 14 and he loves hunting and the outdoors. This year he is bugging his father and I to death to go turkey hunting. How do you suggest that we get him started? Should he get with an older, experienced turkey hunter?  Alice C., Erie, Pennsylvania

Dear Alice, you seem like a nice lady so I must be absolutely honest with you. I think you and your husband should do everything possible to discourage your son from becoming a turkey hunter. Believe me it is no life for a young man. Turkey hunting leads to all types of bad habits, missing school, missing work, and missing sleep.

Soon you are fibbing to your friends and family about where you are hunting and where you heard a turkey. Being around old turkey hunters only makes it worse as they are undoubtedly the most cynical, unreliable, and ill-tempered individuals on the face of the earth. (The turkeys make them this way). Get your son a good squirrel dog, a set of golf clubs, or let him start racing motorcycles, it would be a lot safer) (PS If he really wants to turkey hunt, he is going to do it anyway. Buy him a new shotgun, make sure he takes the Hunter Education class, let him go turkey hunting and hope for the best.) 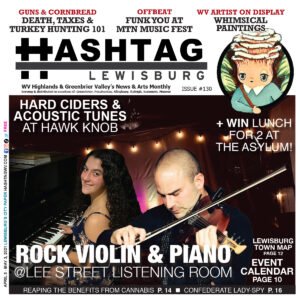 Well, there you have it. Hope this helps with those of you with questions about hunting the king of game birds. Now that I think about it maybe Ben Franklin was trying to look out for us by making the turkey our national symbol so we could not hunt them.

Think about how much this would have helped with loss of sleep, work missed, domestic bliss, and our mental health in general. I guess he meant well but most of us would rather hunt turkeys than have mental health any old day.