Say, “You Do,” and folk-noir band Charming Disaster will haunt your heart.

Out of Brooklyn, Ellia Bisker and Jeff Morris craft a shockingly eerie blend of folk and rock that’s then decorated with delightful camp. Their new single “Be My Bride of Frankenstein,” which has origins that pre-date the current band, gives a glimpse into their playfully twisted style. “The song came out a conversation where Ellia and another songwriter friend were talking about creating a concept band that only played wedding-themed songs,” says Morris.

“That idea was a joke and never actually happened, but Ellia started writing this song anyway, and when Charming Disaster formed later that year we adapted it into a duet,” he adds. “It was a great fit for our vision of songs that tell a story with two voices, and we both love those classic monster movies (not to mention parodies like ‘Young Frankenstein’).”

Through marrying various musical twists and turns with graphically gothic snarls, Charming Disaster unearth the fiendish popular music of the ‘50s, ‘60s and ‘70s. They’ve got just as much bite as such predecessors as Screamin’ Jay Hawkins (who you might know by his 1956 smash “I Put a Spell on You,” later famously covered in the 1993 cult classic Hocus Pocus) and a razzle-dazzle akin to Elvira: Mistress of the Dark. 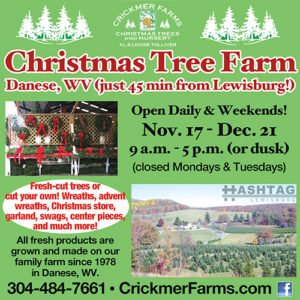 But make no mistake, Bisker and Morris are wholly unique in both combing tight-bound harmony of traditional folk music and the scratchy darkness of shock-rock. On the heels of 2017’s Cautionary Tales, “Be My Bride of Frankenstein” anchors a forthcoming new record called Spells + Rituals. “This song helped inspire the original album title we were considering: ‘Here Be Monsters.’ The new album is populated not only by Frankenstein’s monster and the Bride, but also the Devil, the witch Baba Yaga from Russian folklore, and some other shady characters. The songs on the next album span a range of moods and styles, and this is one of the campiest,” says Morris.

Charming Disaster are set to play Lewisburg’s Lee Street Listening Room on November 3. Doors and drinks at 7:30pm, and music at 8:30pm.

On the next page, Charming Disaster discuss musical ambitions, their growth as a duo and an upcoming musical set for 2019.

How did this new collection of music begin for you? What was your headspace like?

It’s like a perpetual motion machine: new songs get inspired by conversations we have and people we meet while making things and touring, then we take the songs we’ve accumulated and record them and support that collection of songs with touring and artmaking, which in turn creates more fodder for new songs. With each cycle of this, we find new ways to develop, compositionally and lyrically. We’re a lot like the universe: ever expanding outward, underpinned by dark matter, and doomed to collapse in on itself.

Musically, what new things did you want to explore on the new album?

We wanted to include more spontaneous experimentation this time, and we got to collaborate a lot in the studio with producer/multi-instrumentalist/mixing board magician Don Godwin, who has recorded all of our albums with us. A few examples: we reproduced the sound of a gunshot by dropping the lids of three pianos simultaneously; we created our own mechanical music box using the melody of one of the songs and recorded that as one of the tracks; and we used a ratchet set and other tools and hardware for some unusual percussion sounds. It was dreamy.

How does the new set differ from 2017’s Cautionary Tales?

The new songs are a continuation of the universe we’re interested in exploring: stories from folklore and mythology, supernatural figures, death and darkness, themes drawn from speculative and genre fiction, ancient mythology, fairy tales and folklore, science and history. We think listeners who dug ‘Cautionary Tales’ will really like our new songs.

When did your fascination with the paranormal and noir storytelling begin?

What we’re really interested in is stories where people get into trouble. That’s where it gets exciting. We both have a dark sense of humor and an appreciation for complicated situations, so that’s where our attention tends to get caught. 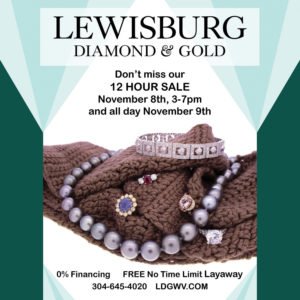 In exploring dark themes, have you come to greater understanding of humanity and life, in general?

No, but there’s still time.

How have you two grown together as human beings and musicians over the past six or so years?

If by “grown together,” you mean some sort of monstrous Siamese twin situation, definitely. You’ll see what we mean if you watch our “Sympathetic Magic” video: youtube.com/watch?v=-RbF3odGy34

Ever thought of writing a gothic musical?

Yes! We’re actually working on a song cycle about the scientist Marie Curie, who discovered radium and founded the science of radioactivity. We’re planning to stage it in 2019.

Have you ever been concerned with coming across as “too niche” in this industry? Or do you feel that plays to your strengths better?

We’re less concerned with “the industry” than with our listeners; occupying the niche that we do has let us form strong connections with them. A niche can be the kind of intimate space that allows for real relationships, because it’s an exciting feeling when you realize you’ve found the weirdos who are your people.

We’re always evolving in terms of what our songs are about, and it’s been neat to see our fans come with us as we explore new stories and themes. Also, “too niche” implies something that’s only relatable to a specific population (e.g., the undead, gnomes, brownies, bronies, etc.), which, for us, isn’t the case at all. We’ve had all sorts approach us — young and old, fae and fell — and tell us how much they enjoy our music.