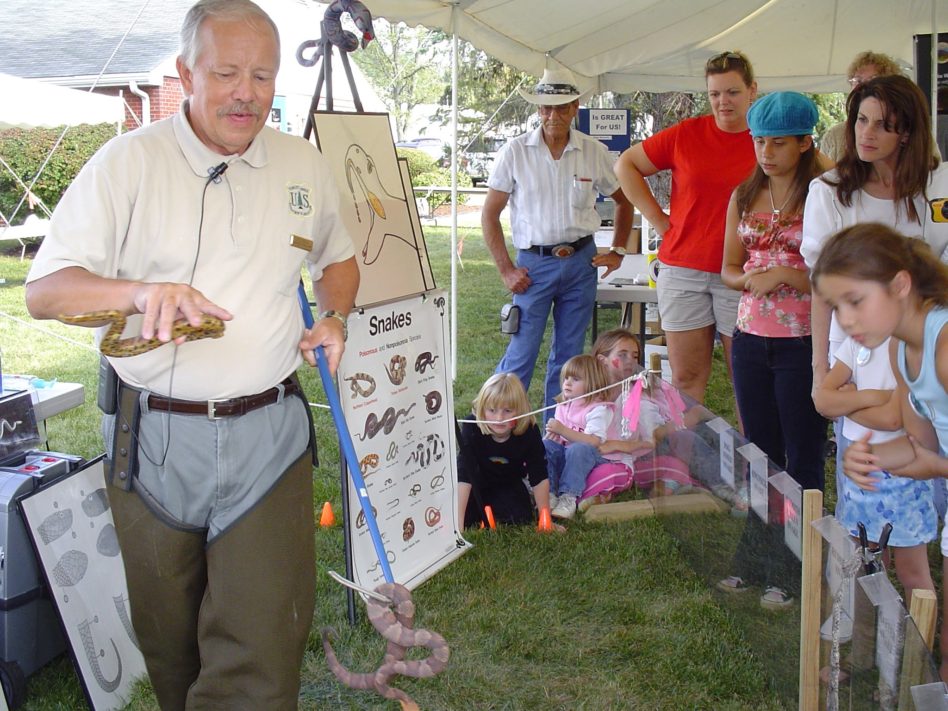 On Saturday, Sept 8th from 10am to 4pm, the 14th Annual Freshwater Folk Festival at the White Sulphur Springs National Fish Hatchery on East Main Street will be in full swing.  This festival is a combination of music, art, dancing, and hands-on nature activities for children and adults on the beautiful hatchery grounds.  There will be plenty of food to buy from commercial vendors, and crafts will be for sale too.  As usual, Chapter 1072 of the Vietnam Veterans of America will supervise exhilarating outdoor games.

The musicians will come from Greenbrier, Raleigh, and Mercer Counties.  As the day unfolds, their musical genres will generally transition from country to blues to bluegrass.  The hills will be alive.  The amphitheater has benches, but you might bring a folding lawn chair to lounge in when not up grooving with the music.

A performance by the duo Country Blue will open the entertainment at the hatchery amphitheater at 10:00am with songs of traditional country music sung by Mel Waggy playing lead guitar along with George Piasecki on bass guitar.  George is frequently heard as a member of the Lewisburg band, Sturm Some. 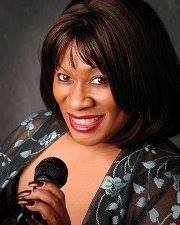 From 10:45a to 12:45pm, Lady D of Beckley will be singing the blues as four primo instrumentalists play.  This four-piece band consists of drummer Demetrius Cross, lead guitarist Dan Bailey, bass guitarist Phil Copney, and keyboard player Robert Gray.  Remember all that dancing in the Blues Brothers movie?  Well, this will be a time for dancing by the festival crowd.  Lady D is actually Doris Anne Fields of Beckley who has been known as “West Virginia’s First Lady of Soul” for many years.  Last year, Lady D competed in the International Blues Challenge in Memphis, Tennessee.  This event with the world’s largest gathering of blues bands, is presented annually by the Memphis-based Blues Foundation.  Lady D won the right to participate by placing first in the Washington, D.C. Blues Society’s Battle of the Bands.  She and her band were in Fayetteville this August to perform at Jazz & Blues in the Ville. 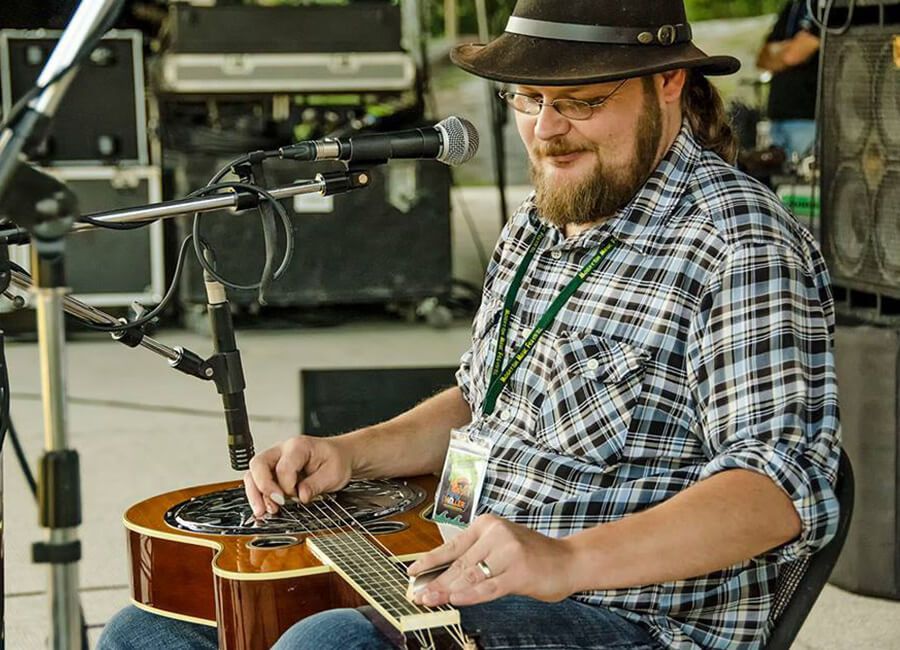 Corey Lee McQuade of Athens will be next from 1:00pm to 3:00pm. His solo performance includes finger picking and flatpicking guitar, flatpicking dobro, clawhammer banjo, and vocals.  His mastery of the dobro is particularly outstanding, and dobro music has gotten a big boost from the master of old, Tut Taylor, and the more recent popularity of Jerry Douglas’s playing.  Corey’s original songs are inspired by old time traditional music and local history.  Johnson’s Crossroads and The Lone Wolf Review are the two bands that Corey plays in, and the latter band gave an outstanding performance at the General Lewis Inn in July. 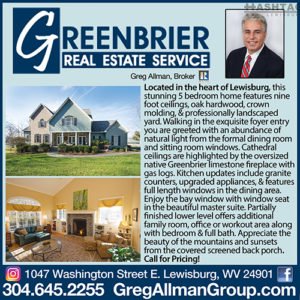 Hands-on activities, demonstrations, and displays relating to the appreciation and preservation of freshwater habitats and nature in general are essential components of the festival.  That includes watershed conservation organization exhibits, aquatic biology presentations, Roy Moose’s WV Snakes, hatchery tours, Trout Unlimited fly-tying and casting activities, displays and demonstrations by the US Fish and Wildlife Service, science activity tables, and other engaging activities.

The hatchery tours will take place at 11am and 1pm.  Festival attendees will learn about what it took to recover from the flood of 2016 and what the hatchery’s aquatic wildlife programs are like.  They include the production of rainbow trout eggs, restoration of the freshwater mussel population, and even a crayfish program. 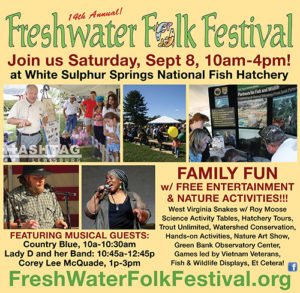 This event is presented by the Friends of the White Sulphur Springs National Fish Hatchery and sponsored by businesses, several individuals and couples, the WV Division of Culture and History, and the Greenbrier County Commission.  For more information see freshwaterfolkfestival.org or call 304-646-0602.