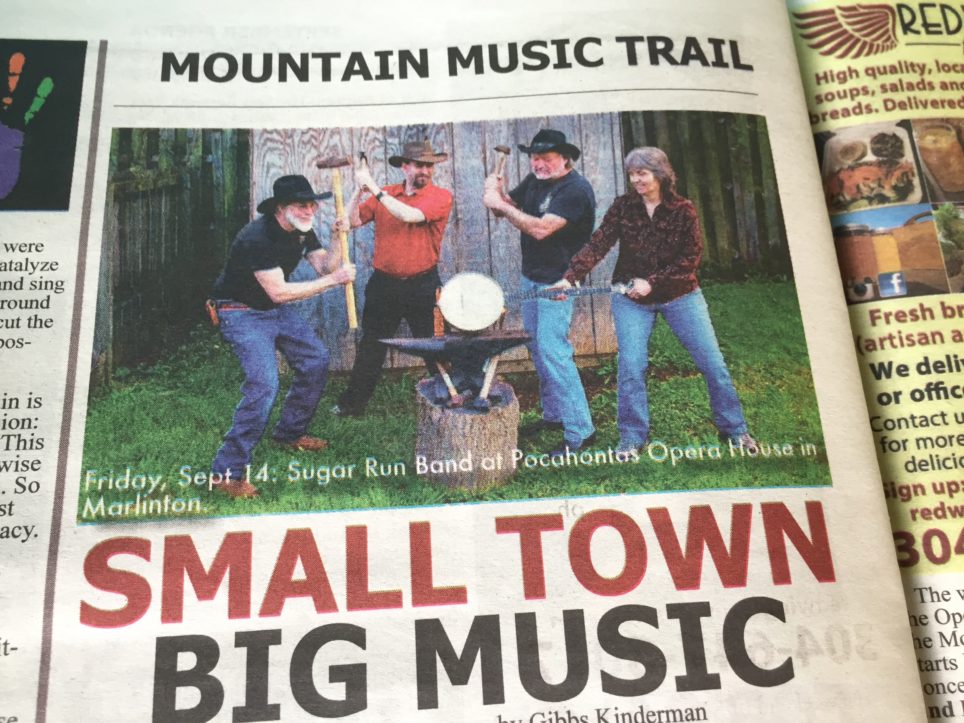 The Pocahontas County Opera House in Marlinton, which hosts three traditional music-related events in September, is a very unique institution. Built in 1910 by J G Tilton as the Marlinton Opera House, it was the first reinforced concrete building in West Virginia. After a fairly brief career as a small town “opera house”, hosting high school graduations, plays and musical performances, it was later used for such varied functions as a car dealership and eventually, to store lumber and building supplies. 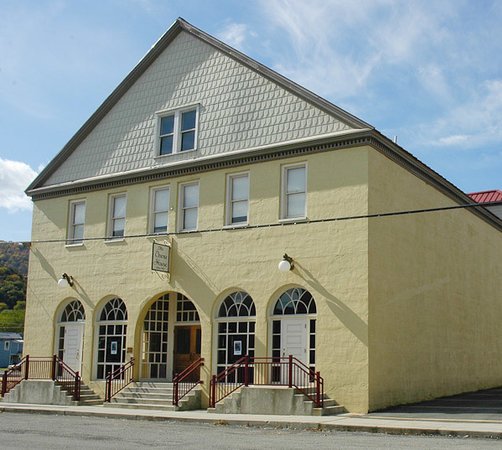 In 1991 the Pocahontas County Historic Landmarks Commission purchased the then nearly derelict properly, and over the next several years, with a great community effort and the help of grants, the Opera House was restored to its original glory. A non-profit corporation, the Pocahontas County Opera House Foundation, was set up to operate the facility. It is used for concerts, community meetings, banquets, craft shows – and of course musical performances. 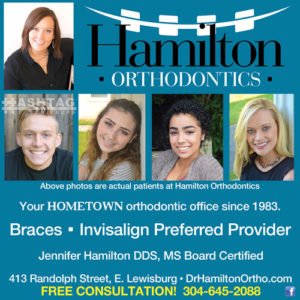 Another unique thing about the Opera House –its ticket prices. For most all Opera House sponsored performances, the tickets are $10 each – and those 17 and under are admitted free. The Opera House Board wants its activities to be affordable for the entire community.

September at the Opera House starts out with the Black Mountain Bluegrass Boys, on Saturday, September 1.  The group is celebrating its 50th anniversary in 2018.

The weekend of September 14-15 the Opera House hosts the Music in the Mountains Festival. The weekend starts Friday night 7:30 p.m. with a concert featuring  Trevor Hammons and Friends and the Sugar Run Band ((Sugar Run will also play at the Ronceverte 1882 Heritage Days on Saturday, Sept 8th.) Saturday music starts with a jam at 3, master guitar picker Bill Hefner at 4p and the Elk River Ramblers at 5p – and Mud Hole Control will play for a square danced at 7p.  Other activities on Saturday afternoon include craft demonstrations, kid games and a “cast iron cornbread” contest (deadline for entries is 4pm.) at 5:30p there will be a cornbread and bean soup supper. Kettle corn and ice cream will be available throughout the day. 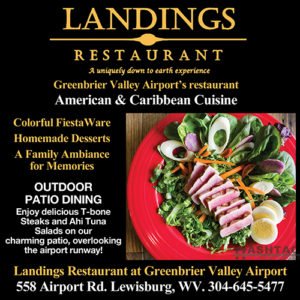 The Hammons Family has carried on long-standing traditions of fiddling, banjo playing, ballad singing and storytelling at their remote mountain home in Pocahontas County. Their legacy continues and is proudly celebrated among today’s musicians. Musicians from around the region will share their talents on this special evening. Check out young Trevor Hammons, the outstanding musician of this generation of the family, at av.voanews.com/Videoroot/Pangeavideo/2018/08/1/14/14d9a578-e925-4e22-be19-bb232ee7a1b8.mp4

Other musical events of note along the Mountain Music Trail in September:

Friday the 14th – Tim O’Brien, arguably the Mountain State’s most celebrated traditional musician (see Jason Scott’s interview w/ O’Brien at christinae6.sg-host.com), appears at Carnegie Hall in Lewisburg with singing partner Jan Fabricius. O’Brien’s solo shows feature his solid guitar, fiddle, and banjo, along with his engaging vocals and harmony from Jan Fabricius. Expect a range of original compositions and traditional arrangements from his many discs, mixed with stories and Tim’s self-deprecating humor. Check them out at youtube.com/watch?v=0JmDKMT6lQ8 – and see the interview with Tim elsewhere in this issue.

At the Purple Fiddle in Thomas – the Rumpke Mountain Boys, whose shows are a freeform flow with no prearranged set list, perform Friday the 7th. Sample their sound at youtube.com/watch?v=FFteJWkJ6sM .

Saturday the 15th, West Virginia’s own mandolin pickin’ UPS driver Johnny Staats with his Delivery Boys play the Fiddle – check him out at youtube.com/watch?v=Cn7E4CYv8tg . For an insight into how he balances his two worlds – music and day job – check out this TED video: youtube.com/watch?v=MugtBhVKRIU. In this short and charming interview, he explains why he kept his day job between shows at the Grand Ole Opry, and how he incorporated his life’s passion into his life’s work. Followed by infectious bluegrass with electric fingers, he raises a salute to those who follow both dreams and reality.