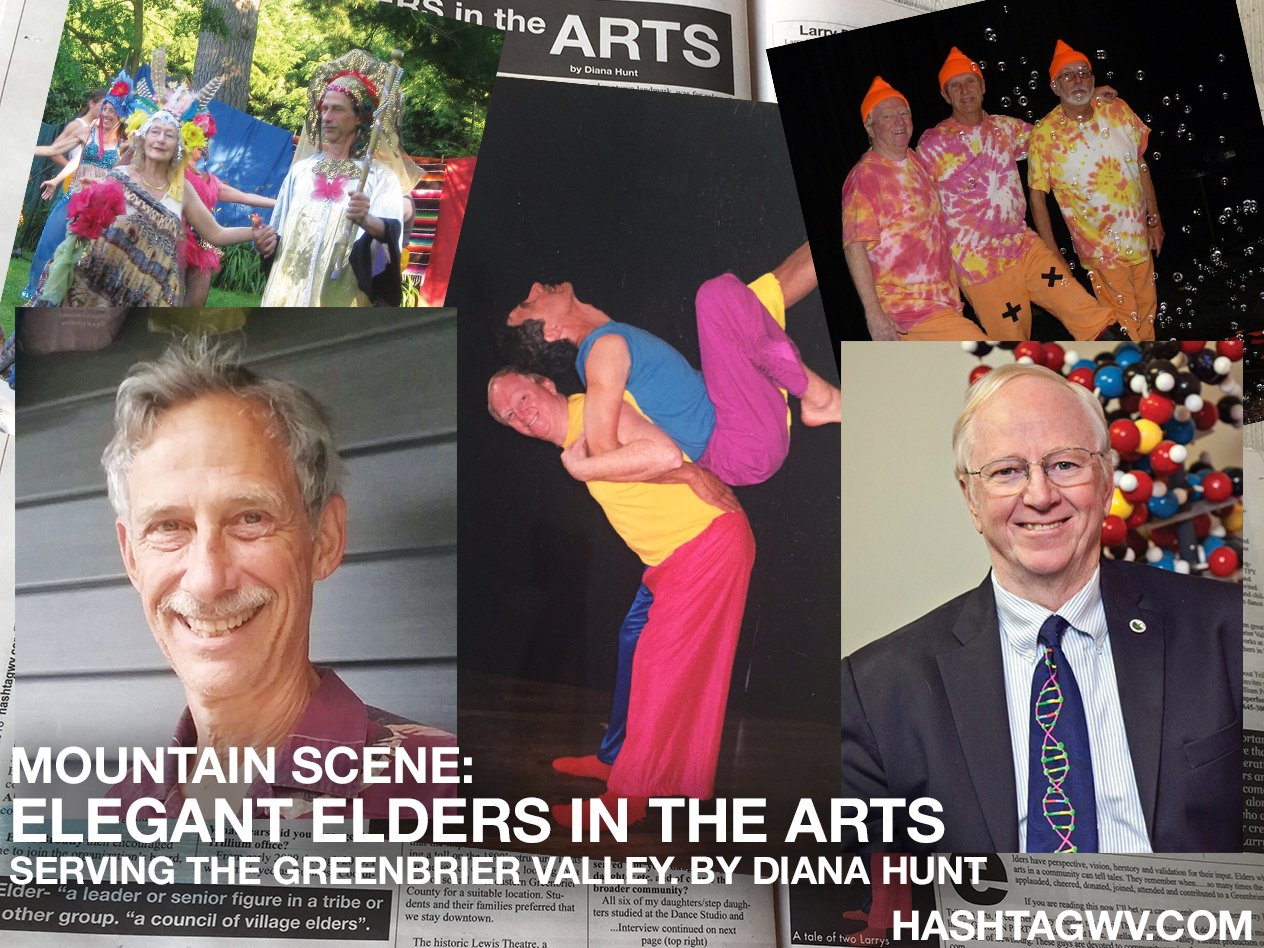 So often, natural aging in our culture is viewed as a withering time of loss and invisibility. Social media, ads, pop culture and endless “shows” encourage us to “fight it”, ignore it and apply umpteen “cures” to keep it at bay. We deny and dye the grey. We shun or glorify the aging population but withhold respect and understanding. On the other hand, many in the elder population remain relevant, active, and vital to the success of a community. This column “Elegant Elders in the Arts” serving the Greenbrier Valley chooses to honor these stellar contributions. 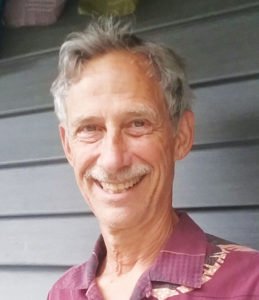 Larry Levine may be one third of ALL Arts but he is an “ALL IN” Elegant Elder in the Arts in the Greenbrier Valley. He is approaching 40 years as a performer, participant, philanthropist and “Papa” to the Lewis Theater, the Dance Studio and Trillium Performing Arts and a multitude of youngsters who have benefited from these organizations. He speaks very well for himself in our recent interview.

When did you get involved with The Dance Studio and Trillium Performing Arts?

“The first involvement with the Dance Studio was in the mid 1980s, with the enrollment of daughters Yarrow and Faith. Founded by Beth White and Carli Mareneck, the teaching was inspired and encouraging.”

Twenty-some years later, the Dance Studio evolved into the Trillium School for Performing Arts. Shortly thereafter, I was invited by Beth White to join the cast of a piece commissioned by the Midwives Alliance of North America for their conference in West Virginia.

Elder – “a leader or senior figure in a tribe or other group. “a council of village elders”.

Ellen Broudy then encouraged me to join the organization’s board, which operates by group consensus, shares facilitation, and includes the group’s artists. I have continued as a board member ever since, and now have the title of president and chairperson for procedural purposes.

I went on to taking many classes and workshops with The Dance Studio and with Trillium.

(Larry has participated, presented and performed in countless events by these organizations over 35+ years serving the Greenbrier Valley Arts community.)

What years did you manage the Trillium office?

From early 2009 through 2015, I was employed as Business Coordinator and School Administrator. In reality, with a staff of two part-time plus an AmeriCorps volunteer, we did everything possible to help this non-profit arts and education organization serve the community. I shared the administration first with Samara Michaelson.

How did the Lewis Theater purchase and operation come about and when? Who are your partners?

Trillium and the Dance Studio shared the top floor of the “Old bank building”, on the corner of Washington and Court for decades.  We needed more and accessible space, and the landlord let us know in about 2005 that the impact of the dancing was taking a toll on the 1890’s structure. I was on the search committee, looking for a year or so, all over eastern Greenbrier County for a suitable location. Students and their families preferred that we stay downtown.

The historic Lewis Theatre, a downtown landmark, was for sale and at risk of becoming office space. The board of Trillium agreed that much debt could overwhelm the mission, which is to encourage artistic expression and creative opportunities through education,participation, and performance..

In 2007, board members Ann Davis, Lin Preston and myself formed ALL Arts LLC to purchase and operate the property, which includes the theatre and six rental units.  Trillium Performing Arts is the company-in-residence.

What is your role at the Lewis and in Trillium now?

As mentioned above, I continue to serve on the Board of Trillium and several committees. I volunteer a few times a year to organize and host Friday Night Alive!, a family-friendly hour of all types of performance.

As a partner in ALL Arts LLC, I manage special events, oversee the rental stores and apartments, and do much of the building maintenance. I am the primary person involved in theatre rental and in marketing. I built the Little Free Library outside the theatre.

For both organizations, I have created and managed on-screen advertising, which plays before every event and is very affordable.

How have these organizations served you, your daughters, granddaughter etc. and of course the broader community?

All six of my daughters/stepdaughters studied at the Dance Studio and went on to join Trillium Performing Youth. This select group of teens commit to intensive study and rehearsals, tours schools, senior care residences and festivals, presenting free shows of all original work.  My eldest granddaughter has followed this path. One daughter also co-taught TPY for a year, and returns as a guest choreographer.  Beyond the dance skills, TPY encourages community service and group process. Audiences are invited to participate. Two younger grandchildren have also been in Trillium dance classes.

Trillium and TPY have been great ambassadors for the Greenbrier Valley while presenting original works at the WV Dance Festival and others in VA and WV. 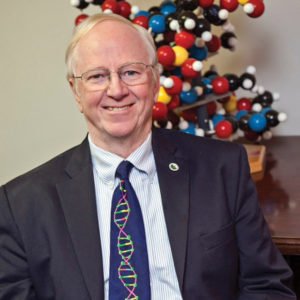 Larry Davis is a clown, a character, a contributor extraordinaire. He reeks fun and folly and “ I am here for you!” He is an Elegant Elder in the Arts.

Listen to his own voice, read to the end and see why he “said with gusto, ‘Praise the Lord!’ in this recent interview.

What drew you to performance art and when was that?

Basically, one thing just leads to another. I was in two musicals at Greenbrier Valley Theatre (GVT) in the late 70s, but what got my current 28-year run of many kinds of performances going was taking my daughter, Mary Caroline into auditioning to be an orphan in “Annie” at the GVT barn in 1990. I was asked to audition too and ended up with two sizable roles and a place in the chorus.

How did you become involved with Trillium?

I went to Trillium Performing Arts concerts, started going to their workshops, and got the call from Samara Michaelson to be in a couple of her concert dances in 2000 and 2001.

Larry Levine was in the first of these with me and one choreographed by Lorrie Monte the following year. Next, Chally Erb put me in a commedia dell’arte piece, the first of five of his wild and crazy routines that I was in.

Rehearsing and performing with these dance and comedy groups and others at Trillium was very rewarding.

What do you see as the greatest challenge to keeping the arts alive in Greenbrier County?

It’s important to make sure that the next generation of performers and other artists comes into being along with people who appreciate their creations. The educational programs at Greenbrier Valley Theater, Trillium Performing Arts, Carnegie Hall, and the schools are a big help with this.

Do you still get the jitters before a performance?

It’s true that for me there’s a low level of unease on the days of difficult performances and it intensifies until a few seconds before my first entrance. A couple of deep breaths, an unspoken word of assurance to myself, and I’m suddenly on stage with surprising confidence.

“Smoke on the Mountain” at GVT was my favorite experience on stage. For years I’d run into people who said they got a kick out of my character, Reverend Oglethorpe, and the members of the Sanders Family that came to sing at his church in the mountains of North Carolina.

My best ad-lib came during the run of that one on a stormy night at the barn theatre. Right after I quoted Job saying “Where is God that giveth song in the night?”, lightening hit a nearby tree with a tremendous sound. I raised my Bible and said with gusto, “Praise the Lord!” 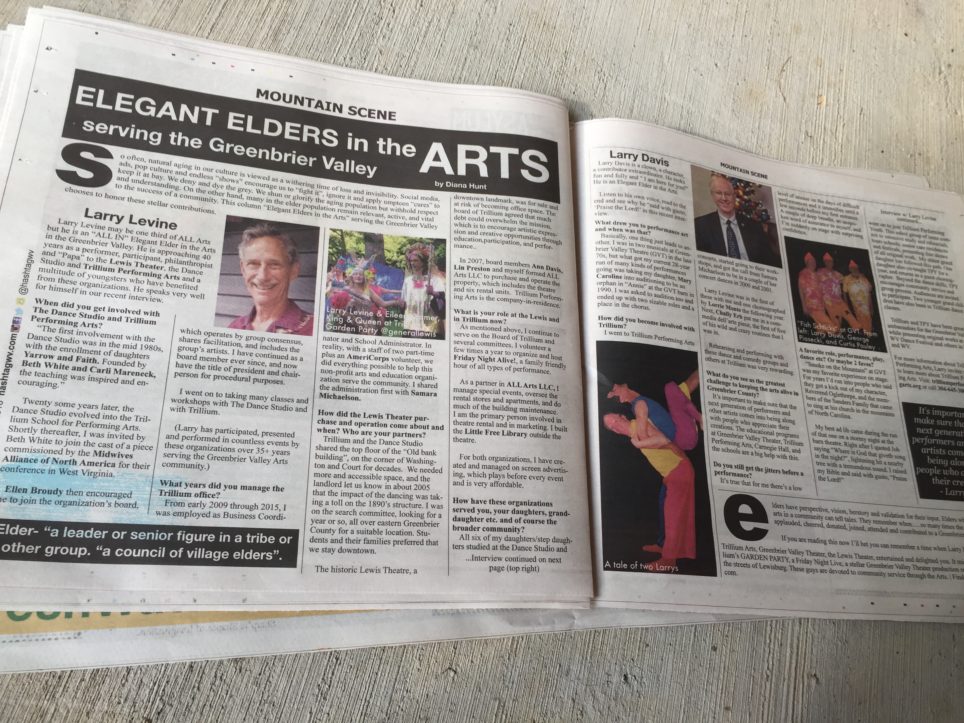 Elders have perspective, vision, herstory and validation for their input.

Elders who contribute to the arts in a community can tell tales. They remember when……so many times the community laughed, applauded, cheered, donated, joined, attended and contributed to a Greenbrier Valley Arts Event.

If you are reading this now I’ll bet you can remember a time when Larry Levine, Larry Davis, Trillium Arts, Greenbrier Valley Theater, the Lewis Theater, entertained and delighted you. It might have been at Trillium’s GARDEN PARTY, a Friday Night Live, a stellar Greenbrier Valley Theater production or even a simple meeting on the streets of Lewisburg. These guys are devoted to community service through the Arts.