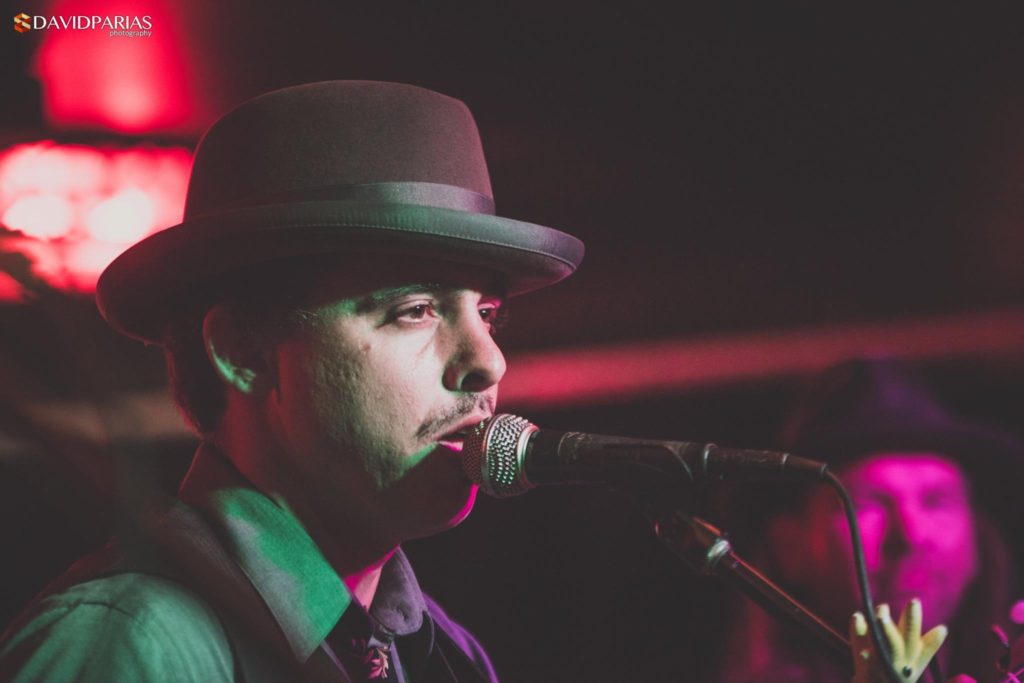 Xander Hitzig is a mighty force. His voice is towering, especially when crafted around such bluesy melodies as “Black” and “Angel Band,” cuts from his extraordinary 2017 studio record, Come Hither from Go Yonder. His soul ripples outward and proves as crucial to the proceedings as the music itself. Elsewhere, songs like “I Shiver with Lonesome” and “Lonesome Old Outlaw” can rip your heart out and move you to tears. 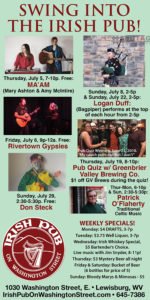 Native of West Virginia, Hitzig embodies the best of music-making and injects his fiddle and guitar playing with uncontrollable emotion. The instruments breathe openly and take on a life of their very own. The 10-track album is self-written, produced and recorded “on four different computers that didn’t belong to me over the last five years when occasionally I would have a brief respite from constant touring,” says Hitzig, whose productions not only soar to the heavens but dig deep into the earth’s topsoil.

He played all the arrangements himself, except for the mandolin parts on “The Train,” which features his brother Orion Hitzig, who also plays with him in other bands, including The BrownChicken BrownCow StringBand and the Hitzig Brothers. Kat Fountain lends her incomparable talents on harmonica for “Golden Drink.”

Come Hither from Go Yonder – available now for purchase on XanderHitzig.com and CDbaby.com, as well as up for streaming on Apple Music and Spotify – is a glorious slow-burn. Hitzig’s craft is exemplary, and the singer, songwriter and performer will be bringing his sterling style to his home state this July for several local shows.

Below, Hitzig chats with us about his upbringing and touring adventures.

How did growing up in West Virginia influence your music?

Growing up in West Virginia was a great place for someone with an interest in learning music. I fell in love with music mostly because of my parents. When I was growing up, they used to take my brother, my sister and me out to see live music on what looking back feels like a weekly basis. That was back in the days when it wasn’t impossible for a kid to get a drink in a bar…ginger ale, that is. Yeah, ginger ale and popcorn for us kids and something a little bit stronger for mom and dad, I’d say – late night in the Smokey Bar, front and center spellbound by world class musicians and bands such as Poteen, The Black Mountain Bluegrass Boys and Charlie Donelan.

I remember getting home super late from the bar, and we would all strip down and put our clothes right into the washing machine, because they were all saturated in cigarette smoke. Anyway, those were some of the most musically-influential times for me. There was so much live music going on all the time, and still is, in West Virginia. There’s inspiration everywhere you turn. My parents took us to tons of shows that weren’t in smokey bars, as well; those were just some of my favorites.

Now that the album has been out awhile, what songs do you find the most joy in playing?

The tracks on the album that I seem to end up playing the most at my live performances are “Angel Band,” “The Train,” “I Shiver with Lonesome” and “Black.”

Musically, do you feel like you accomplished what you wanted and need to for the album?

I feel like accomplishing what I want and need, musically, is a never-ending quest. There’s always farther you can take it. There’s constantly new inspiration, and there’s always room for improvement through diligent practice. Music is like a never-ending puzzle. In the words of the late, great Mr. John Hartford: “Music is based on repetition, and style is based on limitation”.

How would you describe the thrill you get from the different instruments you play? For example, how is guitar different for you than fiddle?

I play the guitar, fiddle and the tenor banjo with Irish banjo strings on it. Playing several different instruments is a treasure to me, and I wouldn’t change a thing. But they are all very needy and resentful, if you spend more time with one of them than the other. It can be great; sometimes I plateau with my guitar, and I can go woodshed on the fiddle for an hour or a week or two weeks or vice versa and so on and so forth and then again with the banjo. They are definitely all completely different animals.

In your touring adventures, what have been some of your favorite spaces you’ve played?

It’s hard to say what my favorite venues are. I’ve been traveling and playing music almost nonstop all over this country for a little over ten years now, and it can start to blend together a bit. I loved playing at the Oregon Country Fair. There’s really nothing quite like it. I love porches and living rooms. Some of my favorites are the little hole-in-the-wall spots. But I don’t like playing in places with a bunch of televisions.

Find a list of all Hitzig’s upcoming local shows below: