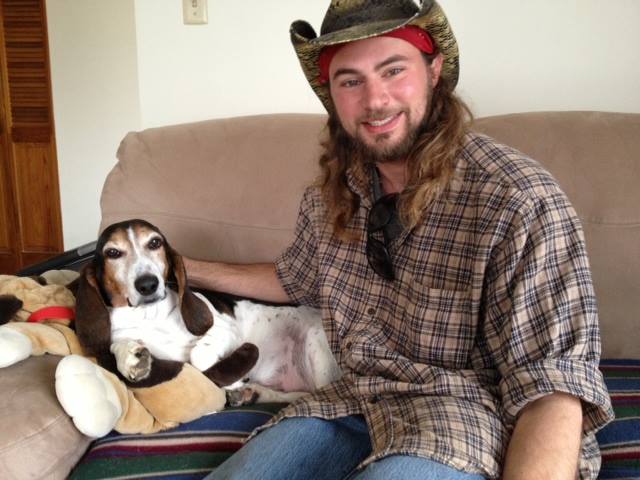 Mike Ross appears on The History Channel series Appalachian Outlaws, but he’s definitely no bandit. The avid outdoorsman has deep West Virginia roots and he’s excited to use his lucky break on TV to give back to the region making him famous.

Born in Greenbrier County, WV and raised on a 20-acre farm near Organ Cave, WV, Mike has always had a fascination with the forest. His parents Jeff and Susan Ross encouraged his adventurous spirit. He spent the better part of his childhood exploring the woods, riding horses and, of course, playing video games. He felt bored and confined in a classroom. He wasn’t challenged intellectually. Eventually, he was expelled from Greenbrier East High School, earned his GED, and began working.

After a brief stint at a local fast-food chain, Mike accepted a job at Mullican Lumber in Ronceverte, WV. Three years later, he joined Vintage Log & Lumber, in Alderson, WV. The company specializes in reclaiming and restoring vintage timbers from dilapidated rural structures. That’s where Mike developed a deep and enduring appreciation for the diverse species of wood and plants indigenous (some extinct) in the region. Always focused on the forest and his future, Mike attended WVU and earned a Bachelor’s of Science in Animal Nutritional Science in 2009. 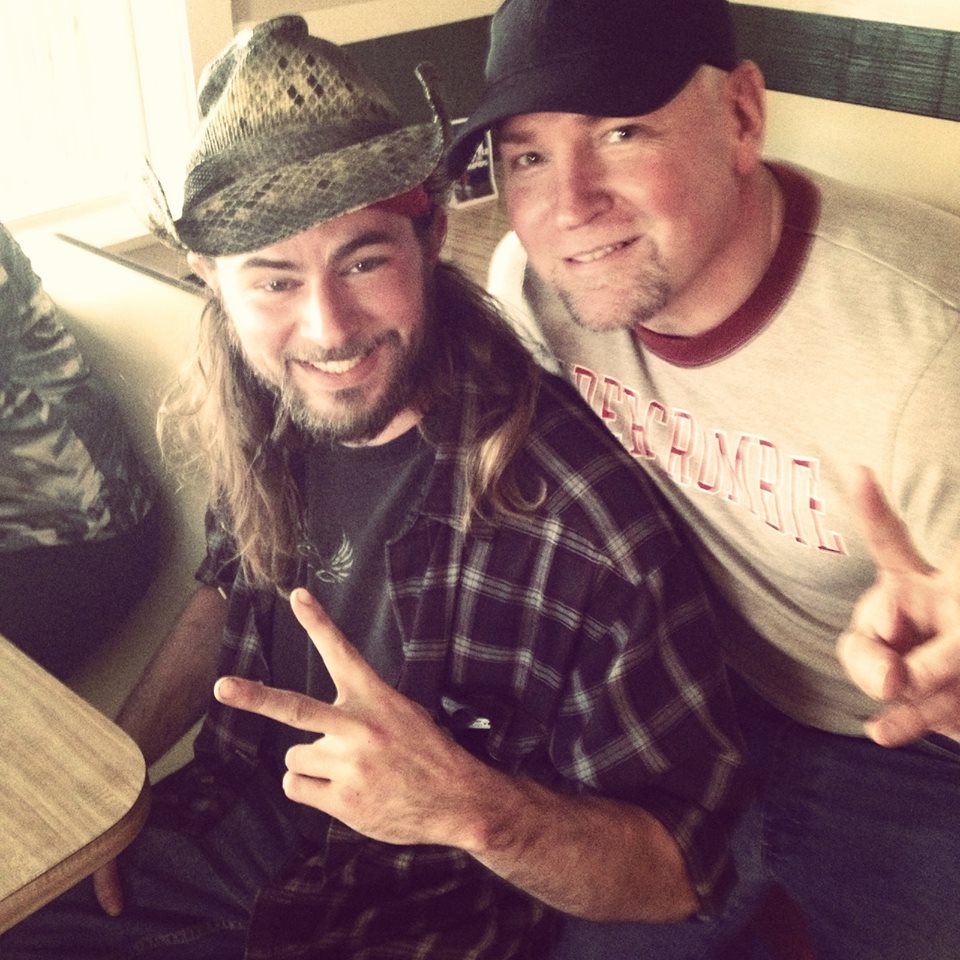 While Mike was at college in Morgantown, WV, his dad purchased the 400-acre Wolf Creek Cattle Farm in Wolfcreek, WV. Mike returned home to help his dad manage the massive Monroe County property. He also remodeled a vacant farmhouse on site and made it his home. Jobs were scarce in the area, so Mike started a computer repair business called New Tech Solutions. When it didn’t develop, he began building homes at The Greenbrier Sporting Club, in White Sulphur Springs, WV. Finally, Mike returned to Vintage Log & Lumber where he works today.

“We all know the stereotypes about us are false. The best part and heart of West Virginia is that our people are strong and sufficient. No one can bring us down.” – Mike Ross

When Appalachian Outlaws was in early development last year, producers contacted Mike and decided to cast him in the series. The show’s immediate success recently prompted Mike to launch his own Enterprise Corporation. Right now, he’s awaiting approval for the name for the LLC entertainment company. Once approved, he plans to develop projects of his own and hire local artists and entrepreneurs, when possible. Mike wants to use his popularity on Appalachian Outlaws to positively promote workers from West Virginia. 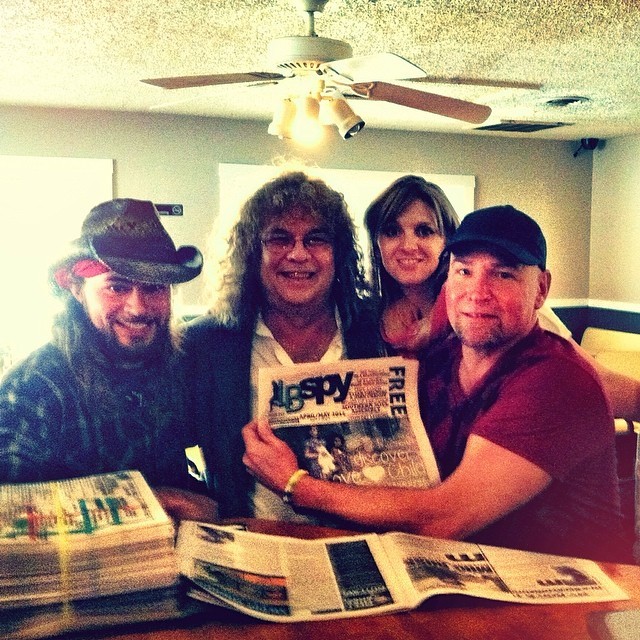 “We all know the stereotypes about us are false,” Mike said. “The best part and heart of West Virginia is that our people are strong and sufficient. No one can bring us down.” While climbing the ladder of success with Appalachian Outlaws, Mike wants to lift as many West Virginians up as he can. “I want to use my supposed ‘stardom’ to create local jobs, industries, and good vibes for our community.”

Don’t expect this hillbilly to go Hollywood anytime soon, either. He enjoys the peace, serenity and privacy of living here too much. “That’s why I love West Virginia; it’s the freedom,” he said. When Mike isn’t working, you’ll likely find him hiking, kayaking, mountain biking, caving, or mountain climbing somewhere in the state, more than likely in Greenbrier County.

Mike is well aware of the struggles associated with living in West Virginia. He explained, “Very few people want to invest in businesses here. Hopefully, with national recognition, I’ll be able to find funding to create opportunities for people who need, want, and deserve jobs in West Virginia.” 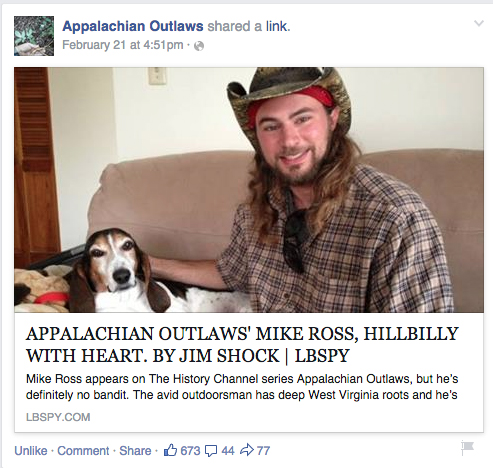 This outlaw is truly one of the good guys in these parts of West Virginia. Pardon the pun, it’s impossible not to ginseng the praises of a small-town celeb with big-time aspirations of blazing trails of opportunity for folks in Appalachia.

Send Mike Ross a friend request on Facebook for more exciting news and updates about his newest venture.