Pop/Rock and a Twist of Punk at The Asylum! 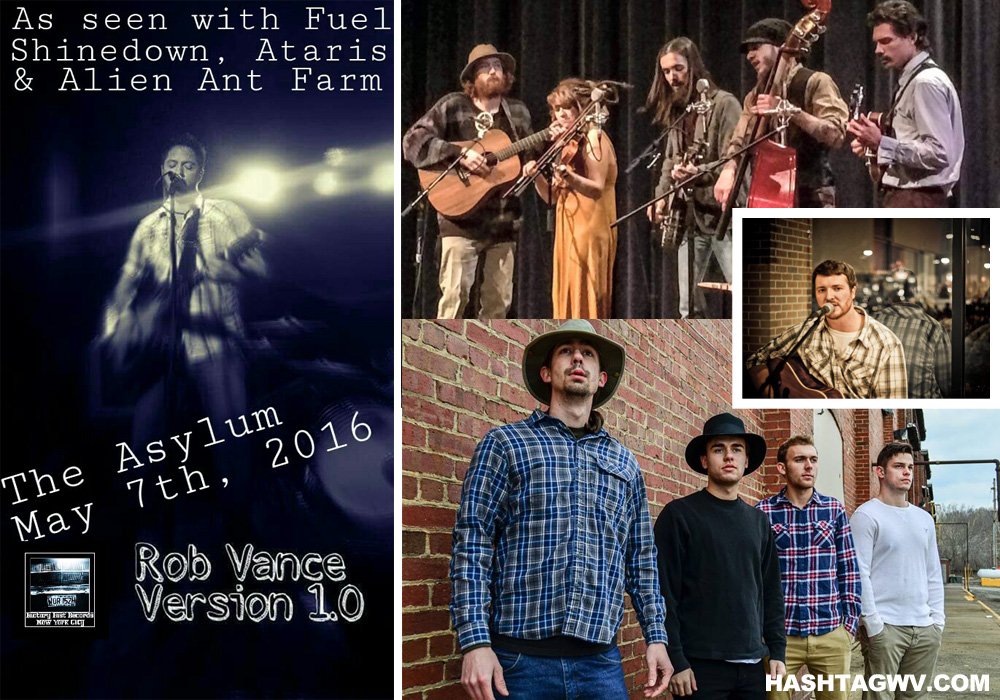 Don’t miss live music at The Asylum this May!!! Friday, May 6: Nick Durm & Randy Gilkey (from the Boatmen!) perform at 9pm. 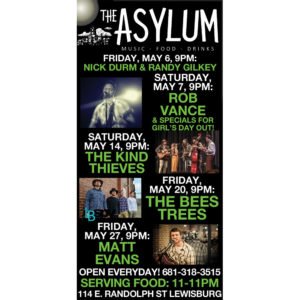 Saturday, May 7: Rob Vance at 9pm. Also, enjoy specials for Lewisburg Girl’s Day Out! Rob plays Acoustic based pop/rock with a twist of punk. Rob Vance has had the pleasure of sharing the stage with such acts as Fuel, Shinedown, Marcy Playground, Ataris & Alien Ant Farm to name a few. More info facebook.com/robvance4 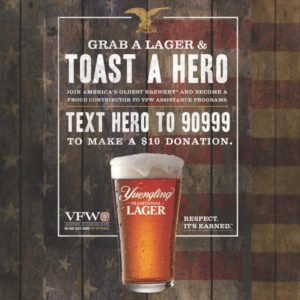 Friday, May 20: Enjoy Rock/Soul/Funk with The Bees Trees at 9pm.
Band bio: Four years after forming as a four-man band, The Bees Trees continues to evolve and enchant listeners. Delivering a dynamic fusion of melodies that highlights a wide range of musical influences, including jazz, roots rock, reggae and Blues, The Bees Trees delivers it’s unique sounds to an eclectic audience, frequently performing in a variety of venues from taverns to music festivals and theaters. Their sound, which meshes various musical genres, appeals to an audience of all ages and styles.
The band recently released their new E.P. entitled, “Roots,” in December of 2015. You can get The Bees Trees’ music on iTunes and CD Baby..Catch the band in a city near you! More info: facebook.com/TheBeesTrees 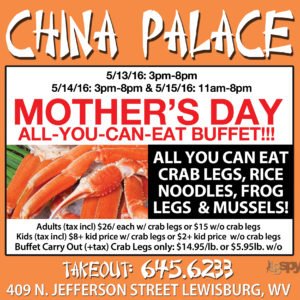 Friday, May 27: Matt Evans plays at 9pm. Matt is a seasoned singer/songwriter originally from Greensboro, NC now residing in Lewisburg, WV. Matt has been performing with bands, and as a solo artist, for the last 20 years locally in North Carolina, as well as, in West Virginia and regionally in the Southeast. His most recent release, Everybody Waits, was influenced by a wide range of rock, country, and folk artists and includes a variety of original, never before released, songs. Currently, Matt Evans is working on a new project in Nashville, TN with producer, Dick McVey and booking dates in support of his new single “Broken”. The album Everybody Waits and the brand new single “Broken” are available now on at www.cdbaby.com/mattevans. “Broken” is also available on iTunes. Visit www.reverbnation.com/mattevans for music, tour dates, news, and more. More info: facebook.com/mattevansband 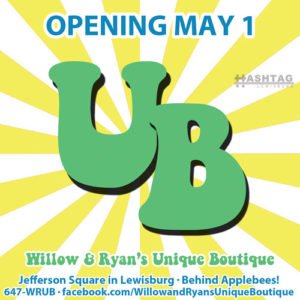 The Asylum is located at 114 E. Randolph Street in downtown Lewisburg. For more info, visit them at facebook.com/asylumlewisburg or call 681-318-3515.