On Saturday, March 5th, swimmers will splash into the 13th Annual Greenbrier Valley Polar Bear Plunge at Blue Bend Recreational Area in Monongahela National Forest. Starting at 1pm, an estimated 100+ people will get their adrenaline flowing as they dip into the frigid water while another 1,300+ will watch in awe. 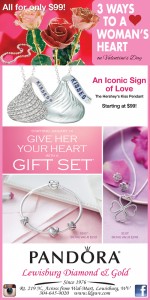 Last year, a snowstorm made the area inaccessible so the plunge was called off. After a long break, the polar bears are ready to get back in the water. Some plungers will wear swimsuits, many will be in costume, and a few will sport bikinis. In 2014, this plunge was named a “Southeast Tourism Society Top 20 Event”. This is the only March event in West Virginia to be named as such. Also, WVVA has agreed to be this event’s media sponsor again for 2016. Plungers are asked to be on location at 12pm on the day of the event. 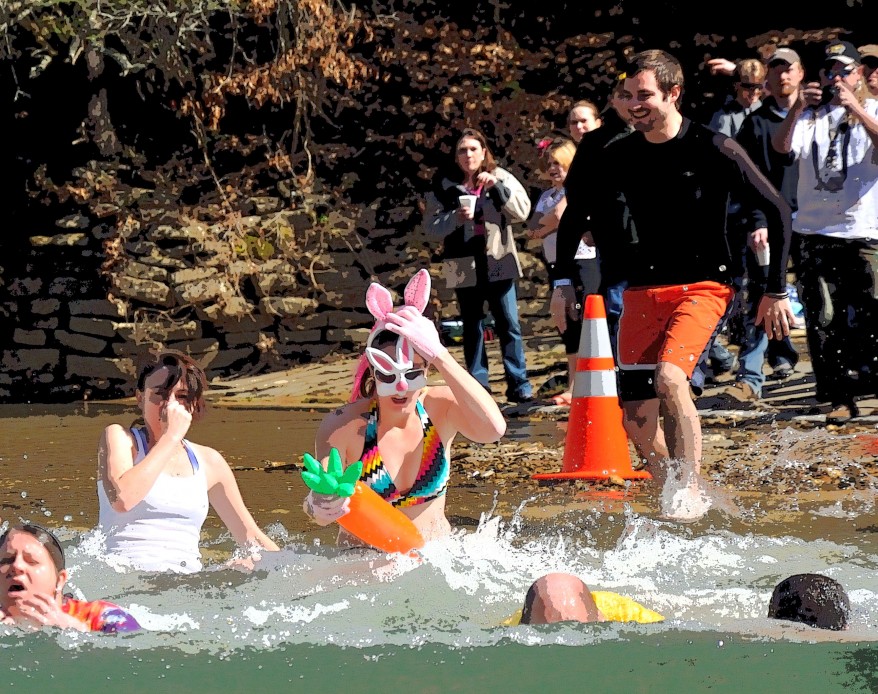 “Averaging a balmy 36F degrees in March, the Blue Bend Recreational Area portion of Anthony Creek is truly a blue bend in the river. With underwater springs and deep pools in a backdrop of mountainous serenity, the location is a perfect habitat for a Greenbrier Polar Bear.”– Craig Miller, Serenity Now Outfitters. 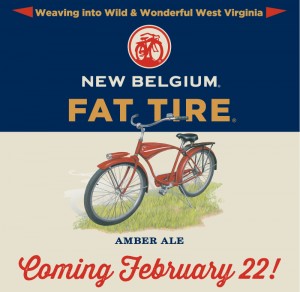 When Pigs Fly Barbeque and Catering will be on site vending your favorite pulled pork sandwiches and soft drinks. DJ Penny C. will be located on the rocks across from the plungers to keep up the momentum with popular music before and during the event. The Greenbrier East Junior ROTC, which has been featured in past events, will once again perform the National Anthem before the start of the plunge. Local favorite, Half Bad Bluegrass Band, will perform a concert at the large shelter following the plunge. 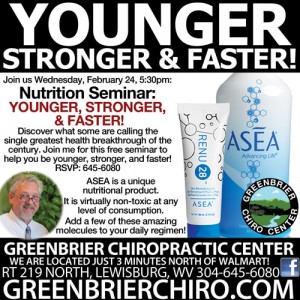 “I hope all of my polar bear club members will once again join me in our effort to combat child abuse in our communities as we plunge into the icy waters of Anthony Creek again this year. Don’t forget to bring a towel.” Christian M. Giggenbach, President of the Greenbrier Valley Polar Bear Plunge Club. 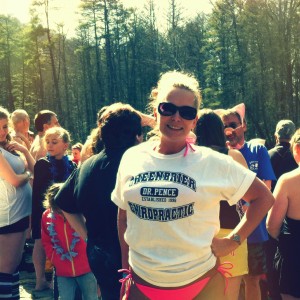 As in past years, 100% of all proceeds goes to benefit the Child and Youth Advocacy Center (CYAC). Each plunger who raises at least $25 in sponsorships receives a 2016 Polar Bear Plunge t-shirt. To help raise the money each year, club members ask citizens to sponsor them plunging into the water. Fundraising packets may be obtained at the CYAC (located in downtown Lewisburg), Little Black Box Lingerie (located behind Applebees in Lewisburg), or at facebook.com/greenbrierpolarbear. Business sponsorships are also available. 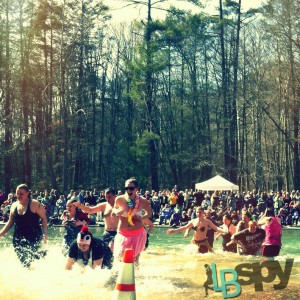 “We are deeply appreciative for the plungers, pledgers, businesses and volunteers who make the polar bear plunge a reality. Please bring your kids and the whole family to watch the fun and sponsor a plunger.” – CYAC Executive Director Katherine Thompson

Professional Security Services of Lewisburg will handle the parking again this year. 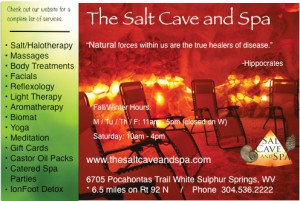 Event organizers would like to give special thanks to their sponsors, plungers, spectators, and to the U.S. Forest Service, who give them a special permit to hold this event each year. For more details on this event, please call 304-645-4668. | Featured photos by Craig Miller and Christina Entenmann.