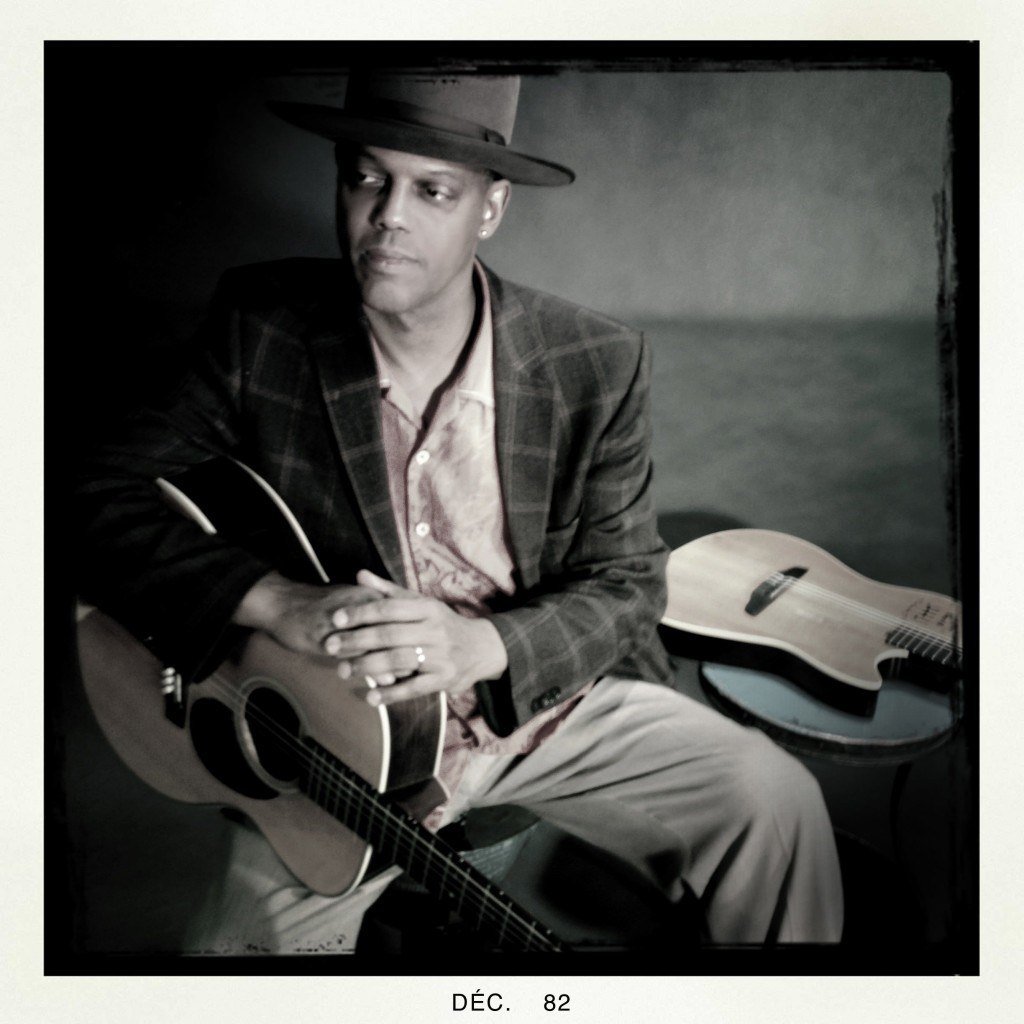 Another year is upon us, and it hardly seems time. The season is warm, and I’m watching bewildered geese flying over, not sure where they should be going, and marveling at the dandelions who poke their little fists through the ground, not quite sure if it’s time. Fireflies were sighted less than a month ago. We were outside barefoot on Christmas day; can this be? My mind is aware of the customary and oft-broken contract with ourselves, the Resolutions: new awakenings, new promises, advancement, improvement, reconciliation and forgiveness, and the inevitable moving on into the unknown. What are the origins of such resolutions, which are optimistically conceived on the fickle heels of good intentions? 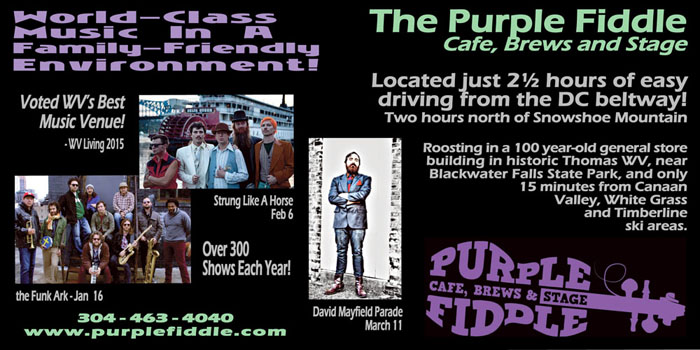 DRIVING THROUGH THOMAS, WV? CHECK OUT THE PURPLE FIDDLE! purplefiddle.com

Babylonians made promises to their gods that they would return borrowed objects and pay their debts. The Romans began each year by making promises to the god Janus, for whom the month of January is named. In the countless other religious parallels to these rituals, most have the purpose of reflecting upon one’s wrongdoings over the year and both seek and offer forgiveness. Perhaps my resolution is to seek clarity. Forgiveness seems to be ongoing.

So, here’s the ritual I’m digging this year. In the Medieval era, the knights took the “peacock vow” at the end of the Christmas season. The knights were required to place their hands on a peacock, yes, place their hands on a peacock, and vow to continue living up to their pledge of chivalry. The continuation of gentility, gallantry, nobility, honor, loyalty, courage, civility…we can all do with more of these. Sadly, in many a legend, the poor peacock meets its demise at the end of the tale, and is divided amongst the knights (and knaves and jacks of hearts, rogues and rascals alike). As an alternative to finding an actual peacock, I suggest placing your hands on something equally as magical and elusive like, say, a vintage piano shawl or a peacock-colored velvet scarf, a dusty rare book, or even a live wild-eyed lop-eared bunny with a ribbon for a collar. I suggest placing your hands on something exotic, perhaps feathery, like an usually lovely acquaintance dressed in beautifully-colored garb, and make your wish or your pledge of chivalry, or just close your eyes and believe with all your heart that your quest for clarity and magnanimity will come to fruition. 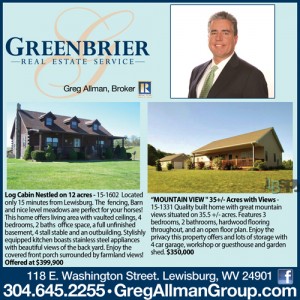 Oh, look here, I’ve gone on too long about the turning of the times. The matter at hand is the upcoming concert by the remarkable ERIC BIBB, one of the leading bluesmen of his generation, who will appear at Carnegie Hall on Friday, January 22nd. Having a career that has spanned five decades, and having made more than 35 albums, having appeared on numerous radio and television broadcasts, Bibb’s reputation as a “Progressive preservationist”, soulful player and singer, fine writer of sensitive delivery and professional attitude, tells us that Bibb is someone to see. Handsome, up-beat, with blazing vocals and the sweetest guitar style you’ll ever want to hear, you’ll want to attend this show and add this lovely man to your radar, if you don’t already know all about him.

Bibb was born in New York City, the godson of Paul Robeson (singer, actor, and civil rights activist), the nephew of John Lewis (jazz pianist who founded the Modern Jazz Quartet), and son of Leon Bibb (a major figure on the New York folk scene of the 1960’s. His parents’ house was a hub of activity, a center of artistic life, and was frequented by the Rev. Gary Davis, Judy Collins, Odetta, Dylan, and more. This had to profoundly influence a young kid growing up in those times, with those influences, and those experiences. This must have opened the creative door for him to step through. And step though that musical doorway he did, and he continues to bring with him the intensity of those times, while propelling his own style of blue into the new year and years to come. One critic described his persona as “grace, elegance, and gentleness”.

He went to Paris at 19 and met American guitarist Mickey Baker, who inspired his focus on blues guitar. Eventually he moved to Stolkholm, Sweden, and to his surprise, found a wildly creative atmosphere reminiscent of his formative Greenwich Village years. He started recording, back in the 70’s, but his breakthough album “Spirit and the Blues” was not released until 1994, and set off a chain of tours and well-deserved recognition. Over the years he has performed with a myriad of musicians including Taj Mahal, Pops and Mavis Staples, Charlie Musselwhite, Rory Block, Maria Muldaur, Bonnie Raitt, Mamadou Diabate, Amar Sundy, Glen Scott, Staffan Astner, Chuck and Darick Campbell (oh, how I love love love them), Dirk Powell, Solo Cissokho, Cedric Watson, Andre De Lange, Jerry Douglas and Habib Koite (with whom he toured during 2012-13). 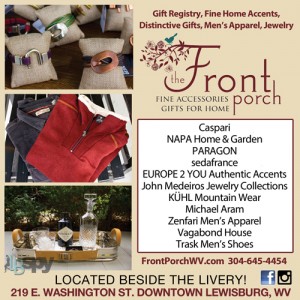 Eric has a recent album called “Jericho Road”, a labor of love, produced by multi-instrumentalist Glen Scott. Bibb says, “Musically, we decided we were just going to follow our hearts. It’s an album that combines all of our pet sounds: classic soul, gospel, world music flavours and some strings, as well. It’s more adventurous than ever before” – and it propels the blues into this new century.”

So let’s go hear this good-looking, world-traveling, up-beat, passionate, spiritual blues-man. This might be your peacock vow, to propel us into the new year, to perpetuate chivalry, respect, and just some damned fine blues music. See you there.