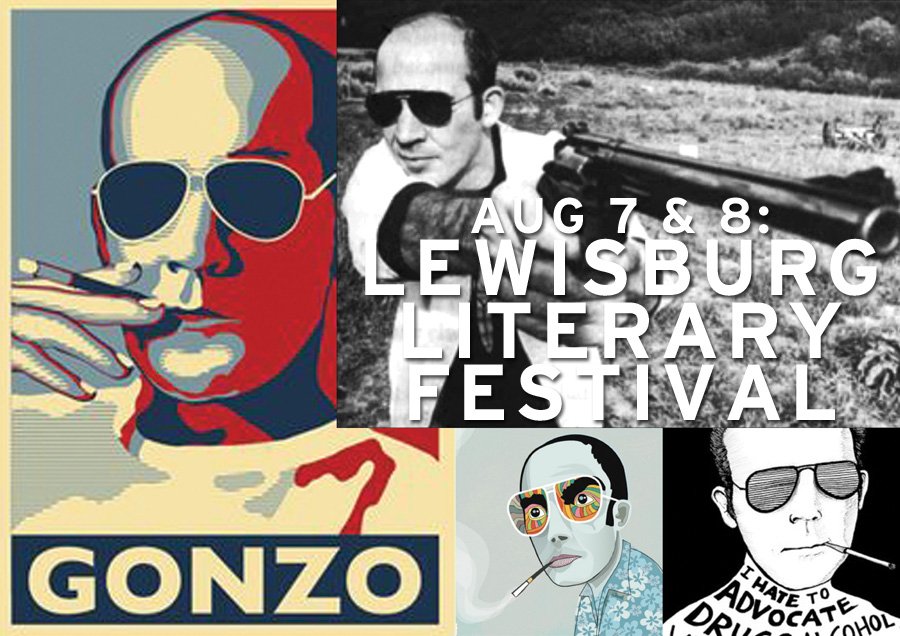 Festivities kick off Friday at 4pm with a writing workshop by author, Cat Pleska, in the Greenbrier Visitor’s Center. At 5:30pm, horror author, Brian Keene, will give a reading and question/answer at the Lewis Theatre. Keene writes novels, comic books, and short fiction. He has written over forty books, mostly in the horror, crime, and dark fantasy genres. At the same time, you can find children’s author S.D. Smith at the Greenbrier Public Library giving a program aimed at young readers. Smith wrote The Green Ember and The Black Star of Kingston, children’s fantasy adventures in the tradition of The Chronicles of Narnia and Redwall. At 7pm, there will be a free showing of “The Help” at the Lewis Theatre. If you’ve always wondered about West Virginia’s Legendary Mothman, check out the dramatic horror reading following the movie at Old Stone Cemetery. At 9:15pm, local actors Eric Fritzius and Devin Preston will perform a play adaptation of “to a Flame,” which is a short horror/humor story involving the Mothman.

Don’t go home yet because you can Win a Trip for 2 to Las Vegas (round trip tickets from Dulles and two nights at Circus Circus) with the Hunter S. Thompson Look-A-Like Contest. Thompson was an American journalist and the founder of the gonzo journalism movement in 1970. This is first person experiential journalism, fueled by some kind of substance which are usually drugs or alcohol. It’s drawn from a combination of both social critique and self-satire. The trip is Las Vegas because this city was Thompson’s metaphor for how he thought we define the American Dream and he wrote a book about it called, “Fear and Loathing.” To win the prize, your Thompson look-a-like may include a love for guns, golf, whiskey, and Kentucky bourbon. Also, cigarette holders, aviator shades, questionable RX pills, and the ability to see things in a very real perspective. Non-competitors are encouraged to dress as lizards. This event is held at The Asylum. Registration starts at 9:30pm and the competition is at 10pm.

On Saturday morning from 9:30-10:30am, check out the Writing Workshop by Fran Simone, an author for the West Virginia Writing Project. She will offer instruction on writing a personal narrative, memoir, creative non-fiction, writing as healing, and give tips to help you thread to weave throughout the story. Another workshop will be held from 11am-noon with author Ed Davis. His focus will be on the joys and pitfalls of writing autobiographical fiction.

Throughout the morning, there will be four WV Read Alouds starting with City National Bank at 10am; Edith’s at 10:30; Love Child at 11; and the Greenspace at 11:30.

From 12-3pm, there will be a book signing with Chef April Hamilton. She recently wrote “Counter Intelligence: The Best of April’s Kitchen” It’s filled with dozens of smart and delicious recipes. Perfect for busy families who are eager to reconnect in their kitchens and at their tables. She may even cook something that is inspired by Kathryn Stockett’s “The Help”!

April’s Kitchen Counter is a unique approach to learning how to cook. Chef April Hamilton offers personalized cooking classes for you at home, work or play as well as a series of one-of-a-kind group classes that you can sign up for.

Kathryn Stockett, headliner for this year’s festival, will speak at Carnegie Hall. She is well known for her 2009 novel The Help, which exposes racism the African American help endured with their white family employers during the Civil Rights era (1963) in Jackson, Mississippi. This book has sold over 10 million copies and appeared on the New York Times Bestseller list for more than 100 weeks. The book was adapted into a movie, which came out in 2011 and earned over $216 million in box office sales worldwide. She will speak at the hall at 7pm on Saturday the 8th and sign copies of her book.

Author, Wiley Cash will also be in attendance on Saturday with his two New York Times Bestselling novels: A Land More Kind Than Home, which is a sinister thriller with all the elements you look for in southern gothic with a focus on the terrible cost to a community when blind faith and religious fervor is taken to the cult level; and The Dark Road to Mercy, which is a tale of love and atonement, blood and vengeance. This story involves two young sisters, a wayward father, and an enemy determined to see him pay for his sins. Wiley will speak at Carnegie Hall from 1-2pm on Saturday the 8th.

Following Wiley is author/journalist, Jim Auchmutey, who, similar with Stockett, reveals the Civil Right’s Movement with his book, “The Class of ‘65”. Specializing his career on the South and its history and culture, Auchmutey provides an in-depth account of one young man who lives through the racial strife showing courage and empathy toward African Americans. “A spellbinding, deeply sensitive portrayal of the conflicted South…” – Hank Klibanoff, coauthor of the Pulitzer Prize winning The Race Beat. Accompanied by the “young man” in the book, who is Greg Wittkamper (Monroe County resident), the author will speak at Carnegie Hall on Saturday the 8th at 3pm. He will also sign copies of his book.

This event is free. If you are interested in seeing a speaker or joining a workshop you need to reserve your ticket by calling 888-716-5082.

In closing, here is a quote by Hunter S. Thompson…

“If I’d written the truth I knew for the past ten years, about 600 people—including me—would be rotting in prison cells from Rio to Seattle today. Absolute truth is a very rare and dangerous commodity in the context of professional journalism.” – Hunter S. Thompson. Feb 15, 1973 issue of Rolling Stone.