Gear Up For Motocross & more at WV State Fair! 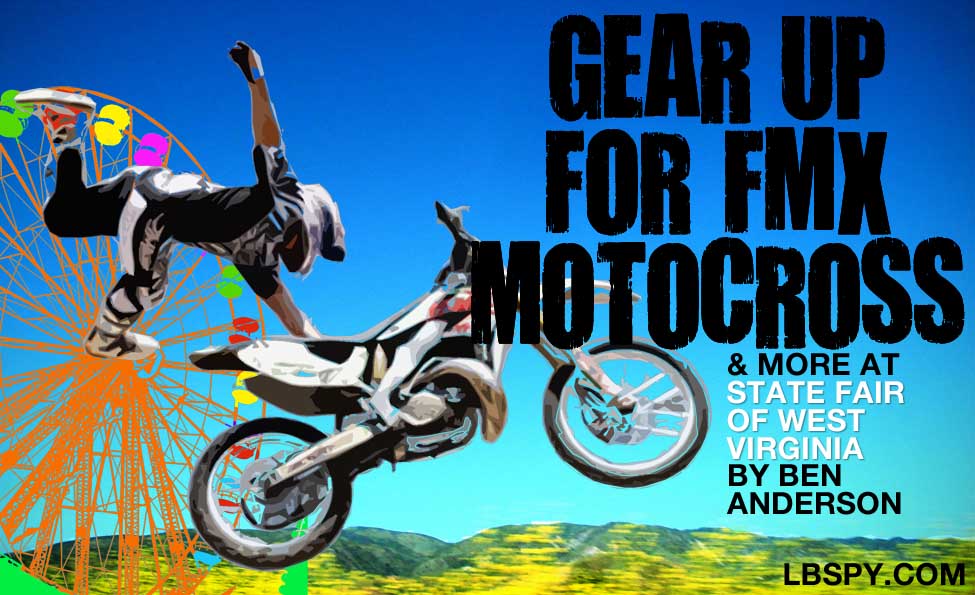 ‘It Feels Like Fun, It Feels Like Fair’; that is the slogan for the 91st State Fair of West Virginia, which will be held from August 14th to 23rd. A joy to experience since its inception in 1921, the #SFWV is known as the ultimate annual family event in the Greenbrier Valley, attracting visitors from all across the Mountain State and beyond.

Over the past 7 years, Fair attendees have trembled with excitement watching the U.S. FMX Championship Series, one of America’s top stunt tours. FMX Motocross, the high-flying, death-defying extreme sport packed with flips, tricks, and excitement, has gained immense popularity over the past decade through nationally televised events such as the X Games and Red Bull X-Fighters. The U.S. FMX Championship Series, which consists of 10 rounds touring the Northeastern United States, gives spectators an exhilarating look into the world of Freestyle Motocross.

The U.S. FMX Championship Series will be right in the home stretch of the season when it visits Fairlea, West Virginia on the final day of the Fair, further elevating the pressure on the riders to perform out-of-this-world tricks. For the series, judges score contestants based on a 100-point scale, searching for the most difficult tricks and variations in the air. The victor of each round receives 10 points toward their season total, while 2nd place garners the rider 8 points, 3rd place gets 7 points, and so on.

Tricks we should expect to observe include flips with combos, cliffhangers (where the rider, arms reaching for the sky, hangs above the motorcycle with their feet under the handlebars.), Kiss of Death (where the rider literally kisses the front fender of his motorcycle in a trick demonstrating strong athleticism), and many more. If we are lucky, we may witness a double-backflip, a move that was once thought of as impossible until the great Travis Pastrana performed one in 2006 during the X Games. Since then, the trick has been more common in competition, but is still tremendously difficult to land.

This FMX Motocross event is certain to bring the Grandstand viewers to their feet, get hearts pumping, and create memories for the whole family. Admission is free with paid gate admission.