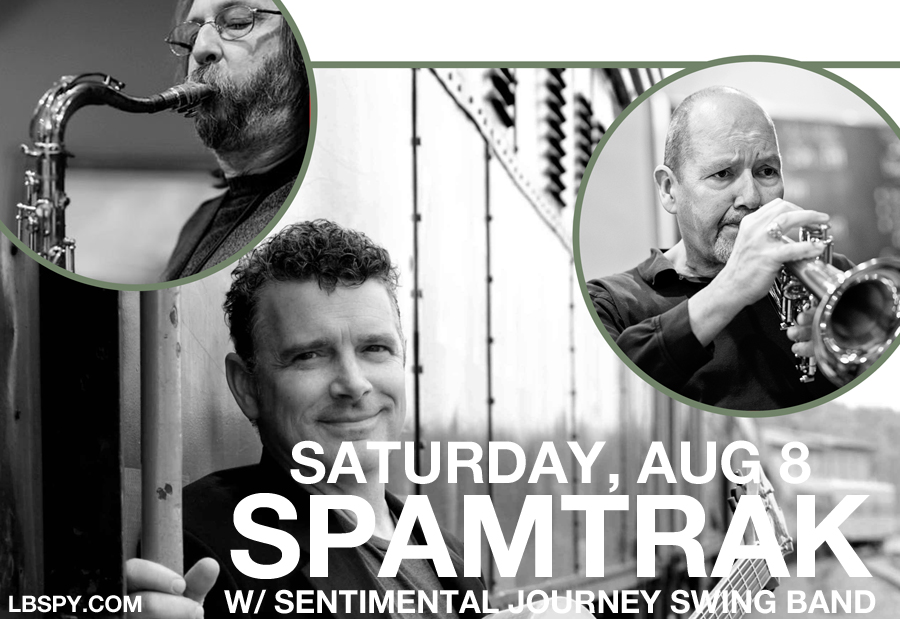 Mountain Rail Adventures will be recognizing an American cuisine icon that gained in popularity in the mid-20th century. A Spam-packed Saturday, August 8 will feature authentic dishes of Spam, a main course meal for soldiers during World War II. Soldiers commonly referred to Spam as “Ham that did not pass its physical!”, and “Meat loaf without Basic Training.” SPAMTrak will be a full day train rides, live entertainment and a Spam-delicious picnic featuring, as you can imagine, Spam! The Saturday Spam Gala will feature music of the 1940s era provided by the Sentimental Swing Band. This little, big-band performance is directed by Seth Maynard, Elkins-based jazz virtuoso and composer.

Take a musical trip down memory lane on with the Sentimental Journey Swing Band, a group consisting of trumpet, saxophone, trombone, voice, and a percolating rhythm section that’s sure to get you “In The Mood”! The band performs a variety of favorite tunes from the 30s & 40s that will take you wistfully back to those special years (“The Nearness Of You”, “It Don’t Mean A Thing [If It Ain’t Got That Swing]”, “Sentimental Journey”, “Night And Day”, “Chattanooga Choo Choo” and many others). Featured trumpeter Marshall Scott, plays sizzling high notes and warm, sweet flugal horn melodies that will make you want to hit the dance floor. Marshall is a Getzen endorsed artist/clinician and has accompanied entertainers and jazz artists including Bob Hope, Red Skelton, Hal Linden, Aretha Franklin, Rosemary Clooney, The Four Tops & Temptations, The Jimmy Dorsey Orchestra, Natalie Cole, Burnadette Peters, and The 5th Dimension.

Rich Norwood on saxophone brings a charming, flavorful tone to the band’s arrangements, reminiscent of Lester Young & Jimmy Dorsey. He has performed at the Montreux Jazz Festival in Switzerland and shared the stage with internationally acclaimed jazz artists, such as trumpeter Arturo Sandoval, organist Gene Ludwig, and drummer Roger Humphries.

While the band performs a variety of iconic instrumental pieces from the era, Seth Maynard is the featured vocalist whose years of training at Berklee College of Music are evident in his skillful and colorful guitar and vocal stylings. Seth has toured the country and opened for many national/international artists over the course of his career. He has backed up artists like Fred Travalena, The Four Aces, and Lou Christie.

The Saturday SPAMTRAK event will be held at the remote, forest amphitheater of Spruce which is accessible only by rail. Board your train of choice from Elkins, Cheat Bridge, or Cass Depots. Trains depart the Elkins Depot at 2:00 p.m. Cheat Bridge at 5:15 pm, and Cass Depot at 4:45 pm.

SPAMTRAK is an inaugural Mountain Rail Adventures event and is part of the new multi-day Wild Heart of West Virginia adventure package series. To reserve your SPAMTRAK ticket, call 877-686-7245, ext. 109 or visit www.mountainrail.com.