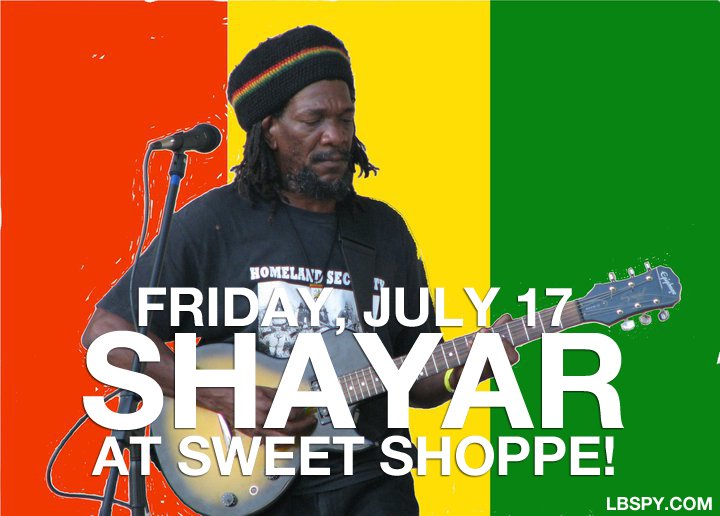 Shayar (Lenval Jarrett) was born in Ocho Rios, St. Ann Parish, Jamaica in 1956. He had a natural inclination towards music and his bass-playing father was one of his greatest influences. Shayar began piano lessons in primary school. At age 12, Shayar convinced his father to buy him a guitar. He soon knew music would be his career. In high school, Shayar played in a band that worked the hotel circuit along the north coast of Ocho Rios.

When Shayar was 19, the famous Jamaican producer Jack Ruby introduced him to Reggae Superstar and Grammy-winner Burning Spear. Over ensuing decades, Shayar has played guitar for Burning Spear on international tours and has also toured with Anthony B, the Itals and Gregory Isaacs. He’s played studio sessions with the Mighty Diamonds, Freddie McGregor, Leroy Sibbles and many others.

When not on tour, Shayar focused on his own original music. In 1984, he moved to Brooklyn, NY and formed Crucial Force. In 1998, Shayar moved to the mountains of Beckley, WV – where the natural beauty is akin to that of Jamaica – and continued with a new iteration of the band, Krooshal Force.

By 2011, Shayar had recorded six albums. Spiritual Warrior, released in 2006, receives radio play in Europe, and is popular with fans on the band’s local circuit. Get Up and Try was released in 2009 and Give Your Love came out in 2011.

Shayar spent the fall of 2012 and almost all of 2013 in Europe, where he collaborated with Børge Johansen in forming the group OnJaa. The band released an EP, Righteous Path, and played the Horten Roots and Reggae Festival and venues in Oslo, Norway. He performed as a cast member in the play The Legends and, during the summer of 2013, toured with Admiral P and Nico D.

When he isn’t touring or gigging, Shayar works on his original material in the studios of Henrik Berhane of Berhane Productions, playing guitar, bass, drums and mandolin on tracks that will become his next release.