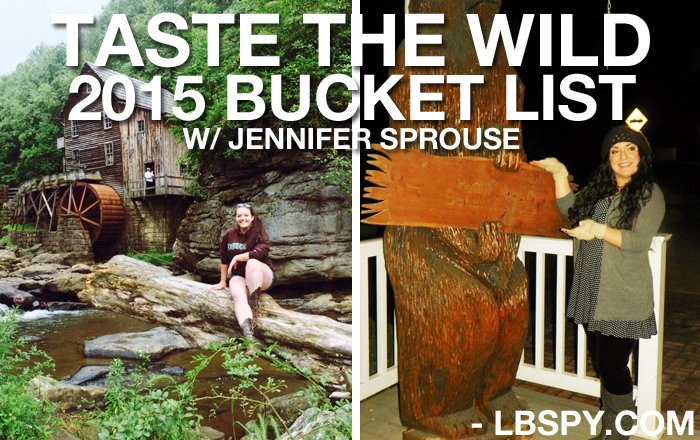 As humans we are always in a state of procrastination – always saying that we will get to that project tomorrow, visit that desired destination next year, and try that new activity next time. Eventually we look back and realize that a significant portion of time has passed and all we have managed to do […] 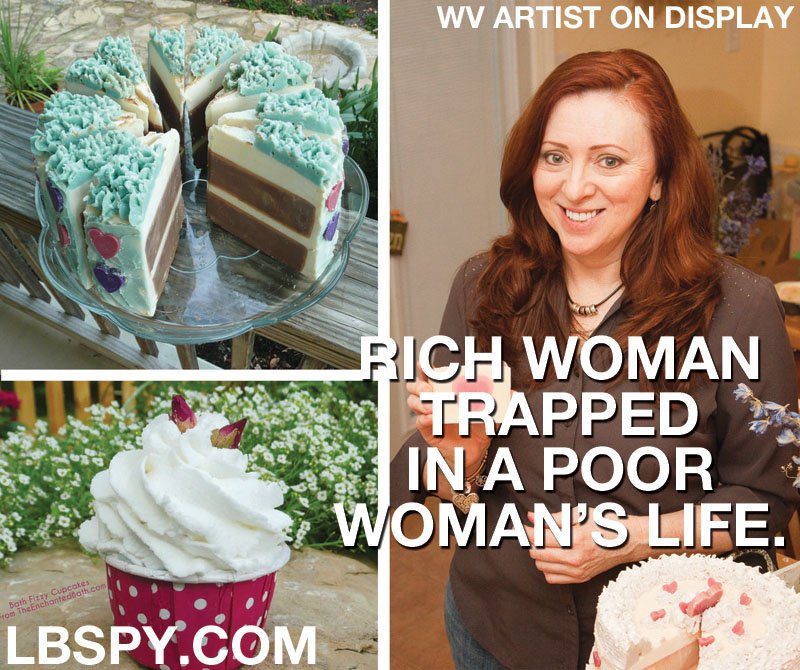 Linda Mays likes to joke that she is a rich woman trapped in a poor woman’s life. Linda’s mother always told her she had a ‘rich man’s taste on a poor man’s budget’ and Linda says that’s pretty accurate. She loves and appreciates the finer things in life, like gourmet food and exotic travel destinations. […] 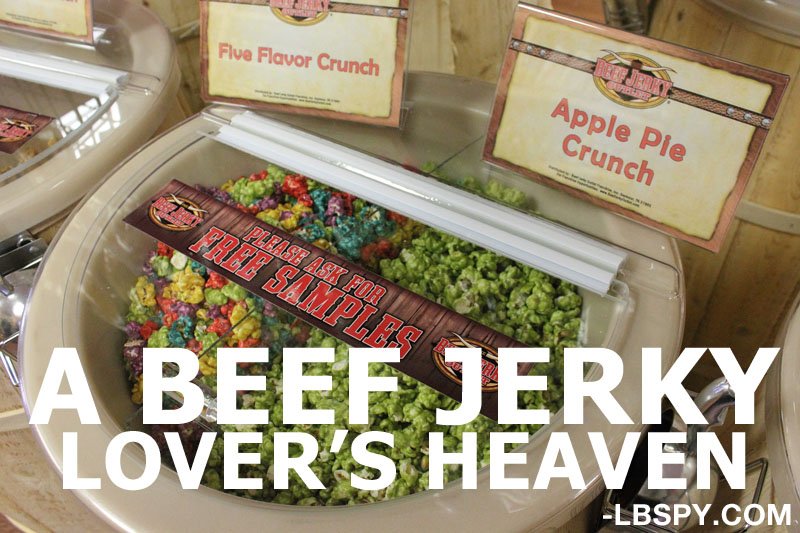 Lewisburg’s new Beef Jerky Outlet has what it takes to satisfy your need for spicy meat, salsas, popcorn, veggies, hot sauce, and more. You can find many different varieties of jerky in bins or pre-bagged. They have hot jerky and even hotter jerky! If you’re apprehensive about purchasing a certain flavor, you can try before […]

POSITIZE “U”: NEW YEAR, NEW YOU! BY “THE HYPNOTIST,” AKA MICHAEL DENIS 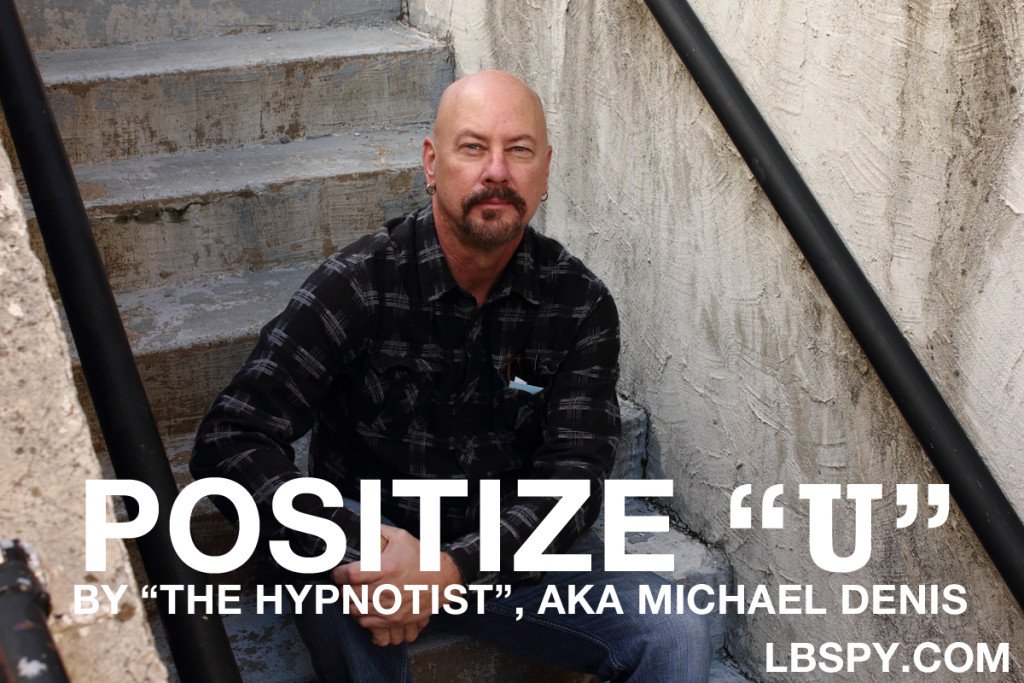 Happy New Year & welcome to my new monthly column. With the New Year upon us and all of those Resolutions we have made, I am going to expose you to an alternative method to help ensure success with your new goals. It’s called Hypnosis and it’s a low stress, affirmative, scientifically proven way to […] 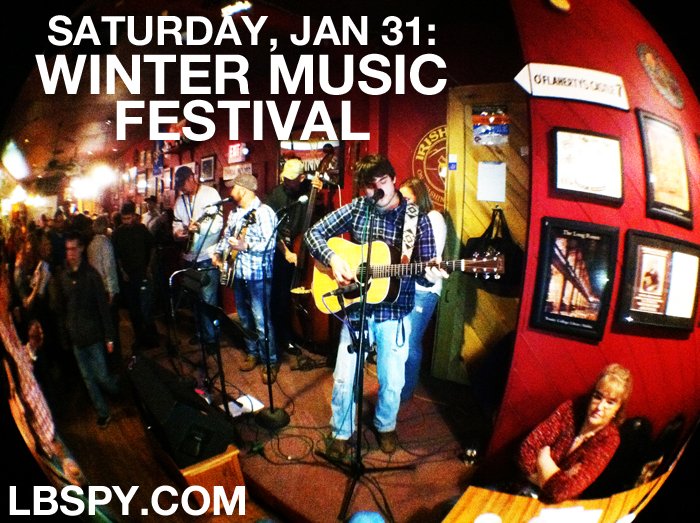 The 3rd Annual Greenbrier Valley Winter Music Festival (scroll down for schedule) will take over downtown Lewisburg Saturday, January 31. As the festival grows, more musicians get behind the cause and more venues jump on board. Along with the valley’s most notable and talented musicians and bands, several performers from Fayette and Raleigh counties are […]

How’s the music scene on the mountain? It’s boosting on Friday nights with bands from around the country. Beats on the Basin is a concert series held every ski season at the Connection Nightclub at Snowshoe Mountain. On January 9th, grammy-nominated bluegrass expansionists band, known as The Infamous Stringdusters, hits the stage. You’ll find they […]

January at the Sweet Shoppe in Lewisburg! 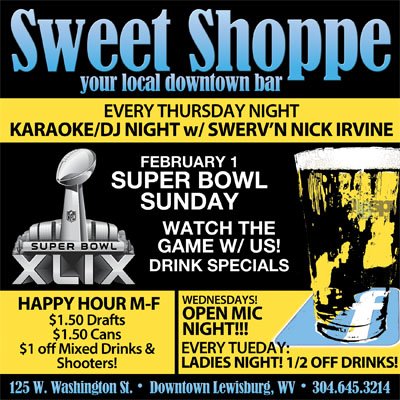 Come in for a drink, stay for the music and game on tv! 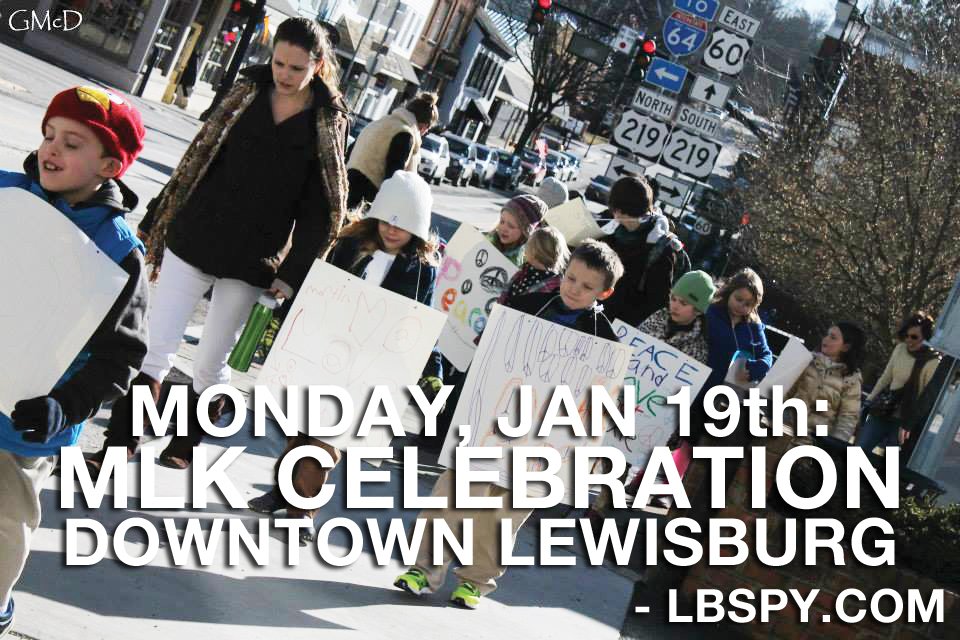 A year later, here we are, continuing to honor the tradition of the celebration of Martin Luther King, Jr.’s legacy. And while last year’s event brought emotions and passionate opinions from many sides of the issues at hand, sometimes angry, sometimes hurtful, yet sometimes kind and optimistic, I still feel that we can work through […]