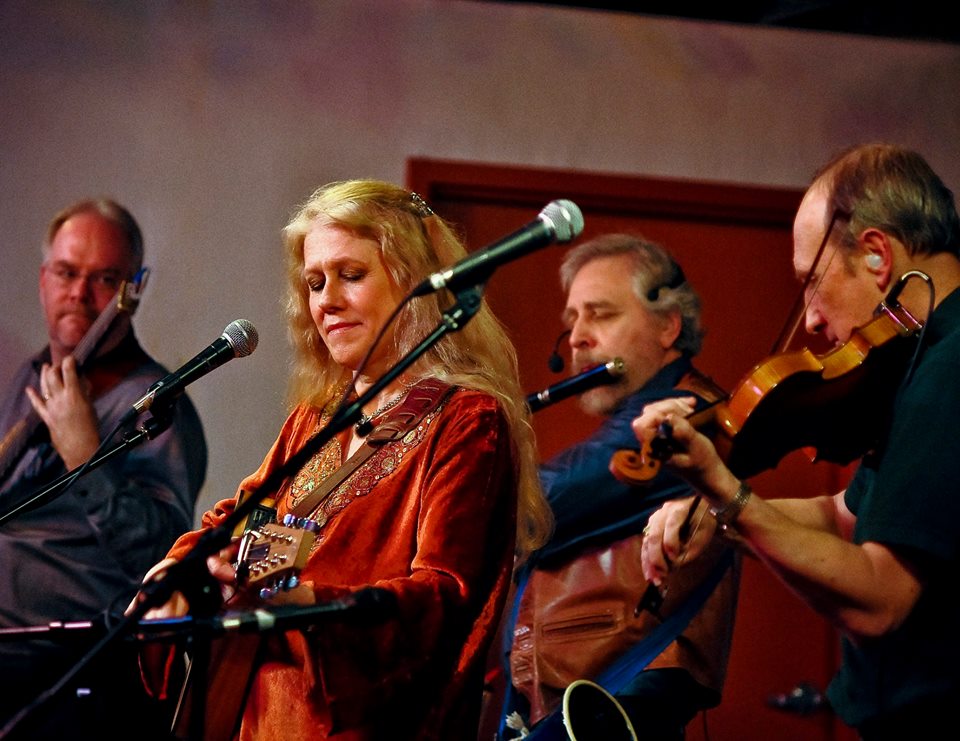 The Washington, D.C. based band, IONA will bring its singular representation of the greatest Celtic songs from all Celtic nations to downtown Lewisburg on Sunday, December 21st from 5-7pm. Hosted by the Irish Pub, IONA treats its audience to high energy entertainment featuring multiple fiddling styles, dynamic dancing, driving percussion, and strong vocals from all the Celtic nations, including America. Presenting the music and dance of all the Celtic countries–Scotland, Ireland, Wales, Cornwall, the Isle of Man, Brittany, Asturies and Galicia–IONA emphasizes that America is not only the repository of all these cultural influences, but also the progenitor of many of its own. Audiences are encouraged to clog along, or dance Breton line dances, and join in singing.

Conceived in 1986, IONA has evolved into one of the top rated pan-Celtic groups in the world. Co-founders Barbara Tresidder Ryan (lead vocals, Celtic bouzouki, guitar and bodhrán) and Bernard Argent (wooden flute, whistles, doumbek, back-up vocals) are joined by Air Force Band veteran Jim Queen on fiddle, banjo and vocals, and Chuck Lawhorn on 6-string bass guitar, whistles and vocals. The group has released eleven albums, the most recent of which, Silver, is their 25th anniversary celebration.

The concert starts at 5pm and tickets are $11 (available for advance purchase at the pub). If you’de like to know more about IONA, or to schedule an interview or request the band’s most recent album A Silver for review, call Barbara Tresidder Ryan at 703-426-1450, e-mail ionavoice@pobox.com, and/or visit IONA’s website at IonaMusic.com.

Earlier in the month, Brendan Sheridan, who hails from Old Castle, Ireland, is performing traditional Irish music from December 11-15th at 6pm.

If you’re looking for a fun night out on New Year’s Eve, check out Greenbrier County’s favorite bar band, The Jarmovers. They’ll be performing blues, soul, and rock n roll from 9pm till late. Admission is $10 and there’s 2 CASH DRAWINGS at midnight.

Check out the Irish Pub this December, grab a pint, and enjoy the company of good friends and music. They are located at 109 E. Washington Street. For more information about any of the mentioned events, call them at 304-645-7386.