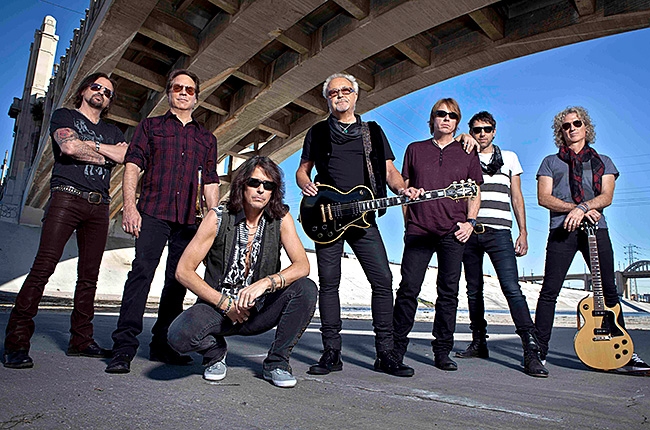 One of the world’s best-selling bands of all time, Foreigner, is on tour and coming to the West Virginia State Fair. The band is traveling throughout the USA and Canada and will be departing from the west coast (Spokane, Washington to be exact) to perform for us on Thursday, August 14th at 8pm. Starting in October, they will tour internationally in the German cities of Bonn, Stuttgart, Munich, Nuremberg, Tuttlingen, Frankfurt, Hamburg, and more. Beginning in the Spring 2015, they’ll be rocking out in France, England, Scotland, Ireland, Israel, and the Bahamas.

Originally formed in 1976, Foreigner is universally hailed as one of the most popular rock acts in the world. They have worldwide sales of more than 80 million records, including 37.5 million albums sold in the United States alone. They have ten multi-platinum albums and sixteen Top 30 hits and are responsible for some of rock and roll’s most enduring anthems including their worldwide #1 hit, “I want to know what love is.” Other well-known songs are “First Time,” “Urgent,” “Head Games,” “Say you will,” “Cold as Ice,” and “Hot Blooded.”

While you’re at the fair, don’t miss out on other talented artist. Here’s the music line-up!

All concert tickets are on sale now for the WV State Fair. To purchase tickets and/or for more information on happenings at the fair, visit statefairofwv.com. For more info on Foreigner, visit foreigneronline.com