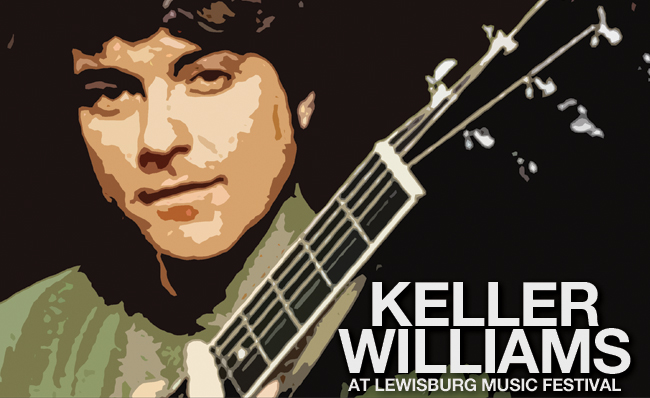 The season of festivals, mountain music and otherwise, is upon us, the Summer Solstice (when the planet’s tilt is most inclined toward its star), passing by, lingering, with its longest day of the year, its many sun-worshippers, music-devotees, dancers-in-fields, singers-on-porches; these days of festivals venerate the season in all its glory. The solstice, recognized all over the world with varied events, holidays, festivals, and rituals, regarding all things spiritual or fertile. And from this day, so begins the season of musical memories, mostly outside, mostly music we love, friends, food, lawn chairs, laughter and celebratory bonding, this oath of sharing music.

Lewisburg’s Carnegie Hall is jumping on in with its first annual Lewisburg Music Festival, featuring multiple Americana and “roots” acts. With on-site food and beverage vendors, the day will be friend and family friendly (all ages), on the lawn area from Carnegie to the North House Museum. Having been funded through a $10,000 grant through the National Endowment for the Arts “Challenge America Fast Track” grant program, providing support to small and midsize organizations for projects that extend the reach of the arts to underserved populations, the festival is scheduled to start at 2:00pm on Saturday, July 26th. …And here are the performers you will see!

Keller Williams, known for his “one-man-band” style looper-pedal skills, multi-layers his solo performances into a more abundant sound. He also currently hosts the radio show Keller’s Cellar, which has a live online stream from Wally Cleaver’s in Fredericksburg, VA.

Yarn, a true Americana-styled band started in 2007, having developed into a hard-working, hard-touring band devoted to their fans like few other bands. They are all about online and social sharing of their music, with daily posts, local radio, and small town venues. Their devoted followers are known as “the YARMY”, and they helped raise money with a Kickstarter to help fund the band’s recent album.

The Steel Wheels, a four-piece string band who have stayed true to their roots and community, bring a blend of old-time, soulful mountain music, and original innovative signature style. Go to their website (thesteelwheels.com/videos) and listen to their cover of Tom Waits’ “Walk Away”, and you’ll see exactly what I’m talking about. This version of an already great song is everything you want, with lyrics only Waits can render, starts off with “Dot King was whittled from the bone of Cain, with a little drop of poison in the red red blood..” Yes, yes, yes.

Nora Jane Struthers & The Party Line, a self-proclaimed story-teller through song and performance, “crafts vignettes” about imaginary people’s lived. Mostly her songs on her album “Carnival” are written from a female perspective, through the stages of their lives. Traditionalist roots are evident all about her writing, and you can hear a nice sampling here: norajanestruthers.com/discography/carnival/

Mandolin Orange is a little duo I fell in love with when listening online a bit to research my column. They have a pure, clean, resonance, unsullied and beautiful, using both acoustic and electric guitars, mandolin and a hand-me-down fiddle. Having the sense to leave out what isn’t necessary, Andrew Marlin and Emily Frantz won me over with what they describe as a “heart-worn sensibility”, which is right on the mark. Check out on Youtube their flawless cover of Dylan’s “Boots of Spanish Leather”. Listen with good headphones, and weep with joy in reverence for that music being carried on. Really, I could weep when I hear it. Tasteful perfection.

And joining the roster is (almost) our own The Wild Rumpus, bringing to us always a style they have characterized called “Appalachian Stompgrass”. Hailing mostly from Fayetteville, WV, they’re an original string band fronted for the most part by singer/songwriter/barefoot-performance-promoter Andrew Adkins, exuberantly joined by bassist Clint Lewis, and local-boy-done-good Allan Sizemore rounding out the mix. They draw from a pretty wide variety of influences, and have a style that only sounds like themselves, absolutely a compliment in their case. And they have a look that I love, nice suits, vintage. (Thank you to Allan for starting a fire in the woodstove for me in a recent dream. This is NOT a metaphor. Sometimes a fire is just a fire.) So come out and, as they say, shake yer rumpus.

For more information on this new event, visit online at lewisburgmusicfestival.com.