Caving: Do it in the Dark at Lost World Caverns and Organ Cave! 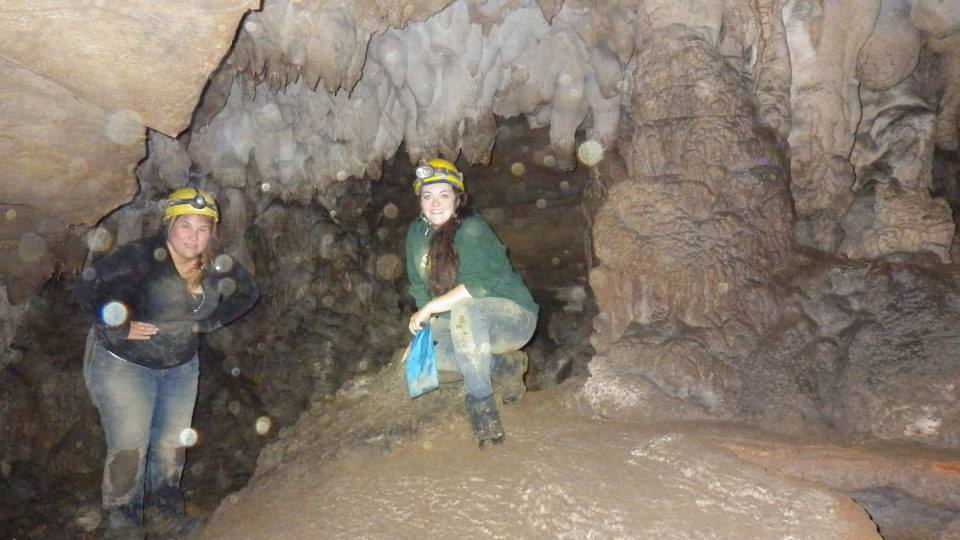 Want to talk dirty? Then let’s talk caving! Beneath your feet lies an entire wild world, vastly unexplored. So if you think you know the Greenbrier Valley, think again! Greenbrier, Pocahontas, and Monroe counties alone boast thousands of known caves and miles of passages spanning through an underground system like veins in the earth. Some lie still, dried by the passing of time; others flow with life and energy, drenched in rushing streams and waterfalls. Those curious enough to venture into the depths know that each cave has its own story that is told through its unique exhibitions of geology, hydrology, and ecology.

Chances are, you probably have been to or have at least heard of the area’s two commercial caves- Organ Cave and Lost World Caverns. Both attractions represent two very different types of caves, each with its own distinguished features that keep visitors and locals coming back year after year. Organ Cave boasts a rich display of natural history and is one of the longest cave systems in the United States, making it a hotspot for many different fields of study. It is also steeped in the history of the Civil War from when soldiers mined the cave for saltpeter, a component used to make gunpowder for their ammunition. The claim to fame for Lost World Caverns comes from its natural beauty and splendor.

One of the more decorated caves in the area, it quietly boasts numerous formations, such an enormous compound stalactite weighing in at 30 tons (presumably one of the largest in the country) and appropriately named the Snowy Chandelier. Walking tours are available through each of these commercial caves and are a great way for anyone to start learning about the astounding differences and distinctive qualities that each cave has to offer.

If you find yourself itching for more thrills and the thought of getting a little dirty while climbing and crawling into bigger adventures excites you, then by all means, a guided wild tour through Lost World or Organ Cave is just the thing for you. Wild tours provide a more in-depth exploration into these underground systems and might just get you hooked on a great new hobby that allows you to see the world from a whole new perspective.

So what happens if either of these amazing commercial cave tours fills you with an insatiable desire to delve further and deeper into the depths of the Greenbrier Valley? The answer is to join the many other like-minded people in the area that have been perusing underground to satisfy their thrill-seeking souls and to indulge in their curiosities about the natural world. You can begin this great new adventure in your life by contacting the area’s local caving organization, the Greenbrier Grotto, where you can learn and share experiences with everyone from seasoned pros to beginners.

Whatever your reason for joining, be it physical exercise, cave conservation, scientific interests, or sheer curiosity, the Greenbrier Grotto can provide you with all of the resources to expand and grow in this fulfilling activity that can be enjoyed year round and, for many people, all throughout life at any age. So get out, get dirty, and explore the world down below with wonder and willingness to see things in a new light- the light of your headlamp, that is! Happy caving!

For more information on the Greenbrier Grotto, contact President Bill Balfour (bal4karst@hotmail.com) or Secretary Jessica Reep (j.reep@aol.com) or just drop in to one of the meetings that are held the second Wednesday of each month at 7:00 PM at the Greenbrier County Emergency Ambulance Service building in Fairlea.