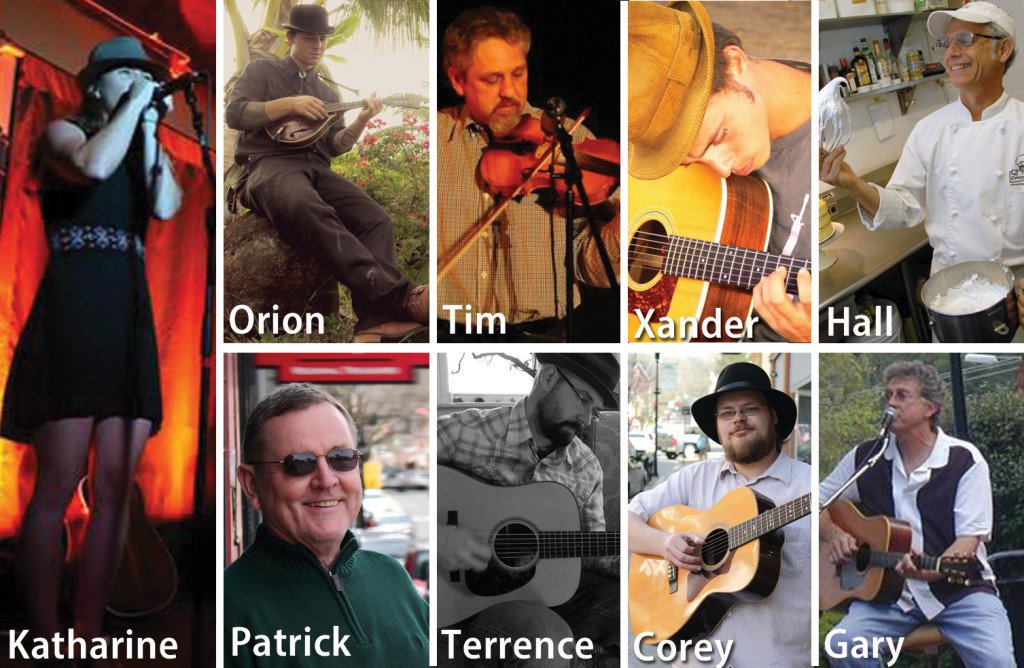 It’s hard to find someone living, or even visiting Greenbrier County who has not heard of The Crazy Baker. We love his “Crazy Good” Granola and his desserts at Stardust Café. Morgan Murphy most recently recognized The Crazy Baker’s Panforte. Murphy is a southern food critic who has a series called, “Off the Eaten Path” in where he sets out on road trips across the country. You can find Murphy’s review of the Crazy Baker’s Panforte on Parade.com’s 5 Celebrated Foodies who share their favorite travel treats.

Please put this article on your refrigerator, tag us: facebook.com/LBSPY to R.S.V.P. & come out to support The Crazy Baker and his family.

Unfortunately, The Crazy Baker, aka Hall Hitzig, now needs help from his community that he loves so dearly. He is currently undergoing rehabilitation for an injury he suffered during the Wheels of Hope Bike Ride on July 20th. He’ll be out of work for the next few months. While he would never ask himself, his loyal friends and family are putting on a fun music event/fundraiser called The Baker’s/Biker’s Lament. It will be held at the Irish Pub in downtown Lewisburg on Sunday, August 18th from 3-9pm. There’s a minimum donation of $10. Let’s do something different to truly show our support… Please put this article on your refrigerator, tag us: facebook.com/LBSPY in a facebook photo (or message/email us) to R.S.V.P, and come out to support The Crazy Baker and his family.

The music starts at 3:30pm with Patrick O’Flaherty. Patrick is a talented multi-instrumentalist musician who lives here in Lewisburg. You can find him performing regularly at the Irish Pub when he is not touring. In his performances, Patrick plays several instruments and sings in both Gaelic and in English. Find him at: poflaherty.com

Local musician Corey Lee McQuade will play from 4-5pm. Always a crowd pleaser, his one hour set may consist of singing, playing the dobro on his lap, finger picking and flat picking guitar, and/or claw hammer banjo. He plays folk, country blues, old time, and country music. Find him at lbspy.com

Originally from the west coast and performing professionally since the age of 17, Gary Roper will play from 5-6pm. His music covers a broad spectrum of musical styles ranging from Dylan to Springsteen, as well as originals.

Starting at 6pm, Terrence Zimmerman will play old time and bluegrass music with a guitar and/or banjo. Zimmerman, who’s performed alongside national flatpicking champions for years, plays his own instruments with such mastery that he’s earned the title of “twelve finger Zimmerman.”

LBSPY’s very own Future Doc columnist (see pg 12), Tim Pence, will play later in the evening. Not only is Dr. Pence a highly experienced chiropractor, he is an Irish fiddler extraordinaire and member of the band, Poteen.

Here at LBSPY, it warms our hearts to see this community come together once again for someone who truly embodies what it means to be a part of Greenbrier County. Please come out and show your support while having a great time. Find The Crazy Baker at
thecrazybaker.com.