Alt-country, Independent Country, Outlaw Country, Honky-tonk… Whatever you want to call it, Matt Woods of Knoxville, TN and Adam Lee of Kansas City, MO are the real deal, and they’ve come together on their “Connoisseurs of Lesser Things” Tour to bring their brand of country to our region. Their tour kicked off February 16th in Charleston, SC and will make stops in the south and mid-west including many in Florida, Georgia, Illinois, Indiana, Ohio, Tennessee, and – wait for it – The Eager Beaver in Hillsboro, WV on Saturday, March 2nd!

Matt Woods has been a figure in the East Tennessee music scene for the past ten years and has performed in several bands as well as working as a solo artist. Woods has shared the stage with the likes of CAKE, Drivin’ n’ Cryin’, Will Hoge, Shannon McNally, Kevn Kinney, Roger Clyne (of The Refreshments), The Corduroy Road, Tim Lee, Mic Harrison (of the V-Roys and Superdrag), Doug Gillard (of Guided By Voices), Two Cow Garage, Col. Bruce Hampton & the Code Talkers, Zac Brown, Graham Colton, Brian Vander Ark (of The Verve Pipe), The Features, and a seemingly never-ending list of talented independent artists from points around the globe.

“Some folks call what I do Americana, but I have a hard time putting a label on things like that. A lot of my songs are very much based in classic country music while others are grounded in straight forward and greasy rock ’n’ roll,” Woods explains. “I write what is ready to come out and try to be as honest as I can about it.”

As for Adam Lee, he toured Europe in Winter 2010 in support of his and his band’s album, When the Spirits Move Me by Adam Lee & The Dead Horse Sound Company (Johnny Kay, electric guitar and mandolin; “Bommerang” Dave Buchman, upright bass). Until recently, Lee has been playing “straight-up honky-tonk country,” Lee describes. “Lately, I’ve been focusing more on songwriting for my solo work, which is more along the lines of dark Americana with a healthy dose of swinging country.” 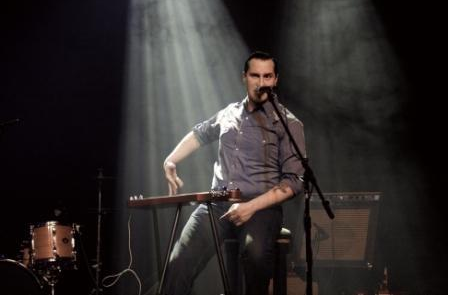 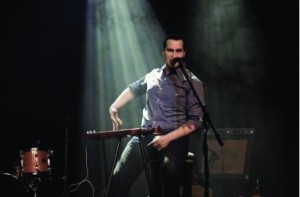 For their upcoming show on March 2nd at The Eager Beaver, each will be playing solo sets. Woods will be playing songs off his albums The Matt Woods Manifesto and Broken Strings & Beer Specials: An Acoustic Retrospective, as well as songs from his new record slated for release in Fall 2013. Lee will be performing songs from his full-length solo record due out in Fall 2013, songs from an EP specially released for this joint tour, and records with his band The Dead Horse Sound Company, When the Spirits Move Me and Ghostly Fires.

You can check out Matt Woods’ music before the show at: therealmattwoods.com, and Adam Lee’s music at: adamleeband.com.