Restaurant Gigs are Tough for Musicians 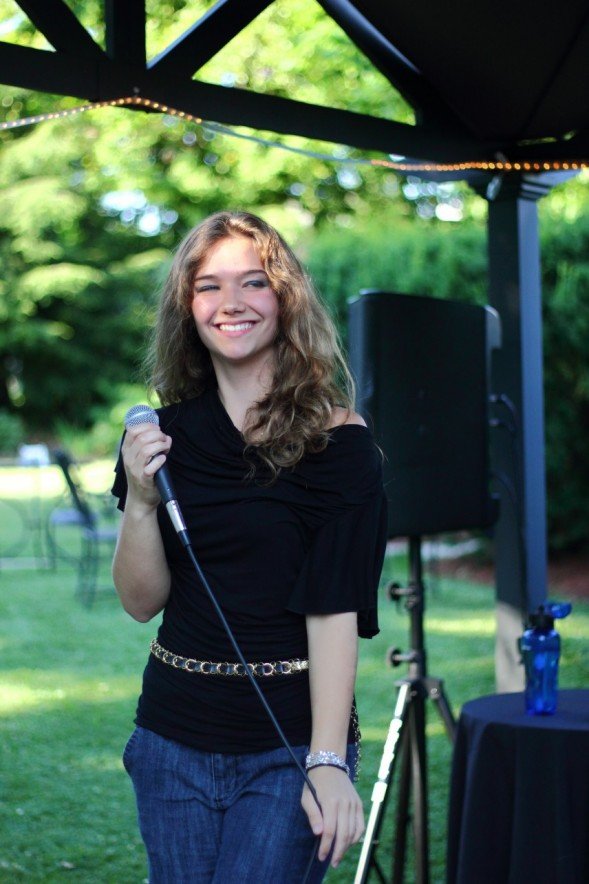 Restaurant gigs are tough for musicians. Also, the venues less known for music than food, for swing-sets, for bathrooms, for small-talk, suit-and-tie networking for conventioneers, or with whisky as first priority are often not the ideal. Don’t get me wrong, managers of the aforementioned locations. We often do need the jobs and the exposure, but please, please pay us what we are worth! And respect what we do.

We call them “wallpaper gigs”, because you know in your heart that you are wallpaper. Or you may be an appetizer, you may be a cocktail, but you are not the main entrée, for sure. However, musicians, when you think no one is being reached by your music, you may be wrong. Those folks at that little table in the back may completely and adoringly love you. Yet, the waiters may be plotting to kill you. The manager may be counting exactly how many drinks you have consumed. But you often won’t know, as you pour your heart and soul out for people ingesting victuals of one variety or another. They may be on their way to another place. They may be passing through. You are not the main feature. Often there is no applause to reinforce your importance. Years ago my ex-partner and I were playing a gig at a bunch of tourist stops along the turnpike. The money was good, but the appreciation was meager. At one point I thought I was hearing just a bit of applause, and (I swear this is true) it was just a lady spanking her kid! So it goes for the life of a musician just trying to make her way through this crazy world.

This Saturday with LBSPY editor and partner in crime, Christina, along with my ever-patient husband, had a lovely dinner at Bella Casa. Delicious barbecued chicken breast, spinach ravioli with Alfredo sauce, beef brascioli Oscar style with Romano chees, crabmeat, and asparagus…all yummy and out first concern. After the Apple-cherry cooler, that is. Delicious!

What leads me into this is that there was a lovely young girl named Erica Rebinski singing her little heart out for the patrons. She sang for us as if we were at the Birchmere, giving it her all. Hailing from just down the road a bit, near Green Bank, WV, she’s making the rounds of mountain state festivals, fairs, theatres, and pubs for the summer. Having just graduated from high school (did I mention YOUNG?), this 18 year old has the whole world ahead of her. She’s trying to make a little extra cash to augment her college fund so she can attend Alderson Broaddus College in Philippi , WV , this fall, majoring in music. Giddy with youth, and full of promise, she put herself out there with her lovely voice, doing a variety of songs by a diverse range of artists, none of whom had much in common. If I had any advice for her it would be to channel the choices on a less circuitous path and zero in a bit on what truly speaks to her heart. She was backed up by one guitarist, Ron Hall, a former music teacher and veteran musician.

She covered songs by Martina McBride, Stevie Nicks, Fergie, Carrie Underwood, LeAnn Rimes, several other country artists that are not in my lexicon of reference, a contemporary sampling of “songs she likes”, top 40, “light pop”, and more. Fair enough, but I felt she was (and I don’t mean this negatively, in the least, so Erica, don’t feel like I’m trying to discourage you if you are reading this) needing a little diversity of style to match the diversity of song choices. There was a certain sameness to the interpretations, but that’s just a matter of personal style. Full of life and with her bubbly personality, this lovely girl won over the diners, and was a nice addition to the atmosphere, despite my (at times) cynical approach. Having never been in a band and oblivious to the stigma of the “wallpaper gig”, she was vivacious and sparkling, with a wonderful support team of family and friends managing and promoting her. Erica is just a sweet, sweet girl, out there doing her music, loving what she’s doing, and enjoying these times in her life. It’s all good. She has upcoming shows including Festival Friday’s in Buckhannon on July 20, at the wonderful Pocahontas Opera House in Marlinton , (a daytime benefit on July 28, so call for information), and back in Lewisburg at our own Irish Pub on August 2. You can hear song samplings and read her bio at www.reverbnation.com/ericarebinski or check her out on facebook at www.facebook.com/erica-rebinski/399351263412720 . Her business card says, “Chasing dreams and making them a reality…”

Another group, again young, young, young, who will be playing at Bella Casa on the July First Friday, is bluegrass band Harmony Creek Junction. Made up of mostly recent high school graduates (this is so encouraging to have all these kids out there playing), they are now working on a gospel album called “God’s Chosen Road ”. They do contemporary bluegrass covers and have now added an original or two. It all started when several members pitched in together on a whim to buy a used banjo. And from there grew this band. Members include bassist and Bella Casa waiter Sam Romine, lead singer Garrett Shepherd, guitarist Davis Wood, banjo player Brennan Wood, mandolin player Matt Mullins, and yes, “spoon-ist” Brandon Collins. You can find them on Facebook.

Encourage these young musicians all you can. Raise a fork to toast their technique! Tap your spoons on your wine glasses to show your appreciation! Put a little something in their tip jars to let them know you were listening. That’s how they find their way musically, and it’s always a positive avenue if the passion is there. Bon appétit!