World Famous EZ Rats Saloon is owned and operated by Robert Hambrick and Ezra (Eddie) Tincher. Managed by Charlene. EZ Rats opened a little over 6 months ago, on August 12, 2011.

“This is a bar where the beer is always on ice”

Some of you may be wondering what the “World Famous” and the “EZ” in EZ Rats means. The name EZ RATS derives from Eddie’s real name, Ezra. Eddie is an artist and if you visit the bar, you’ll notice his paintings all over the place. Thinking big, Eddie came up with world famous as he hopes to see his artwork across the globe. The EZ derives from Eddie’s real name Ezra. On his paintings, he signs his name EzraT. Beginning as a joke, friends of Eddie’s took his signature and started calling him EZRAT.

Before EZ Rats Saloon was set up, the space was used for couple’s dancing and was owned/managed by Robert. Because Eddie has been in the club business for 11 years, Robert felt inclined to partner up with him and renovate the space into a fully operational bar.

For anyone who’s visited EZ Rats, it’s hard not to notice the names of their specialty drinks, including the Beach Rat, Rat Doobie, Awwwhelll, Slap aho, and explicitly the Pussy Bomb. Like everything at EZ Rats, there’s a story behind everything, including the Pussy Bomb. Eddie and his friends developed this shot when they ran out of Red Bull to make Jäger Bombs. Eddie’s friend took Country Time pink lemonade out of the fridge and suggested mixing it with the Jäger. The mix worked. The Rat Killer is a new drink that’ll be ready sometime in March.

Among the drinks, EZ Rats is becoming known for its late night food service. The bar serves food until 2am everyday. Eddie’s favorite bar meal is the EZ “3” Cheeseburger, with includes Pepper Jack, American, Provolone, and/or Swiss. His other favorites include munchies off the $4 appetizers list: Deep Fried Jalapenos and Deep Fried Pickles. This summer 2012, EZ Rat’s is introducing “Wing Night.”

Not only are there interesting drinks and late night food, but EZ Rats also allows free downloads of music in their jukebox to all customers. There’s also a Happy Hour Monday-Thursday, 11-6pm. Every Sunday, you’ll get $2 Domestic Beer. You can also win a free shot if you play a coin toss game across the bar called, “Win a Shot.” EZ Rats also has 3 pool tables, large flat screen tv’s and a dance floor, which is perfect for Monday Night Karaoke with Penny C.

“It’s an everybody bar”

If you’re looking for a fun night where you can talk with the bartender and enjoy the company of friends over a beer, appetizers, and some games, visit World Famous EZ Rat’s Saloon. Mon-Fri: 11-3am : Sat: 12pm-2:30am ; Sun: 1pm-3am. 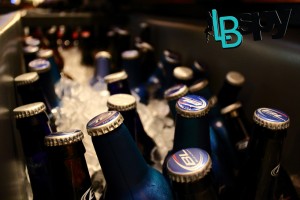