There’s Something for Everyone at the Irish Pub, Lewisburg 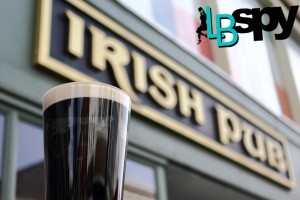 The Irish Pub in downtown Lewisburg is the perfect destination for a fun night out. The owners of the Irish Pub began their Pub life down in New Orleans. In 1990, Irish musician, Patrick O’Flaherty and his brother opened a pub in the French Quarter, called O’Flaherty’s Irish Pub. Andrea started working at O’Flaherty’s as a bartender and then managed it for about 10 years.

Andrea and Patrick left New Orleans in 2000. For years, they searched for the perfect location for their own Irish Pub. Andrea’s parents, who are natives of the area, found an vacant space downtown and called the pair. Andrea and Patrick moved in and opened the Irish Pub on Washington Street in 2006. Since their opening, the Pub has grown to be a distinctive feature of downtown Lewisburg. This is a place where customers become regulars. These folks share an enjoyment for authentic Irish music, food, drinks, and other entertainment.

The Irish Pub’s focus is on the total Irish atmosphere.

When he isn’t traveling for Celtic shows, Patrick is a regular performer at the Pub. You can see him perform traditional Irish music every Wed. through Sat, 6-11pm. Other Pub performers include Gary Roper, Thursdays, 5-7pm and Chris Neil, who plays the1st and 3rd Sat & Sun of each month, 3-6pm.

To encourage customers to try their beverages, the Pub fosters a “Whiskey List” and “Beer List.” Those who complete the Whiskey List, which includes ____ different whiskeys, are pictured on the wall and receive an Irish Pub t-shirt. For those who finish the Beer List, which includes over 100 beers, they receive a snug Irish Pub hooded sweatshirt. The customer also has their name carved in the wood above the bar. Over 400 customers have finished their beer list and about 100 have successfully completed the whiskey list.