In the Spirit w/ Tales of Tequila During Cinco de Mayo

The month of May and the celebration of Cinco de Mayo seems to be the perfect time to share the history of Tequila. There is something to be said about the back story of a spirit and knowing that information gives you more appreciation for the product. Have you ever heard the saying “All bourbon may be considered whiskey but not all whiskey can be classified as bourbon”?  The same is true for Tequila and Mezcal.

All tequilas are technically mezcals, but not all mezcals are tequila.

All tequilas are technically mezcals, but not all mezcals are tequila.  Also, just like bourbon, tequila distillers have a set of rules they must abide by: proper location (tequila is produced in 5 regions of Mexico and Mezcal produced in 9 different regions), appropriate ingredients must be used, and any Reposado and Anejo are aged for the correct amount of time.

“In the 1970’s, when Tequila became the property of Mexico, the government made it into law that tequila must be produced and aged in specific areas of Mexico….”

It is believed the Aztecs enjoyed a drink named pulque, produced from the sap of the Agave plant dating back to 1000 B.C. Centuries later, around the 1400’s, the Spanish began distilling Agave, producing the shot of choice we all know and love today, Tequila!  The first distillery was built in the early 1600’s in what is known as Tequila, Jalisco.  The Cuervo family began distilling in 1758 and the Sauza family in 1873.  Tequila and Mezcal are both produced from harvesting the core of the Agave plant.  Mezcal, cooked in pits lined with lava rocks and filled with charcoal and wood, is then distilled in clay pots.

Tequila is made from steaming the agave in an oven and then distilling multiple times in copper pots.  Another similarity to our beloved native spirit, bourbon, is both Tequila and Mezcal are aged inside oak barrels. Aging time for Blanco or Joven for Mezcal, is 0-2 months, Reposado is 2-12 months and Anejo is aged for 1-3 years.  Fast forward to Prohibition, tequila could also be found in the homes of American scofflaws. Later, in the 1970’s, when Tequila became the property of Mexico, the government made it into law that tequila must be produced and aged in specific areas of Mexico and also made it illegal for other countries to produce or sell their own tequila.

There are many tequila-based cocktails, but the classic and most popular is the Margarita, originally named Tequila Daisy and created by an Irishman named Madden in Tijuana, Mexico in 1936. Madden admitted to James Graham, owner of Moville Mail newspaper in Ohio the creation was a mistake by simply grabbing the wrong bottle when mixing a drink.

“fun fact, the word for daisy in Spanish is margarita. This classic cocktail is still a favorite today and is served in homes, bars and restaurants around the world…”

The original recipe for the Tequila Daisy wasn’t divulged to Mr. Graham by Madden, but if you mix a Brandy Daisy, a well-known pre-prohibition cocktail, but reach for the tequila instead…..Also, fun fact, the word for daisy in Spanish is margarita. This classic cocktail is still a favorite today and is served in homes, bars and restaurants around the world, the recipe may vary based on personal preference or flavor choice.

At The Greenbrier, guests enjoy our Peach Margarita made from House-Made Ginger-Infused Tequila with a hint of Orange Liqueur and Greenbrier Peach Puree.

When celebrating Cinco de Mayo this year, may you have a different respect and enjoyment for those Margarita’s you plan to consume!

As always drink responsibly and Cheers! 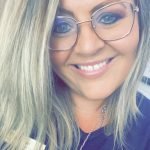 Amy Hoke, a native of Covington, VA, spent the first 15+ years of her career in the Customer Service, Administration, and Hospitality industries.  Providing excellent customer service to others has always been a passion of hers.  In October 2014, Amy joined The Greenbrier as the Food & Beverage Administrative Assistant, without any prior experience in Food & Beverage, but she was ready for a change, excited to learn and The Greenbrier was willing to take a chance!  Through the years, Amy’s position has evolved and grown with many new opportunities awarded to her.  She is now the F&B Service Operations Manager, overseeing the beverage department for the resort, and has recently earned her certification with the Council of Whiskey Masters as a Certified Bourbon Professional.

This author does not have any more posts.