Saturday, March 12: Michael & the Pentecost to Descend Upon Cross Creek on Main

Michael & the Pentecost’s most recent single, 2020’s “Revisionaries,” bares a striking resemblance to Tom Petty & the Heartbreakers, although that was never the intention. In fact, the Roanoke-based band pulled from Neil Young for its throbbing musical veins. “So much so that I nearly trashed it,” admits frontman Michael Roberts, “but my old bass player talked me out of it. That song came together very quickly. The lyrics are about longing for an unrequited love and pondering your own contributions to that type of situation.”

The comparisons aren’t totally unfounded, considering how Roberts grew up on a healthy musical diet from The Doors to Jimi Hendrix. “I remember hearing ‘Break On Through’ at about 10 years old and thinking it sounded as vibrant and present as anything new on the radio at that time,” he reflects.

Three records, in particular, became his obsession. “The first few that come to mind are ‘ElectricLarryland’ by Butthole Surfers, Jimi Hendrix’s ‘Band Of Gypsys,’ and Oasis’ ‘What’s The Story Morning Glory?’. I had all three on CD, and I can recall playing them even while I slept,” he says. “If I could pinpoint one thing from each, I’d say Butthole Surfers showed me that a band did not have to be pigeonholed by a single genre or style; Hendrix showed me the immense force a rock band could have; and Oasis showed how to write incredibly catchy songs without necessarily being ‘pop’.”

Once based out of Phoenix, the three-piece are relatively new to the Roanoke music scene. The move, Roberts shares, stemmed from “a culmination of things the housing market, family, sheer boredom. I won’t say there aren’t things I deeply miss about the desert, but I’ve been pleasantly surprised with Roanoke as a city and the area, in general, as it relates to music.”

The band first formed five years ago, a project initially “conceived with the idea of songwriting being the central focus,” notes Roberts. “I think doing so has forced me to improve as a writer. As far as performances, I think over the past few years we’ve really begun stretching our legs. At this point, we’re equally comfortable playing a full-bore rock show or an intimate acoustic set. All of my favorite bands and musicians have that versatility, so it’s definitely something we strive for as well.”

Michael & the Pentecost head to Cross Creek On Main in White Sulphur Springs on Saturday, March 12. The show begins at 7pm. In terms of new music, the trio expects to release a single ahead of summer, with two EPs also locked and loaded for release within the next year. “Beyond that, we’re slowly working on a slew of material for a full-length record,” teases Roberts. 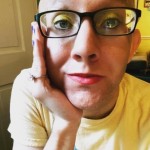